The Daily Nexus
News
Study Measures Plastic Thrown in Ocean
February 18, 2015 at 3:24 am by Juliet Bachtel 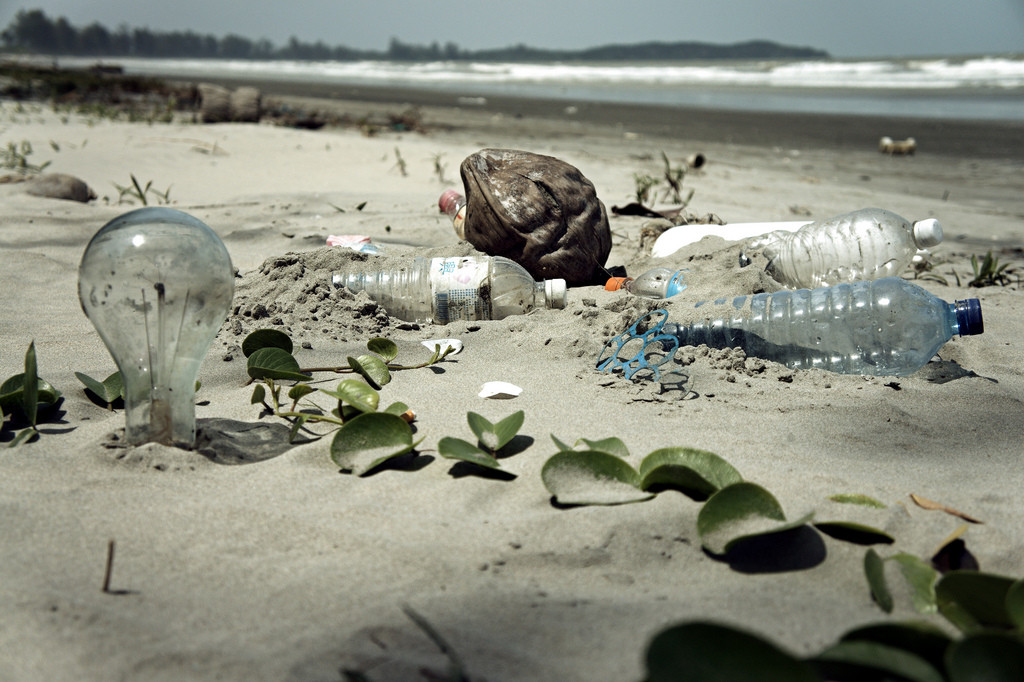 A recent UCSB study found that up to 12.7 million metric tons of plastic waste are dumped into oceans each year. Photo by epSos.de on Flickr via Creative Commons

As much as 12.7 million tons of plastic waste have been dumped into the ocean every year according to research by UCSB’s National Center for Ecological Analysis and Synthesis (NCEAS) published Thursday in the academic journal Science.

Following a number of previous studies that have measured the impact of plastics on marine environments, the NCEAS study is the first to measure the amount of plastic that enters the ocean worldwide. According to the study, as much as 4.8 million to 12.7 million metric tons of plastic are discarded into the ocean annually and 83 percent of that waste comes from the top 20 developing coastal countries, with China ranking first, followed by Indonesia and Vietnam and the United States ranked in twentieth place.

Associate Professor of Industrial Ecology and co-author of the study Roland Geyer said the estimates were calculated using solid waste data, population density and economic status to determine how much plastic waste is generated per country.

“You can’t just go catch some plastic everywhere in the ocean — it’s just not feasible economically or with our current technology,” Geyer said, “Plus some of the plastic is denser than water and sinks to the ocean floor, which can be 14 kilometers under, so we had to try a different approach.”

According to Sea Education Association research professor Kara Lavender Law, who is also a co-author of the study, plastic in the oceans remains in the environment even if it degrades into smaller and smaller pieces, and much of the plastic in the ocean sinks to the bottom which “makes it more difficult to find more precise estimates,” Law said.

“The world generates so much plastic and plastic doesn’t go away, so where does it all end up?” Law said. “On beaches, in floating patches in the water and even broken up into little pieces to be eaten by fish which will eventually be consumed by humans.”

According to Geyer, the best solution to plastic pollution is to develop better waste management rather than to attempt the logistically challenging process of cleaning oceans.

“We can only cover so much ground and the ocean is miles deep,” Geyer said. “There are some plastics as big as plankton and to clean that up, we would be destroying the base of the marine food chain. The best course of action is to hit it where it starts and promote and develop better waste management programs and facilities, especially in developing countries.”

Second-year earth science major Angie Martinez said she is hopeful that the study will make people more sensitive to environmental issues, which she attributed to “rampant greed throughout our society.”

“Manufacturers and retailers have a lot to answer for with regards to waste plastic,” Martinez said, “It’s honestly so sad that we destroy the environment just to make a temporary penny. But maybe this study can change something.”

According to Geyer, the study aims to encourage individuals to take waste management and pollution more seriously.