The Daily Nexus
Sports
Men’s Basketball Defeats CSUN on the Road
February 16, 2015 at 11:00 am by Mark Salay 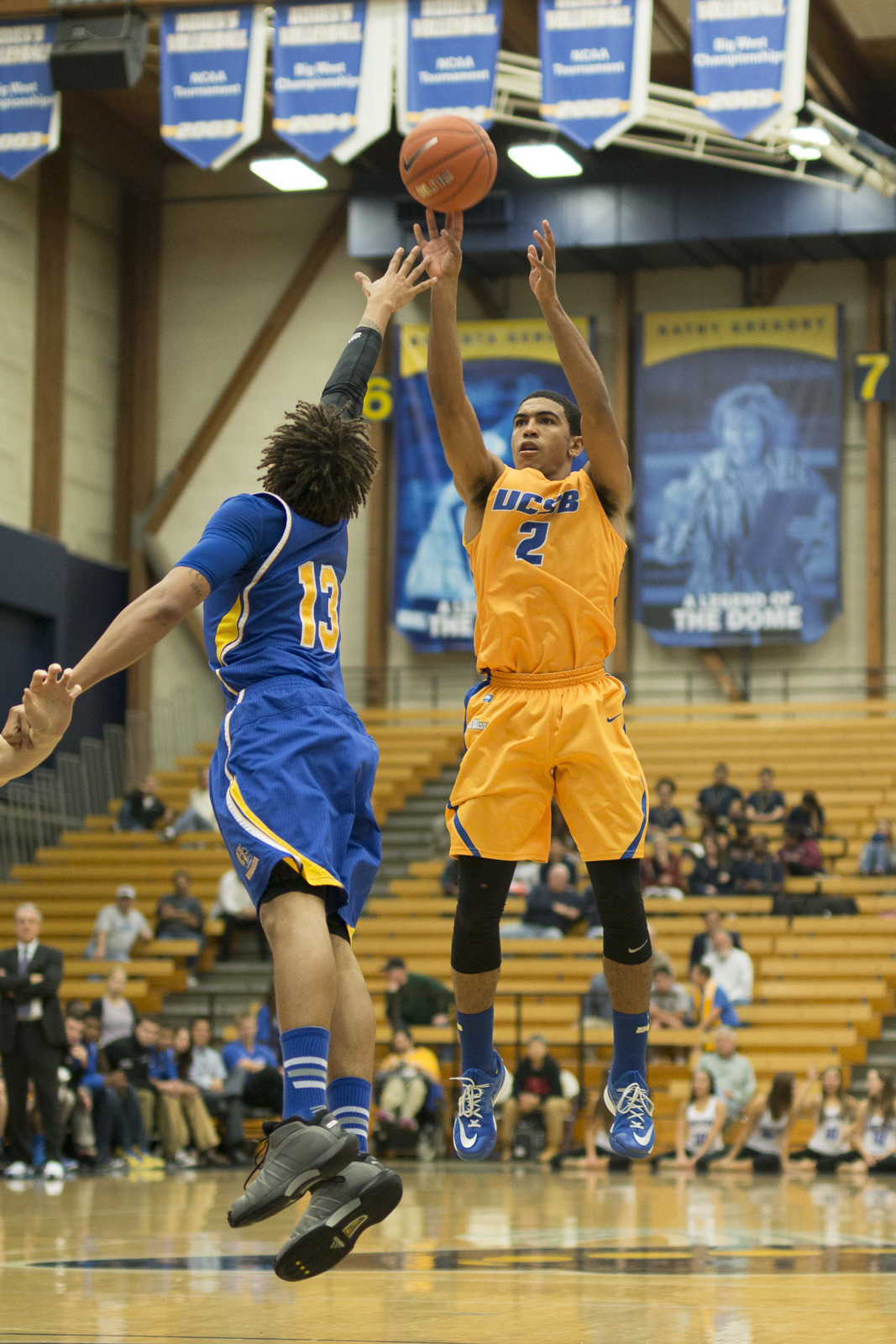 Perhaps the best thing that has happened to junior guard Michael Bryson this season has come at the expense of the UCSB men’s basketball team. Since leading scorer Alan Williams went down with injury three games into conference season, Bryson has stepped in to fill the gap.

On Saturday against Cal State Northridge, Bryson brought his team from behind, scoring a season-high 26 points in the Gauchos’ 65-57 road win. The performance marks the fifth time Bryson has led the team in points without Williams on the floor. More importantly, the win improves UCSB’s record to 6-4 in the Big West and 13-11 overall while the Matadors drop to 2-10 in league and 6-21 overall.

UCSB was down 32-29 at the half but took the lead early into the second half and maintained it throughout the game. Santa Barbara pushed its lead to as much as 10 with 11 minutes left with CSUN not getting closer than five points from that point on.

No other Gaucho other than Bryson scored in double figures; freshman guard Gabe Vincent had the second-highest point total for the team with nine points on the night. However, nine different players on the team scored.

What powered UCSB was its defense, particularly in creating turnovers. CSUN committed 16 turnovers, double the amount the Gauchos had with eight. Santa Barbara took advantage of the turnover differential to score 20 points off of it.

The game was a completely different tale from the first time these two teams met in January when the Gauchos lost to a hot-shooting Matadors team. In that game, CSUN shot 56 percent from the field with senior forward Devonte Elliot scoring 23 points to lead the team. On Saturday, Elliot only put up six points in total. Senior guard/forward Stepthen Hicks, who went off for 17 points in the first game, mustered only 11 points in the rematch.

UCSB now prepares for two games this week that will be televised on ESPN3, against UC Riverside Thursday followed by Cal State Fullerton on Saturday.