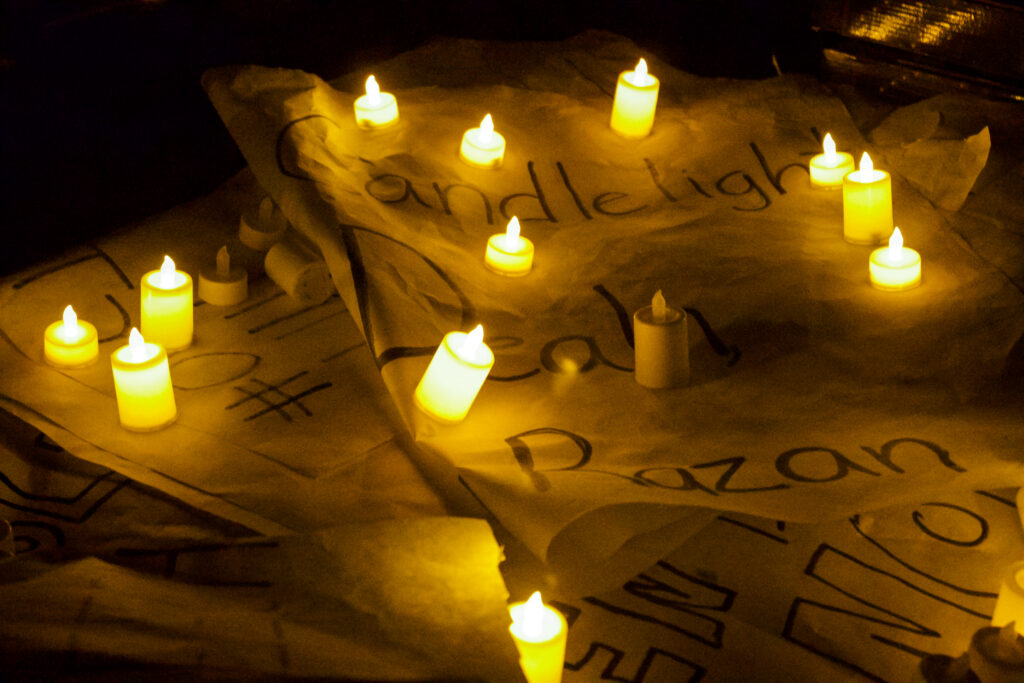 The Muslim Students Association (MSA) held a candlelight vigil at Storke Tower to honor the three victims of a recent shooting near University of North Carolina, Chapel Hill, that some have been calling a hate crime.

The shooter, their 46-year-old neighbor Craig Stephen Hicks, was charged with three counts of murder. Chapel Hill police are conducting an investigation to see if the shooting was in any way related to the victims’ religion or ethnicity. MSA maintains that the shooting was a hate crime. 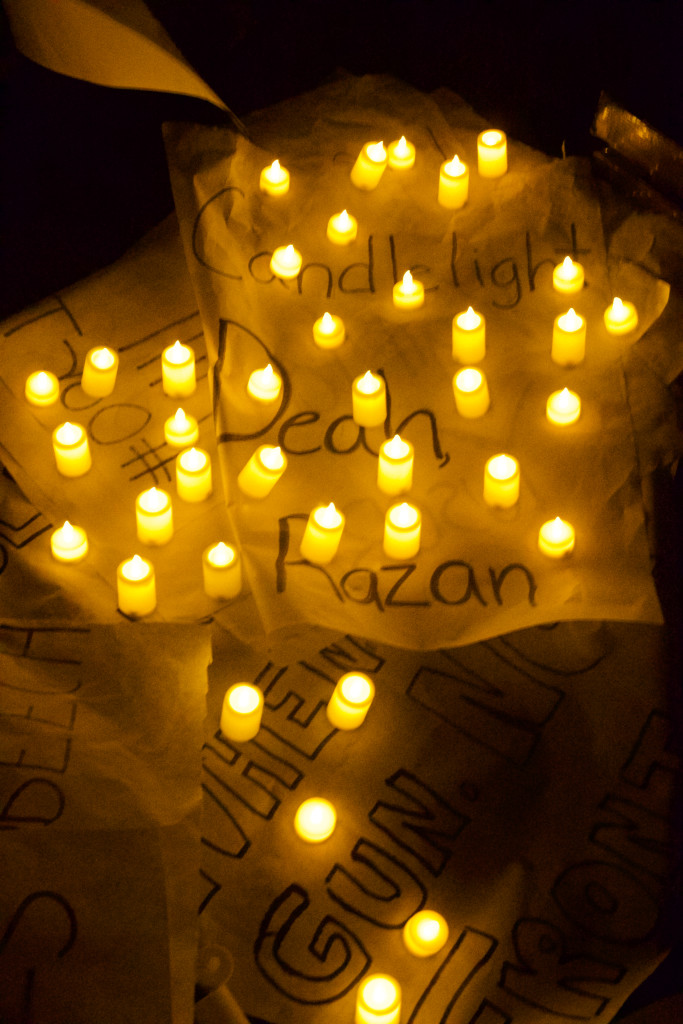 Omar Jishi, MSA member and fourth-year electrical engineering major who attended the vigil, said the shooting is a manifestation of recent Islamophobic sentiments in the U.S.

“This comes at a time when Islamophobia had become all too clear in the way conversations are held and how the media reports the news,” Jishi said.

According to Jishi, the incident highlights discriminatory treatment of Muslims purported by some mass media outlets.

“A Muslim-American Human Rights lawyer was asked on CNN whether he supported ISIS,” Jishi said. “This creates an atmosphere where hatred towards Muslims can become prevalent for no other reason than the God they worship or the attire they choose.”

Jishi also said the MSA views the three students “as our brothers and sisters in faith,” and that the candlelight vigil aimed to bring attention to the Islamophobic sentiment that pervades even college campuses.

Whitney Triplett, a third-year psychology major who attended the event, said the vigil helped create a space in which students could be informed about what happened in Chapel Hill as well as be supportive of the victim’s families.

“It’s important for these types of stories to get out and be made public,” Triplett said. “It’s important to come out and make a statement and let these peoples’ families know that even from here in California we mourn with them.”

“Here at UCSB we know what it’s like to lose students,” Sallak said.

Rabbi Evan Goodman from Santa Barbara Hillel was present at the vigil and said he attended in order to mourn with a fellow religious community on campus.

“I’m very sensitive to both the trauma of these kind of horrible murders at a college campus,” Goodman said. “Especially when it involves a religious community.”

According to Goodman, solidarity among religious communities is especially vital in the midst of instances of hate crime.

“If there was even a hint of this being a bias or hate crime then we need to stand together,” Goodman said. 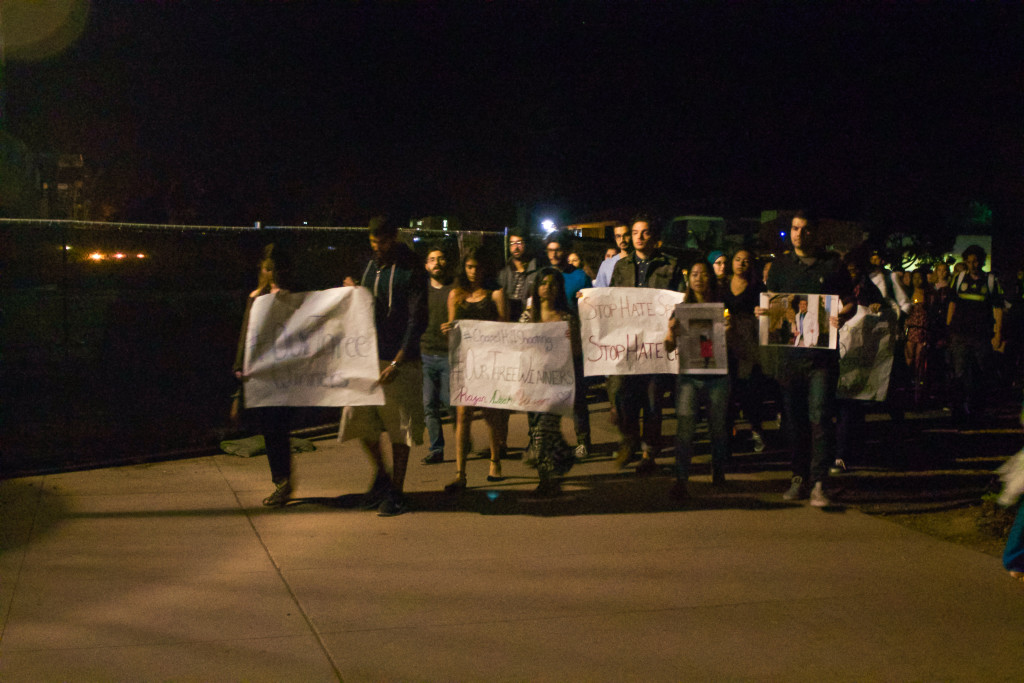 Why don’t you institute the change that you want to see, instead of just whining about what other people aren’t doing on a college news website?

We get it, you don’t like Muslims. How about expressing an ounce of empathy for the dead students this article is about?