The Daily Nexus
Film & TV
SBIFF Awards Steve Carell at Ceremony Looking Back on his Career
February 12, 2015 at 11:08 pm by Alex Wehrung 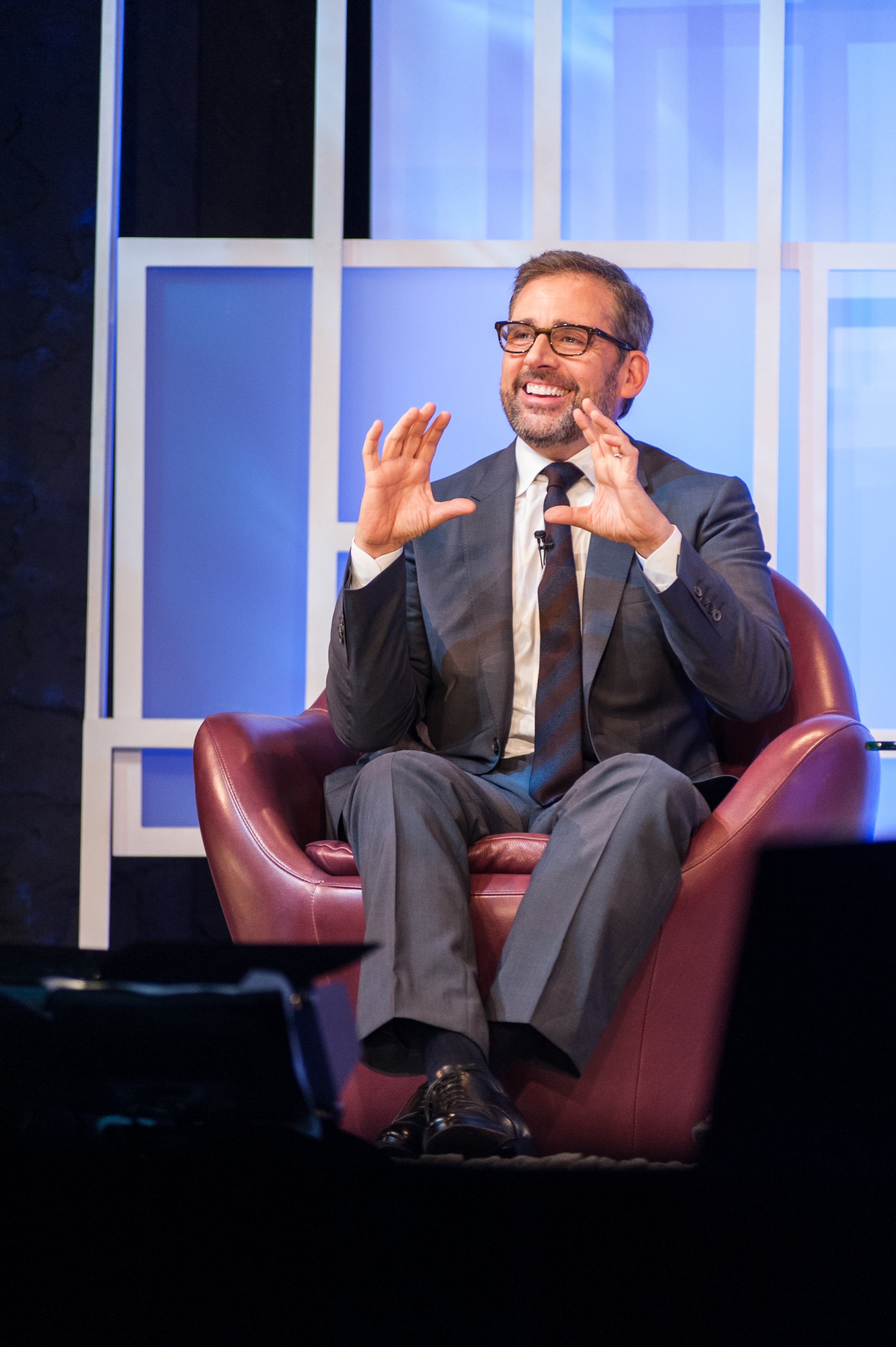 “Woo! Steve!” shouted someone way in the back of the Arlington Theatre.

In one of the front rows, the man of the hour himself shot up in his seat, turned around and yelled, “Hey! Quiet!” in true maniacal Steve Carell form. And just to emphasize how beloved this man is, the rest of the theater exploded into laughs and applause, before moderator Pete Hammond took to the stage to introduce and sing the praises of Carell. Famed for his comedic roles, Carell received the Outstanding Performance of the Year Award at the Santa Barbara International Film Festival for his portrayal of real-life millionaire and murderer John du Pont.

A collage of videos set to Redbone’s “Come and Get Your Love” was shown to the audience, tracking Carell’s roles from “Bruce Almighty” to “Foxcatcher.” When asked if his wife of almost 20 years was uncomfortable with the clips showing him being intimate with other women, Carell responded, “No. She knows I have no chance with them.”

The dialogue between Carell and Hammond started with a discussion about Carell’s performance in “Foxcatcher,” which earned him an Academy Award nomination. He described the uncertainty surrounding the film’s debut at Cannes: “We had no idea how the movie would resonate with people.”

The conversation segued into a brief history of Carell’s initial path to success. After attending Denison University (where Carell was a DJ known as “Sapphire Steve Carell”), he worked with Stephen Colbert on “The Dana Carvey Show.” After that, Colbert managed to get him a job as a correspondent on “The Daily Show with Jon Stewart” by showing co-producer Madeleine Smithberg a skit he was in, “Waiters Who Are Nauseated by Food.” He retained the position for six years before moving on to his acclaimed role as Michael Scott in “The Office.”

Carell’s first major film role came in the form of television news reporter Evan Baxter in “Bruce Almighty.” In the film, the character is sent into a sputtering mess by Bruce (Jim Carrey), who has godlike powers. Modest man he is, Carell went to see the film with the mindset that his scenes had not made the final cut, when in actuality they did.

The discussion then switched to “The 40-Year-Old Virgin,” (“I lived that life,” said Hammond) specifically the famous chest-waxing scene. According to Carell, his reactions to the painful procedure were mostly authentic, and Romany Malco’s disgust was also quite real. The actress who had done the waxing reportedly had actual experience, but it turned out to be not enough. Before she waxed his nipple, the crew had to stop her as she had not applied any Vaseline. Had she continued, Carell might only have one nipple today.

What was also very real (to frightening results) was the baboon in “Evan Almighty.” Carell attempted to improvise with the animal that had been trained to take a drink, and told it, “Don’t Bogart it!” The baboon hissed at him in response, and the trainer came over and told Carell, “Don’t look at the baboon. Don’t look it in the eyes.” Carell told the audience what he thought afterwards: “Don’t improvise with a baboon, idiot.”

Interestingly, in contrast, nothing about “Little Miss Sunshine” was ever improvised. Carell found that experience particularly rewarding, as it gave him a chance to work with Alan Arkin. “I’m one of his biggest fans and supporters,” Carell said. “I really see him as a mentor. He’s an idol of mine.”

He also took time to praise his other co-stars and friends. He complimented Carrey and Will Ferrell for both being talented, funny men, and Tina Fey for being a fantastic improviser. Some actors took longer to describe.

“[Woody Allen] scared the shit out of me. I was so in fear of him. He’s a man of few words. I didn’t want to engage him,” Carell said. “I met him briefly in his office, I read the script [for “Melinda and Melinda.” He nodded and said, ‘Good.’”

Carell revealed an interesting tidbit about Ryan Gosling, stating that one time the “Notebook” actor’s weekend plans to perform at a nursing home with his band. And amusingly enough, on Meryl Streep, Carell said that she’s, “The worst. In print, that won’t read ironically.”

At the end of the ceremony, the Outstanding Performer of the Year trophy was given to Carell by his co-star of “Alexander and the Terrible, Horrible, No Good, Very Bad Day,” Jennifer Garner. After praising Carell as an actor and as her friend, she gave him the award and he in turn procured a No. 1 Presenter trophy for her. Ever the comedian, Carell ended his acceptance speech (and the night) with a call-and-response gag: “Thank you for coming,” he said before pointing at the audience, hoping that, as true The Office fans, they would understand.

“That’s what she said!” came the reply.