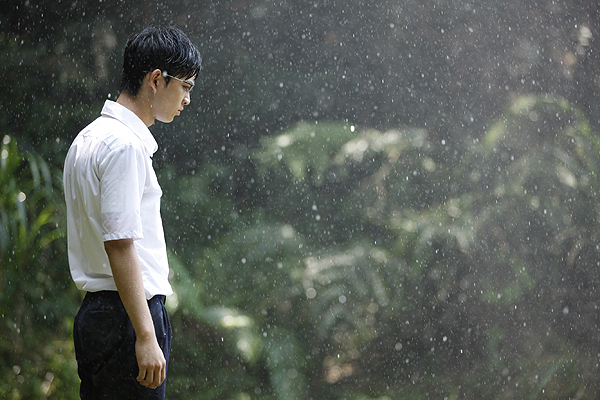 Chang Jung-chi’s thriller is all about uncovering secrets, discovering lies and exposing the truth. One would expect as much from a story centered on the sleuthing adventures of high school boys, but Chang takes the concepts even further to delve into the psyche of the teenage character. Layered with betrayal and deception, “Partners in Crime” takes viewers on a psychological ride to shed light on the minds of teens isolated by adults who are unable to understand their struggles.

During sessions, the boys bond by discussing the past life and personality of a student they barely knew. They skim through video screenings and pointless, reflective writing assignments. But soon, something ticks inside them. Though they came in for closure, they walked out with quite the contrary: a mission to find the person responsible for Hsia’s so-called suicide. After all, the counselor did say, “If you run into anything unpleasant, you must learn to face it yourself.”

Such parting words send a message to both the protagonists and the audience. While they emphasized that Huang, Lin and Yeh couldn’t rely on the police or adults to seek vengeance, the counselor’s words also served as a warning to viewers. Adolescent problems are more than “just a phase” and warrant as much advice and help as adults’. There are no shortcut cures. The counselor’s advice doubles as a promise that there is nothing she can do to help, leaving the boys no choice but to take matters into their own hands.

The film starts out slow and straightforward: keeping the audience in the loop of the circumstances and the elements of the boys’ scheme (which isn’t much more harmful than a silly prank). But sure enough, viewers are thrown curveball after curveball as plans scatter into disarray and the teenagers are thrust into a rapid downward spiral. The helplessness of the adults in the film is then replicated within the audience: viewers are confused, unaware and even fear for the future of the teenagers, whose screams are unable to reach the adults surrounding them.

“Partners in Crime” is a suspenseful thriller, not just because of its intricate plot but because it reveals the complex inner workings of the adolescent mind. As the film unveils the truth behind a girl’s death, it also exposes the perplexing thoughts of the teenage character, implying that most thoughts can go unnoticed on the big screen, as well as in reality.