The Daily Nexus
Sports
Gauchos Likely Without Big Al in LBSU Rematch
February 12, 2015 at 5:09 am by Mark Salay 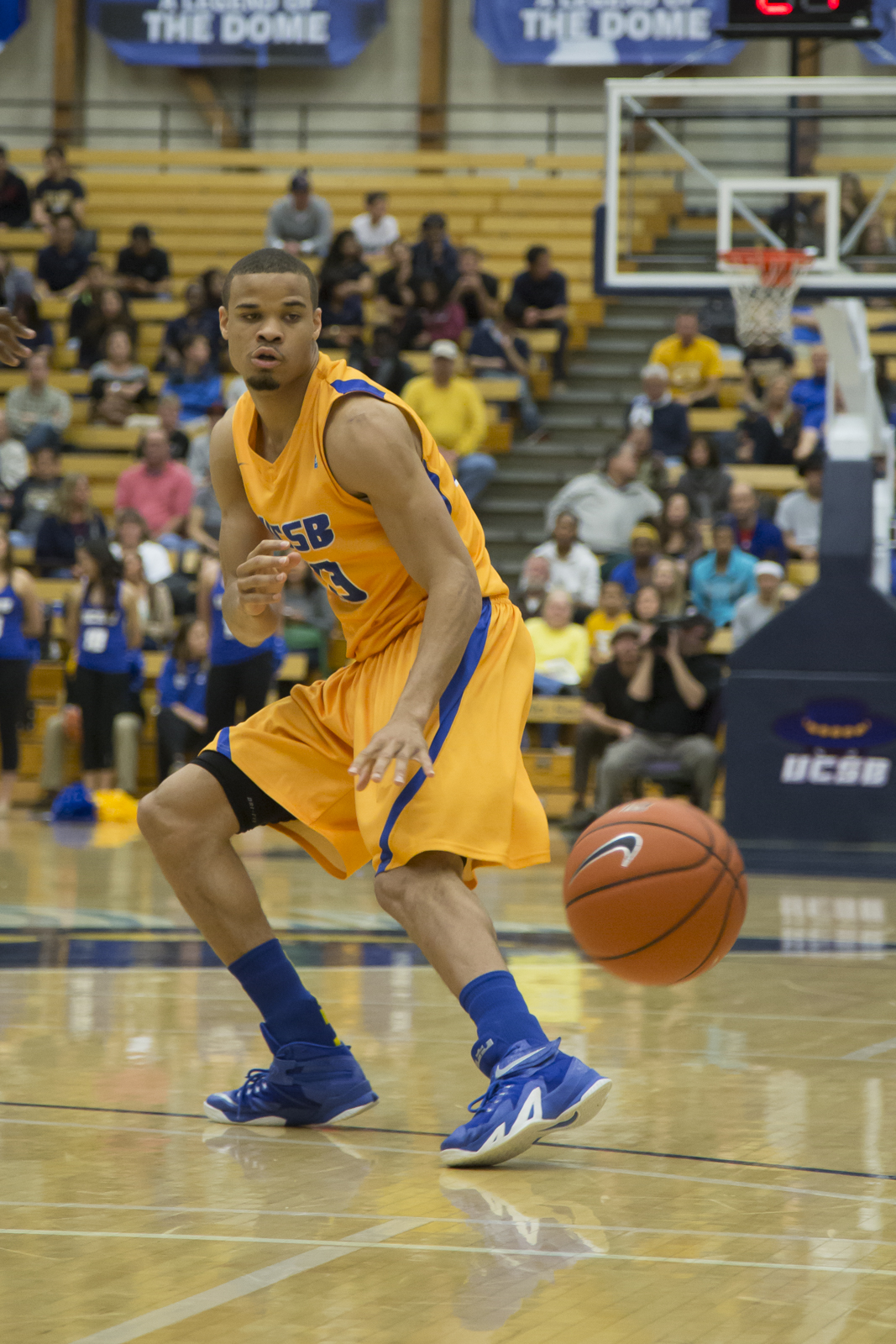 Long Beach State’s Senior guard Mike Caffey might be the deadliest player in the Big West this season. The last time he faced the UCSB men’s basketball team back in January, he dropped 22 points in Long Beach State’s 69-53 win. The tables are turned tonight, however, as the Gauchos play host to the 49ers in another pivotal matchup with Big West seeding on the line.

Santa Barbara is coming off its biggest win of the season, a 13-point comeback win against Hawaii in front of the largest crowd at the Thunderdome this season. The win kept UCSB afloat in the conference, and the team is currently in fourth place in league at 4-4 and 11-11 overall.

Meanwhile, Long Beach is one of the teams UCSB must pass in the standings. CSULB suffered a one-point loss against UC Irvine in its last game, but is still tied with the Anteaters for second place in the Big West at 7-2 and 13-12 overall.

UCSB will most likely still be without its leading scorer, senior center Alan Williams, for another week; Big Al has not played the last five conference games because of a shoulder injury. Without him, the Gauchos have gone 3-2 with junior guard Michael Bryson filling in as the lead scorer with 17.0 points per game in those five games.

In their previous game, the Gauchos elected to go with senior Zalmico Harmon and sophomore Eric Childress — both point guards — in the starting lineup. The combination allowed UCSB to attack Hawaii’s pressure on defense with two sure-handed players, but most importantly, it paved the way for scoring to come off the bench in the form of freshman Gabe Vincent.

Vincent scored 11 points for the Gauchos, including the eventual game-winning bucket. He is one of three Gauchos to average double-digit scoring (10.1) so far in the season. Junior guard John Green is the other Gauchos averaging in double-figures with 11.0.

The 49ers have been led by Caffey, a top contender for Big West Player of the Year with 17.4 points per game, second-most in the league. Aside from his scoring prowess, Caffey ranks second in steals at two per game and fifth in assists with 3.7.

UCSB will need to zone in on Caffey, who has torched the Big West this season with 27-, 29- and 34-point performances. His shooting is one area he has improved significantly and he has proven to be a clutch player; he scored a game-winning bucket against Cal Poly earlier in the season.

This is just the first game of the week for Santa Barbara. The team also faces Cal State Northridge Saturday on the road, a team that came away with a surprising win over UCSB in the Gauchos’ conference home opener.

Tip-off for tonight’s game against Long Beach State is set for 7:30 p.m. at the Thunderdome and will be televised on Fox Sports Prime Ticket.