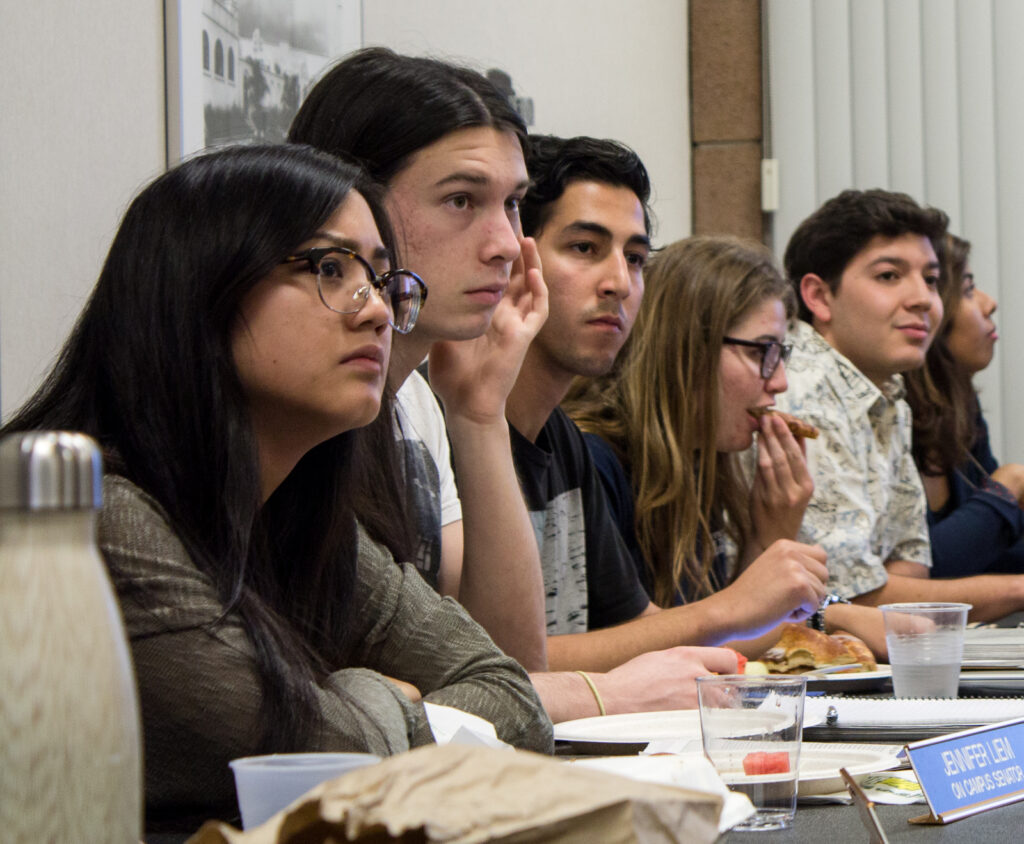 After receiving the resolution to celebrate Young’s 25 years as vice chancellor, Young attended Senate and said he was confident in the student body to continue a legacy of upstanding community members.

“You students, your current generation and those that preceded you have always had a sense of community, had a sense of something bigger and more important than they are, have really always been in my mind on the right side of history,” Young said.  “Students have always been on the right side of history because you think beyond what is the present.”

“I have to share publicly that I am very opposed to that structural relocation of Career Services,” Guthy said. “Although they were having a preliminary discussion on the idea, I want you to be aware though those discussions are being had.”

According to Guthy, she will be meeting with a committee to explore the restructuring further, although no decisions have been made about moving forward with the proposal. Guthy said the move would not solve any existing problems because there is a lack of alumni staff dedicated to Career Services.

“I am not saying that they couldn’t develop that [staff] over time, but right now they have absolutely no career service,” Guthy said, “I think that it should be controlled by a Department that for years has been focused on undergraduate students.”

A.S. Vice President Angela Lau updated the Senate on last week’s news that the Student Health Board was considering lowering financial aid given to students not enrolled in the Gaucho Health Insurance plan. Lau said a compromise has been reached that will offer financial aid to students enrolled in a private plan equal to the average insurance costs for students insured outside the university plan.

“There’s going to be a standard that takes the average of how much students usually pay for health insurance and that’s how much will be applied towards financial aid, instead of getting like nothing,” Lau said.

“The three goals that the University has identified as the most important from that survey were working to create better services for LGBTQ identified students and underrepresented minorities on campus, sexual assault prevention and the aftermath and staff morale,” Guthy said.

A version of this story appeared on page 5 of Thurday, February 12, 2015’s print edition of the Daily Nexus.

Correction re: the quote regarding the three goals the University identified from the survey. The last goal should read “staff morale” not “staff moral.”