The Daily Nexus
News
Finance and Business Committee Hears From Student Groups
February 10, 2015 at 4:02 am by Peeka Zimmerman 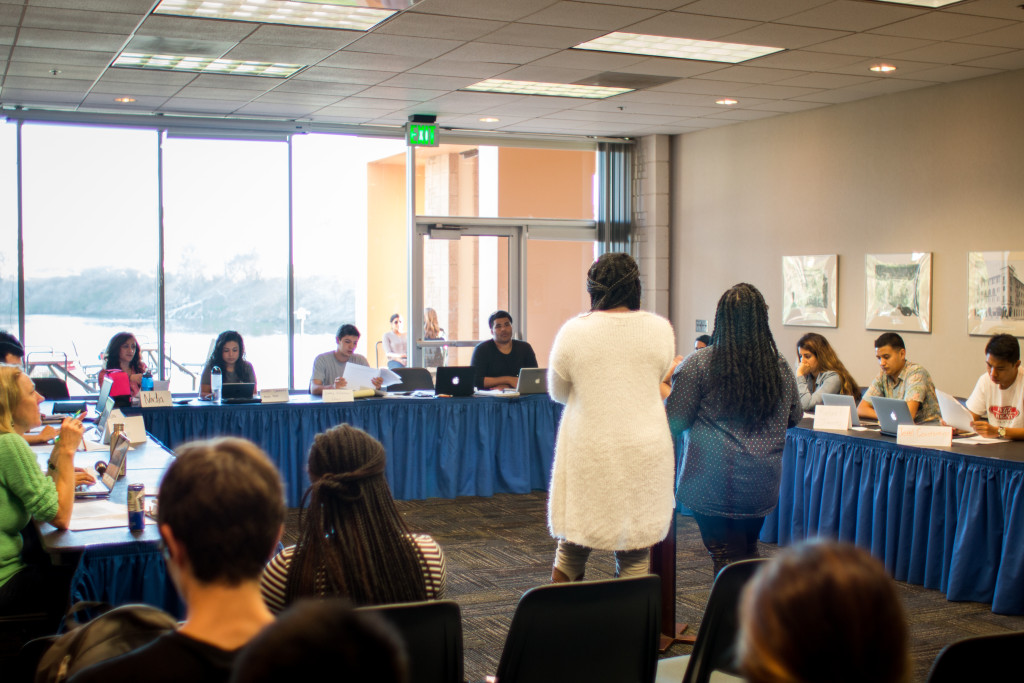 Partially Funded groups included the Women’s Ensemble Theatre Troupe for $1,190 of $1,700 after the Board decided to reallocate funding for all costs withstanding decorations and T-shirts for the Vagina Monologues. The Kendo Club was allocated $3,000 in transportation fees to the Boston Kendo tournament to take place March 21-22 and Zeta Phi Rho for $613 of $663 (without water bottle costs) toward a casino night on Feb. 19. The Swing Ballroom Dance Club was given $4,780 of $4,804 without the cost of parking permits covered and Queer People of Color Collected for $21,300 of $22,700. The Saudi Student Club secured $180 of $250 for a tournament Wednesday. The Lebanese Social Club for $5,096 of $5,826 for a convention in Ann Arbor, Michigan, without coverage for transportation and food costs; Mask and Beaker Experimental Theater Company for $1,156 of $1,356 for the 6th Annual Talent Trade in March and UCSB Triathlon was allocated $3000 of a requested $14,000 toward participation in a triathlon in South Carolina. 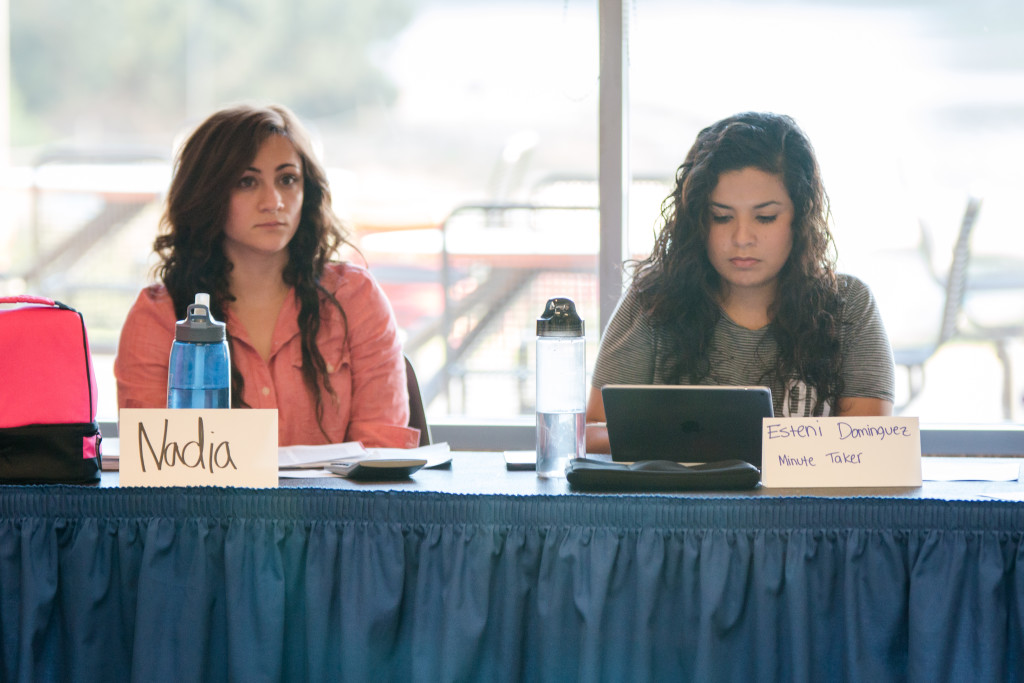 The American Society of Mechanical Engineers also received $31,48 for a trip to the Hoover Dam from April 17-19 for one hotel night instead of the two they requested.

Board member and second-year history of public policy and political science double major Jerel Constantino said he did not know what the group would be doing other than going on the hour-long tour.

“I asked them ‘What else are you going to be doing?’ and they said ‘We might go to some museums,’ but I doubt it is going to take more than a day,” Constantino said, “I am not trying to blame them, it’s just kind of weird having to pay for hotels for those two days.”

Committee member and second-year student Haley Ferrera agreed with Constantino and said paying for more than one night was excessive.

“I think funding one night is fine, but I don’t think they need two nights because the tour is only an hour,” Ferrera said.

According to committee member Steven Kwok, funding for one night of travel was a reasonable allocation given the length of the drive.

“I am not sure how far it is from here to the Hoover Dam, but I think it is going to be a long drive, so if they want to make a tour by the time they get there I’m sure they have to get up pretty early, but it is doable,” Kwok said.

Third-year sociology major and co-outreach chair of BSU Jamelia Harris said her organization needed funding for an outreach program that specifically targets predominantly black Los Angeles and Hayward areas. According to Harris, the $8,304 funding the BSU received is going toward covering the two-day program and informational documents for parents and students on campus. Harris said the outreach program is the only program that prioritizes African American students. 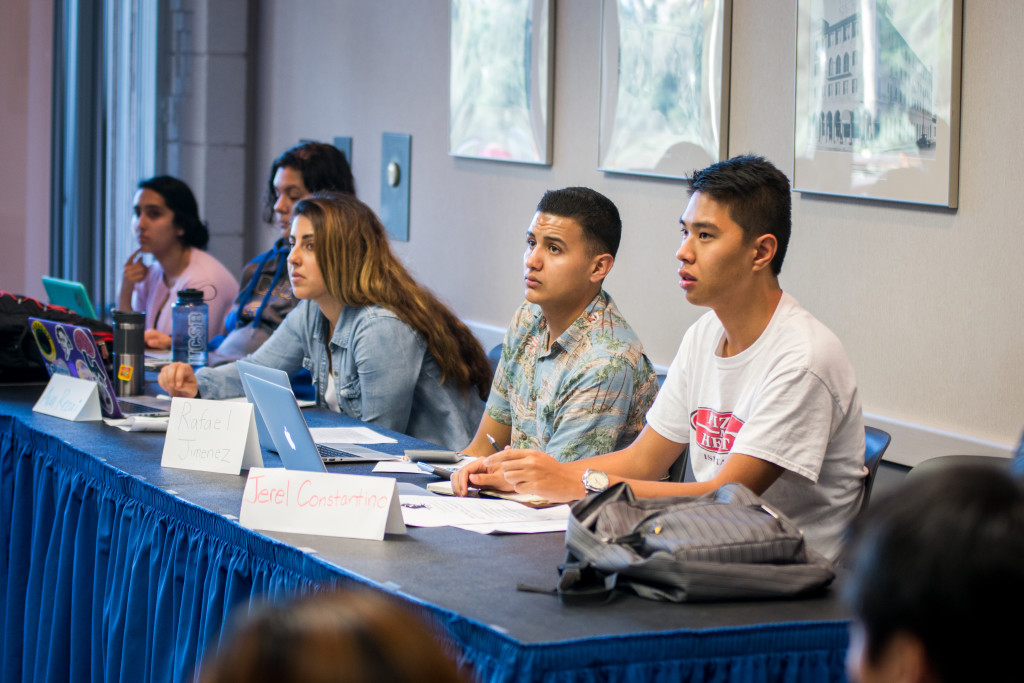 “So, this is, I can literally say, the only program that serves predominately black campuses at our institution, which is scary considering the fact that African American students have comprised less than four percent of our campus’s demographics since the beginning of its existence,” Harris said.

Harris said 85 students from Antelope Valley in Los Angeles and Hayward, Calif. Will be bussed to campus and introduced to the university’s college environment.

“For a lot of them, or most of them or really all of them sometimes, this is the first time they are ever going to see college students or let alone a college campus at all,” Harris said.
According to dance event coordinator and third-year linguistics major David Shen, the Swing Ballroom Dance Club’s Swing Fling Spring Dance on April 25 will feature Captain Cardiac and the Coronaries, a band that has performed at three Super Bowls and at the Cotton Bowl.

“Last year, when they played for us at the same Spring event we had the largest turnout we have had at any dance historically,” Shen said. “We had over 400 people in the SRB — it was a lot but it was fantastic.”

The Communication Association did not receive $1,035 for their annual internship mixer at Corwin Pavilion on Feb. 24 because of a charge for non-members to attend.