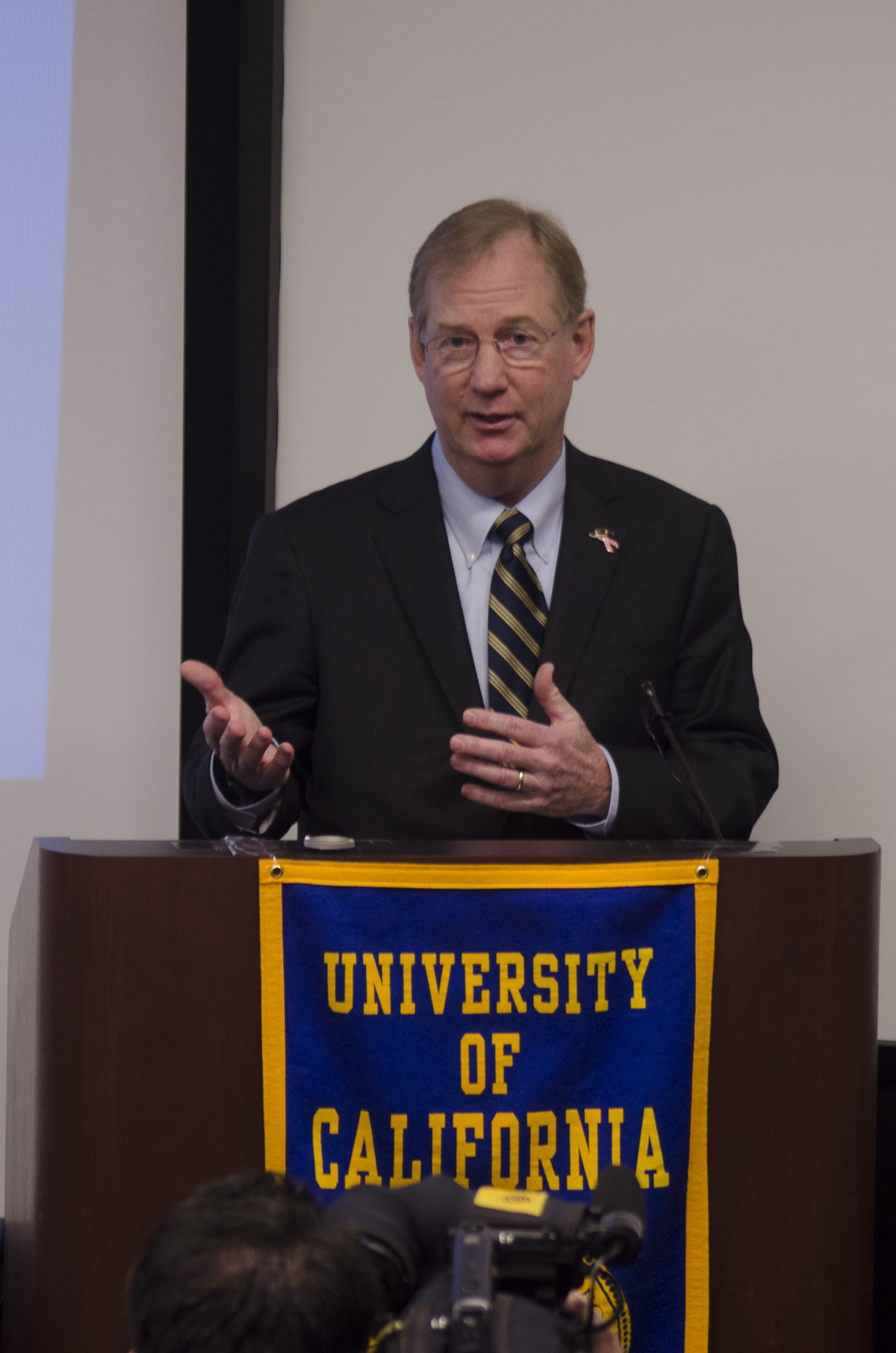 John McCutcheon, UCSB’s new athletic director, was officially introduced Friday at a press conference held at the Intercollegiate Athletics Building on campus, where he outlined his responsibilities and discussed his role.

McCutcheon, who does not officially begin until March 2, expressed his decision to come to UCSB after 11 years as the athletic director for the University of Massachusetts, Amherst, noting the quality of UCSB’s reputation and its athletic program.

“I’m just so thankful for the opportunity to come in and help work with our coaches, and staff and everyone,” McCutcheon said. “To build things, put infrastructure in place, put resources in place to get us back to where we all want to be — at a competitive level that represents the institution appropriately, and to do it the right way.”

At the press conference, McCutcheon communicated the importance of improving the student athlete experience socially, academically and on the field. He also gave attention to building winning programs and running the athletics department in an honest manner.

“We’re all about being open, honest and transparent with all of our various constituencies,” McCutcheon said. “Whether it’s on campus, externally or student athletes and with our coaches, we all need to be on the same page.”

Among one of the issues McCutcheon addressed was the absence of a football team at UCSB. His previous athletic director tenures at Cal Poly and UMass both had football programs. At UMass, he oversaw the football team’s transition from the Football Championship Subdivision to the Football Bowl Subdivision.

“It really depends on the campus. For me, coming here [a football program is] not something that has ever even come to my consideration,” McCutcheon said. “… We’re going to do everything we can to position all of our sports, including soccer, to be successful.”

At UMass, McCutcheon was responsible for some of the highest amounts of donations and sponsorships the program received that helped open three new facilities just last year. He emphasized the importance donors will have during his tenure at UCSB.

“I’m looking forward to get to know current donors and identifying new ones,” McCutcheon said. “And go out and broaden our circle of people that support the program, and really having some success in providing resources for student athletes and their coaches.”

McCutcheon mentioned improvements within the UCSB’s athletics program exist, but will begin focusing on specifics once he takes over.

We’re all being open and transparent right. How about your UMass basketball coach that blasted my car at the Hartford airport as he hurried to make a flight. He apologized and committed to pay for the damages he caused. UMass AD McCutcheon wouldn’t approve payment of a few hundred bucks to fix the damage. Good luck Gauchos!