The Daily Nexus
Film & TV
“The Truth About Lies” Delves into Self-Identity
February 6, 2015 at 6:16 pm by Nadine Bedwan 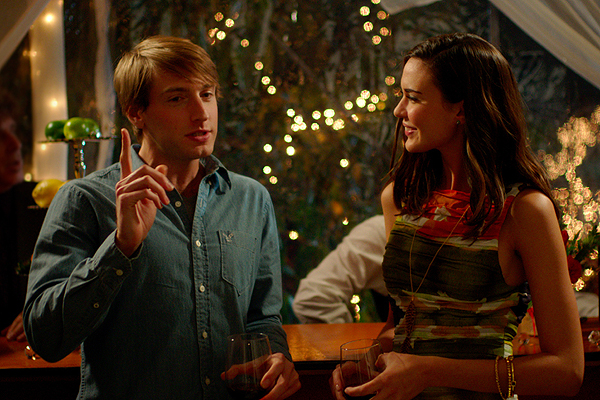 On one level, “The Truth About Lies” is largely an account of writer and director Phil Allocco’s own life’s misfortunes. On a deeper level, it delves into the human issue of self-identity. The title itself was enough to pique the interest of enough people to fill the Metro 4 Theater in downtown Santa Barbara. This doesn’t come as a surprise. After all, everyone can be guilty of the inescapable character flaw of lying, even those who don’t consider themselves a “liar.”

The bright independent comedy follows main character Gilby Smalls, who loses his job, his apartment and his girlfriend all in the same day. To cope, he begins lying his way out of the disheartening situation, and the fabrications ultimately catch up with him.

In a discussion regarding the nature of lies, I asked Allocco how he came up with the film’s premise. Allocco finds the commonality of the nature of people’s lies interesting. He believes that, rather than being hurtful or malicious, most people lie to make themselves seem more impressive, both to themselves and to others. Thus, he began penning the screenplay.

“My only prerequisite was that every character had to either be lying to each other or themselves,” Alloco said.

After watching the film, I realized that each character really was living their own lie. While Gilby completely fakes his way to landing jobs and women, the secondary characters also lie to distract themselves from a painful reality.

Allocco implied that lying to oneself can be a crucial step towards self-discovery, a path that the characters struggle with. Even the seemingly happy characters end up facing their own lies. Gilby supports this point when he asserts in the film that “knowing yourself is a luxury.” This begs the question: How many of us really know ourselves?

The pervasiveness of lying is shown throughout the film with the help of black-and-white onscreen quotes dividing each scene. Each quote derives from noteworthy figures such as Mark Twain or Oscar Wilde, and they pick away at the nature of lying.

The film takes place in a hip metropolis somewhere in New York and features a certain brand of humor typically found in daytime sitcoms. The plot explodes when everybody who has been lied to by Gilby joins together at an ill-fated dinner party and each character is left to confront the truth.

“The Truth About Lies” will be released in select theaters this month.