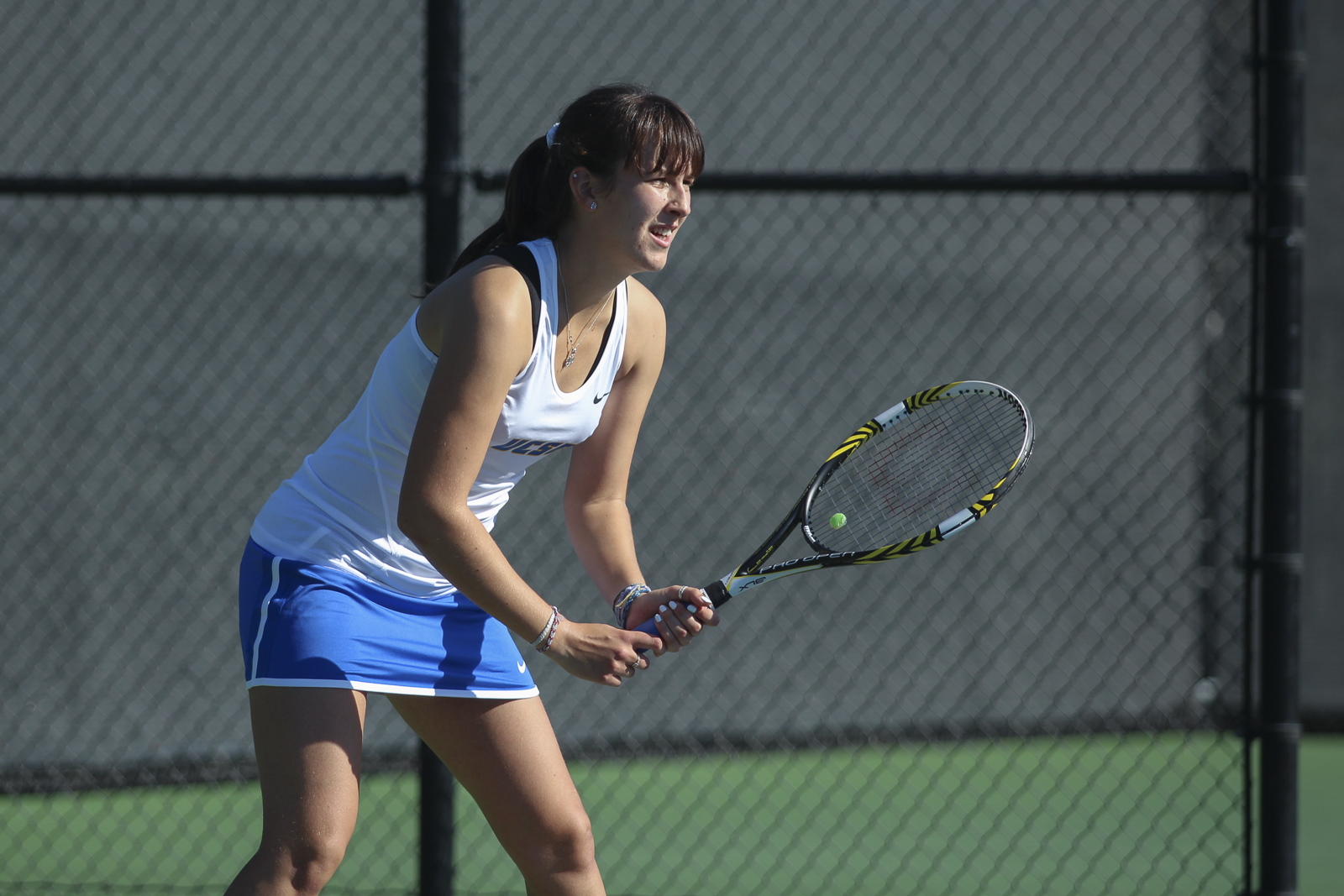 The UCSB women’s tennis team will look to continue its strong run of form today against Saint Mary’s College.

“The start of this season we’ve had some extremely solid wins against tough opponents,” sophomore Jaimee Gilbertson said. “So it will be interesting to see how we go against a well-known, ranked team.”

The Gaels are also coming off of a strong set of results themselves, having just beaten No. 54 Princeton in a close match that ended 4–3. Currently, the Gaels’ season record sits at 2–2, an identical record to the Gauchos on the young season. The Gaels faced against Cal Poly yesterday before they play the Gauchos today.

”It’s good to see them fighting back, even when things aren’t going their way,” assistant coach Erica Cano said.  “It looks like they always have belief that they can do it no matter what the score is.”

Fighting back after going down early in the set was a key factor in the Gauchos’ win over the Rebels last week.  The same mental toughness will be necessary if they are to prevail over the Gaels today.

“Going into the match being the underdogs gives us a little less pressure,” Gilbertson said.  “But with the way our current team is playing, we know we have a great chance of winning.”

Confidence is running high in the Gaucho camp at the moment thanks to some strong recent performances on the court. The Gauchos will have to stay confident and watch out for the Gaels’ No. 6 tennis player, sophomore Parminder Kaur, who has gone 4-0 on the season. The Gaels’ most recent match against Princeton came down to the wire, with Parminder deciding the outcome in three sets, giving her team a 4-3 win.

The Gauchos will also prepare for the three nationally ranked players on the Gaels’ roster, with No. 1 singles player, senior Danielle Flores sitting at No. 32 in the nation.

“At the moment we’re mainly focusing on our attitudes and competitiveness,” Gilbertson said. “So given the amount of hard-work we’ve been putting into practice, we’re expecting the rest of our game will come together on the court [today].”

The Gauchos have been putting in the work and will look to capitalize on it with some more positive results today. The match with Saint Mary’s will begin at 1 p.m. at Rob Gym.