The Daily Nexus
Tennis
UCSB Opens Up Conference Play on the Road
February 5, 2015 at 5:01 am by Daniel Moebus-Bowles 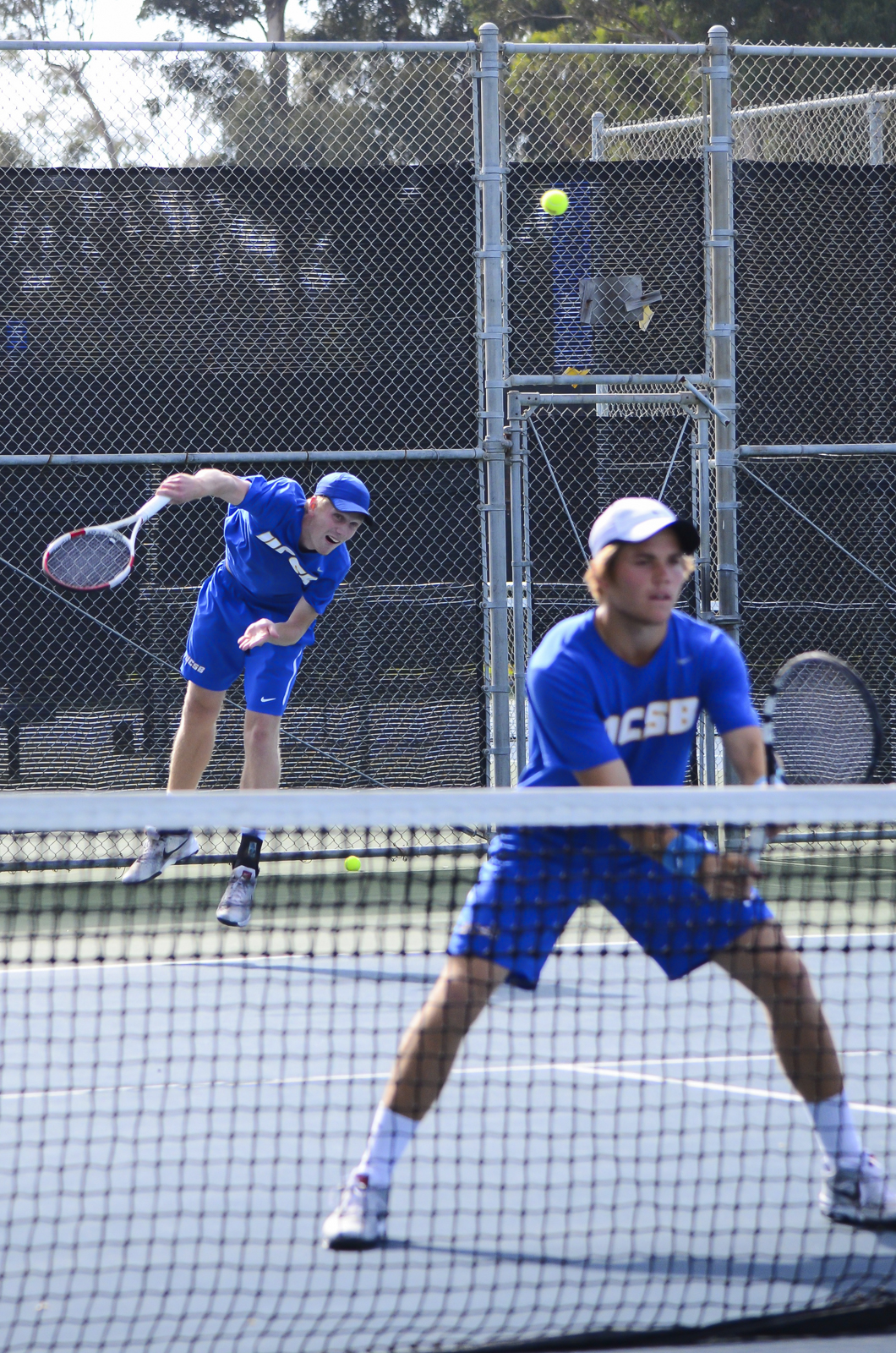 Erik Johnsson hits the ball over the net towards his opponent. Christina DeMarzo/Daily Nexus

This weekend, the UCSB men’s tennis team will head south to compete in two head-to-head matches. Saturday, they will take on the University of San Diego, and Sunday, they will face conference opponent UC Irvine.

The Gauchos head into these matches at an overall record of 2-2. USD comes in at 3-2 and the Anteaters at 2-5 overall.

UCSB will be looking to gain its first road victory of the season as the team was unable to grab one on its trip to Texas to start the season. This time, the Gauchos will have momentum on their side from the current two-match win streak that they ride. Along with that, it seems that the team’s doubles game is starting to look up as a doubles point was won for the first time by UCSB this season in its last meeting with San Diego State University.

Leading the Gauchos on the court this weekend will undoubtedly be sophomore Morgan Mays. The young athlete started this year off playing on the number two court for his team before coming up with the Gauchos’ only win of the day at SMU. Since then, Mays has been moved to the number one court for his squad and he has yet to lose a match on that platform. Mays will again be matched up with the best singles player from UCSB’s two opponents this weekend and look to improve on his personal record of 3-1.

An unsung hero in this Gaucho program that will surely make an impact on their competitions this weekend is freshman Chase Masciorini. The rookie Gaucho has not been featured as a singles player in any of Santa Barbara’s head-to-head matchups, but has had his share of time competing in the doubles matches. Playing with several different partners this season, Masciorini has a record of 2-1 against other doubles teams with one unfinished match. This unfinished match came in the first of the year, against TCU and its

No. 15 ranked doubles team. Masciorini and senior Tobias Galskov held off this respected doubles team 4-5 until it was ultimately called off after the completion of the other two doubles matches.

The Toreros of USD will not be an opponent to take lightly as they already have some experience in defeating Big West Conference teams. They will be coming off of their latest victories, a 7-0 sweep of Cal Poly and a 5-2 performance besting Hawaii University.

They are undefeated at home this season but will have their hands full on Saturday as they must take on UC San Diego just hours before facing Santa Barbara.

The Anteaters, contrary to the Toreros, have not been able to win at home at all this season dropping all four of their attempts so far this season. Their only success has been against the same team in the University of Arizona, who they have defeated twice already.

Their matchup with Santa Barbara will be both team’s first conference matchup of the year.