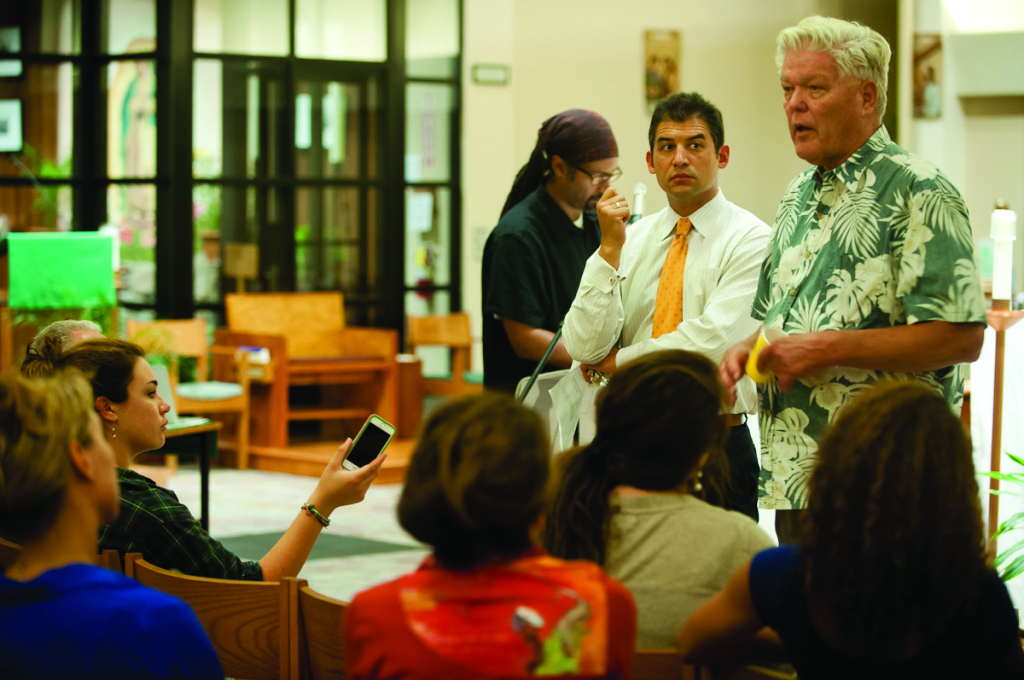 Assemblymember Das Williams’ office will host the first of three town hall meetings at the Santa Barbara Hillel today at 7 p.m. to discuss specific language for Assembly Bill 3 (AB 3), which aims to create a self-governance model for Isla Vista.

Williams introduced AB 3 to the California State Assembly on Dec. 1 to propose the creation of a Community Services District (CSD), a form of self-governance that would provide infrastructure and services to I.V. residents with funding potentially collected from residents via a utility users tax. The upcoming town hall meetings follow a series of discussions regarding I.V. self-governance beginning with a meeting among students, I.V. residents and local officials last spring following the Deltopia riots and May 23 mass shootings.

Williams said the meeting’s purpose is to involve the I.V. community in AB 3’s specific wording as well as to begin forming ideas for a future self-governing I.V.’s infrastructure.

“The most important topics being discussed right now are what services and powers we would like to see a self-government structure for I.V., like a community service district, have,” Williams said. “We will discuss various services, [like] how they are currently provided in I.V. and how to improve and increase the services for residents.”

According to Williams, self-governance is the best possible solution to address issues in I.V. regarding safety and overcrowding.

“I.V. is the most densely populated urban area not located within a city,” Williams said. “Currently the County of Santa Barbara is responsible for providing the majority of services to I.V. Although Supervisor Farr has been a great advocate for getting resources for I.V., there needs to be a permanent structure in place to directly fund and provide services to the residents.”

“These town halls are important because they are an opportunity for the community, including the 9,000 UCSB students who live in I.V., to have a voice in the decisions that will determine the fate of their community,” Thurlow said.

According to Thurlow, if AB 3 passes, it will allow I.V. residents to be autonomous actors in deciding how to address I.V.’s biggest needs.

“Isla Vista is a very special place to live while attending one of the great research universities in the world,” Thurlow said. “But it needs stronger community structures, including a community service district to make improvements in health, safety, quality of life and overall aesthetics.”

General Manager of Isla Vista Recreation and Park District Rodney Gould said the town hall aims to narrow down services that are most important to I.V. residents so that the requests can be included in the final version of the AB 3.

“Eventually when this bill comes to fruition it’s going to have to be fairly narrow. You can’t include every service that the community needs because that’s not realistic,” Gould said. “So they’re going to narrow it down through this public process of what are the most important ones for the community, which ones will have the most impact, what will it cost to make those changes.”

Tonight’s town hall meeting is a continuation of discussions that have been taking place at I.V. stakeholders meetings throughout I.V. over the past few months, Williams said.

Gould said the main goal of all the meetings is to ensure that everyone in I.V. gets a chance to voice their opinion and add to the final draft of AB 3.

A version of this story appeared on page 7 of the February 5, 2015 print edition of the Daily Nexus.