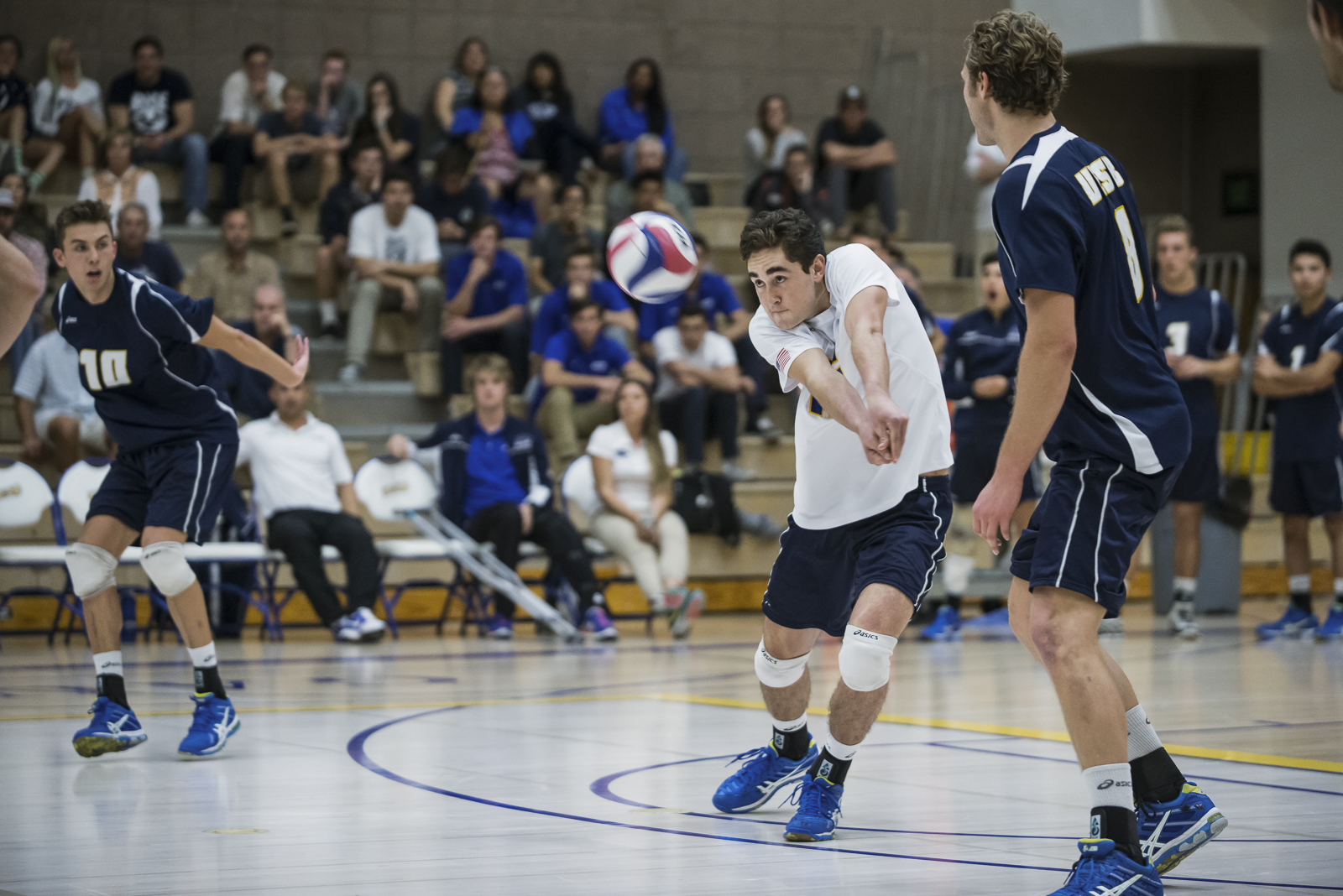 The Gauchos’ season is not going as planned through their first seven league matches, as the team holds a record of 2-5 in league and 6-5 overall. UCSB will hope to rebound in its match against Long Beach State on Friday night.

The Gauchos had one of their worst hitting matches in recent history. The team hit .157 overall and other than redshirt seniors Weston Nielson and Kevin Donohue, no other player had more than five kills in the match. Redshirt sophomore Jacob Delson was especially disappointing with a -.133 hitting percentage and only five kills on 15 swings. The lone bright spot for UCSB was redshirt junior middle blocker Ryan Hardy who had five kills and one error out of seven attacks for a .571 hitting percentage.

The Gauchos could not get anything going offensively in the first game, as they only had one run of consecutive points in the game. The Matadors took the lead at 7-6 and they did not relinquish it, going on to take the game easily, 25-16.

The Matadors should have won the second game as well, but they made eight attacking errors and gave up leads at 18-14 and 23-20. Redshirt freshman outside hitter Bobby Curtis came into the game to serve, down 22-23 and he served up consecutive aces to take the lead. The Matadors then made two hitting errors and the Gauchos took the game 25-23.

The Matadors took the third game easily 25-17 after going up 11-2, and then they won the fourth game 25-23 in another game where they had the lead the entire time. The Gauchos had 13 kills in the fourth game, but that wasn’t enough to stop the Matadors from securing the victory. Overall, it was a dismal outing for UCSB against a team that it is expected to beat if it wants to contend for a league title.

Looking towards the Gauchos’ next opponent, No. 11 Long Beach State is 7-3 overall and 4-3 in MPSF. The 49ers beat No. 9 UCLA last night in four games in a match where they were dominated in the first game but responded to take the next three.

The Gauchos take on the 49ers at Walter Pyramid on Friday night at 7 p.m.