The Daily Nexus
Sports
UCSB Faces Must-Win Game Against Hawaii
February 5, 2015 at 5:07 am by Mark Salay 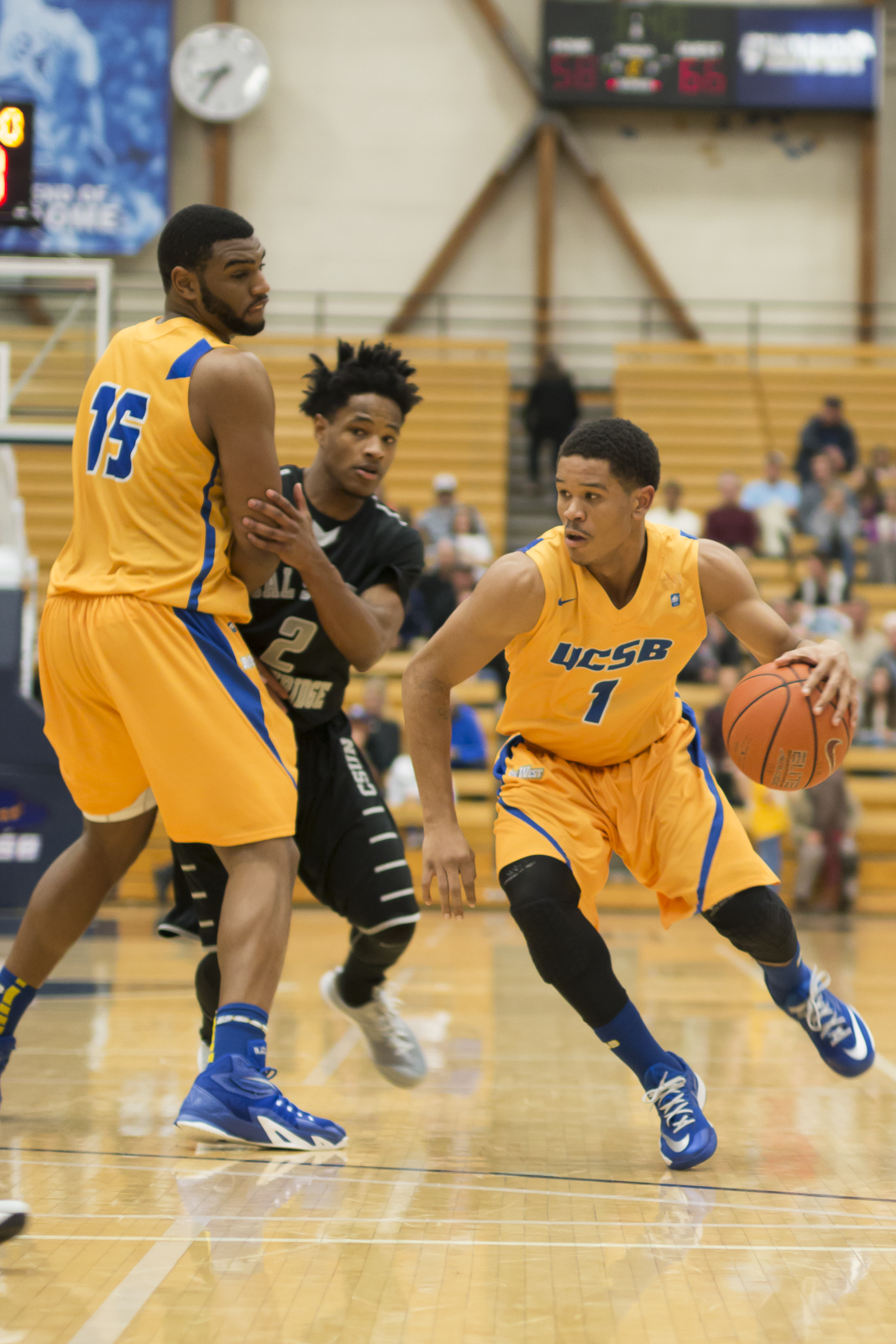 Sophomore point guard Eric Childress is second on the team in both assists (2 apg) and steals (13). Stephen Manga/Daily Nexus

The UCSB men’s basketball team faces a difficult task Saturday at the Thunderdome when it takes on Hawaii in a game critical for Big West conference seeding.

“It’s a big game for us, we have to stabilize the ship while [senior center Alan Williams] is gone,” Head Coach Bob Williams said. “We’re good enough at home, we just have to play the way we’re capable of.”

At 3-4 in Big West play and 10-11 overall, Santa Barbara limps into Saturday’s game in fourth place in the conference prior to tonight’s league action.

Losses last week against UC Davis and UC Irvine — two teams tied for first in the conference — exposed a depleted Gaucho team. Without senior starters in Big Al (shoulder) and guard Zalmico Harmon (flu), UCSB went down to the wire against the Aggies before being blown out by Irvine.

With a regular season conference title most likely out of reach, the Gauchos are still in the hunt for a high seed but face a must-win game against one of the most athletic teams in the conference.

Hawaii is currently 3-4 in the Big West and 15-8 overall. UH plays Cal Poly tonight on the road in its Central Coast road trip.

With Big Al expected to be out again this week, the Gauchos welcome the return of Harmon and a fully recovered junior guard Michael Bryson, who, despite playing last week, was also battling the flu. In fact, since UCSB’s first conference game against Cal Poly, at least one player on the team has been affected by the flu each week. Big Al, Harmon, Bryson and freshman guard Gabe Vincent have all experienced the illness.

“I’ve honestly never been that sick, it was terrible,” Vincent said. “I tried playing through it [against UC Riverside]. I did what I could, but I wish that upon nobody. That illness was terrible. I’m just glad I’m healthy now.”

Harmon’s return allows for him to be paired in the backcourt with sophomore Eric Childress and go small, allowing for better ball control against a team that has a prowess for creating turnovers. The Rainbow Warriors rank first in the Big West in total steals and steals per game at 239 and 10.4, respectively. Hawaii’s junior guard Roderick Bobbitt has a knack for creating turnovers, ranking second in the nation in steals per game at 3.22.

“Hawaii is a team that likes to press, and get people going and try to get a lot of turnovers,” Vincent said. “I think smaller just means we have more ball control, more guys can handle it, more guys can attack their press.”

Hawaii does not possess a potent scorer as its leading player on offense in sophomore guard Aaron Valdes averages 14.9 points per game. Instead, the Rainbow Warriors rely more on a balanced attack with six other players on the team averaging eight or more points.

For UCSB, toughness will need to be improved on after late minute miscues against Davis and losing control of the game against Irvine.

“[Toughness is] something we need to focus on more,” Bryson said. “I don’t think there’s any problem we can’t solve right now. I just think we need to focus on little things like being tough, strong with the ball, executing plays after [opponents] make big shots.”

Tip-off Saturday is set for 7 p.m. at the Thunderdome.

A version of this article appeared on page 7 of February 4, 2015’s print edition of the Daily Nexus.