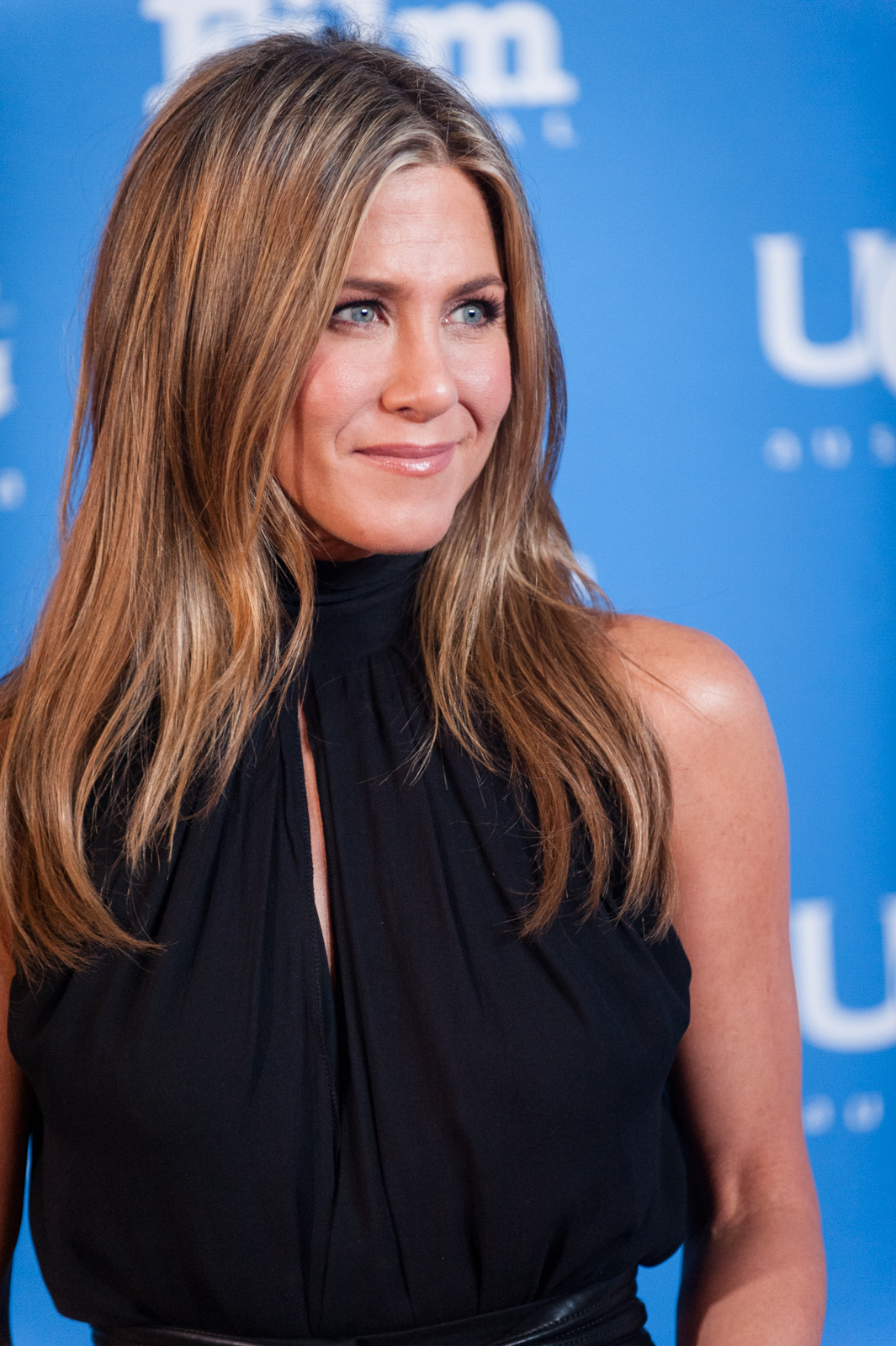 The street facing the Arlington Theatre in Downtown Santa Barbara was completely blocked off to cars while staff anxiously scurried to make sure everything was in place. A mass of reporters and photographers began to pool behind a low iron gate. On the opposite end, frenzied crowds gathered. Between them, a lifeless red carpet connected the street to the theater doors. The reason for the chaos on Friday, Jan. 30 was written in lights on the marquee: Jennifer Aniston, the recipient of this year’s Montecito Award, given by the Santa Barbara International Film Festival (SBIFF).

The awaited actress finally pulled up in a black SUV at around 7:40 p.m. She was immediately met with the fans’ screams and a surge of white papers shoved over the iron barrier. Upon arrival, Aniston’s fiancé, Justin Theroux, swiftly made his way across the carpet and silently retreated in the theater, leaving unnoticed. This was his way of being careful not to detract from his fiancée’s night. Being the seasoned and diplomatic Hollywood actress that she is, Aniston was sure to attend to the fans first. After quelling their screams, she began making her way down the press line, pausing periodically for questions and pictures, as over-exuberant fans belted the “Friends” theme song in an attempt to win back her attention.

The primary reason for the 45-year old actress’s presence at SBIFF was her recent performance in Daniel Barnz’s dark independent drama, “Cake.” With its issues of chronic pain and addiction, “Cake” doesn’t quite fit the actress’s repertoire of lighter romantic comedies, or even her more emotional films such as “Marley & Me.”

I asked the New York native what her least favorite part of filming the atypical role of Claire was, to which she carefully responded, “Stopping it! I really had so much fun, as difficult as the role was. It was quite a lovely set and we had a beautiful, fun creative experience together. Everyone was sort of getting out of their real selves and taking a risk, and everyone was really supportive each of each other and it was…” her voice trailed off, before she dreamily sighed, “I was in heaven, so I was sad when it was over.”

The actress of over 25 years was not nominated for the exclusive Montecito Award, but rather chosen. Although the foremost reason for this award is her role in “Cake,” it dually honors the countless other performances that have paved her successful career.

At approximately 8 o’clock the hoard of ticketholders for the night’s event flooded the theatre, as Aniston sat down for an extensive interview accompanied by various clips of her past performances. The talk completely sold out the Arlington’s 2,000 seats, a rare feat. Her entire acting career was spanned, beginning with her years spent at a “Fame”-style performing arts high school in New York. After years of determination, double shifts and failed pilots (“Ferris Bueller” TV series anyone?), a fateful summer in L.A. finally led Aniston to her role as Rachel on the iconic “Friends.” A star was born.

Jennifer Aniston quickly became a major household name in the 90s and has continued as one into present times. Even then, she makes it a point to mention that it’s still hard for her at times to land specific roles she wants. This is partly due to the baggage that comes with being a world-famous actress conflicting with the desired obscurity of smaller films. There’s also the tragic tendency for artists to be pigeonholed into one role. Still, she enjoys the challenge of consistently proving herself, stating she “had to lobby” for the chance to play Claire in “Cake.”

Watching the numerous filmstrips from the theatre’s balcony, it is hard to deny the often-overlooked variety of Aniston’s roles and the specific talent delivered in each one. Her equal love for making big budget as well as independent films is clear with the juxtaposition of films like “Horrible Bosses” and “He’s Just Not That Into You” with “Office Space” and “Friends With Money.”

Going against the famous “one for them, one for me” rule commonly cited by big-name actors, Aniston discussed the different types of fulfillment she receives from routinely dipping into both ends of the cinematic spectrum. Throughout the event, it was obvious that she genuinely feeds off of the artistic pleasure she gets from acting. After receiving the award, Jennifer Aniston abandoned her pre-written speech and spoke from the heart. Tears streamed down her face as a physical artifact embodying raw gratitude.

Wish to see you soon Jen in London.

Wish I could watch d movie Cake, hope it will b shown here in d Phil. I luv Jen A., she’s incredibly a very good actress.