California Lawmakers Propose Bill to Abolish Vaccine Exemptions
California lawmakers proposed a bill to the state senate on Wednesday to abolish school-mandated vaccination exemptions for children who do not get vaccinations due to parents’ personal beliefs. The mandate would only apply to children attending public school. The move to eliminate exemptions comes after 92 cases of measles were reported in California beginning in mid-December. The rise in measles cases nationwide has caused many individuals to demand that all children who can be immunized be required to do so in order to prevent children with weak immune systems or who have vaccination allergies from becoming infected. The new legislation would also require schools to notify parents of vaccination rates. (LA Times)

Seattle Gets Medical Marijuana Vending Machines
Residents of Seattle can now purchase pot-infused drinks, edibles and marijuana flower buds from vending machines called ZaZZZ, created by the company American Green. The machines are accessible at Seattle Caregivers medical marijuana dispensaries and can only be bought with cash or bitcoin since debit and credit cards are prohibited in the sale of marijuana. Users can purchase products, play video games and obtain information about the products using a touch screen on the machine after scanning their medical marijuana ID or driver’s license. Colorado received the first ZaZZZ vending machine last year, but it sold only edibles and not flower buds. (NBC News) 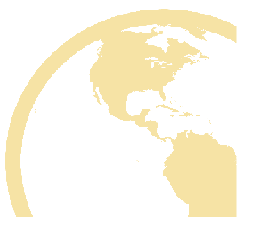 Taiwan Plane Crash Leaves At Least 31 Dead
At least 31 people were killed in an airplane crash in Taiwan Wednesday morning with 12 still unaccounted for.  The TransAsia Airways jet crashed shortly after taking off from Songshan Airport in Taipei. A dash cam video from a Taiwanese driver shows the plane flying on its side as its wing clips the surface of a highway right before entering the nearby Keelung River. Fifty-eight people were onboard the flight and Taiwan’s Central News Agency has not yet reported what caused the crash. (LA Times)

United Kingdom To Allow Three-Person Baby Procedure
The United Kingdom has become the first nation to propose laws that will allow three people to conceive a baby. The UK Parliament voted 382 to 128 Tuesday to allow a new medical procedure which combines the mitochondrial DNA of one man and two women to prevent deadly illnesses in newborn children.
The procedure uses in-vitro fertilization to introduce a small amount of DNA from a second woman into the mother’s egg, with the resulting child having 0.1 percent DNA from the second woman. It is estimated that 150 babies could be born via this method each year. The new method is meant to prevent parents from miscarrying children because of genetic diseases, including mitochondrial disease, which causes blindness, heart defects and brain damage in newborns. (BBC News)

A version of this story appeared on page 9 of the February 5, 2015 print edition of the Daily Nexus.