The Daily Nexus
Sports
Gauchos Fly to Hawaii Searching for First Win
February 5, 2015 at 5:04 am by Michael Jorgenson 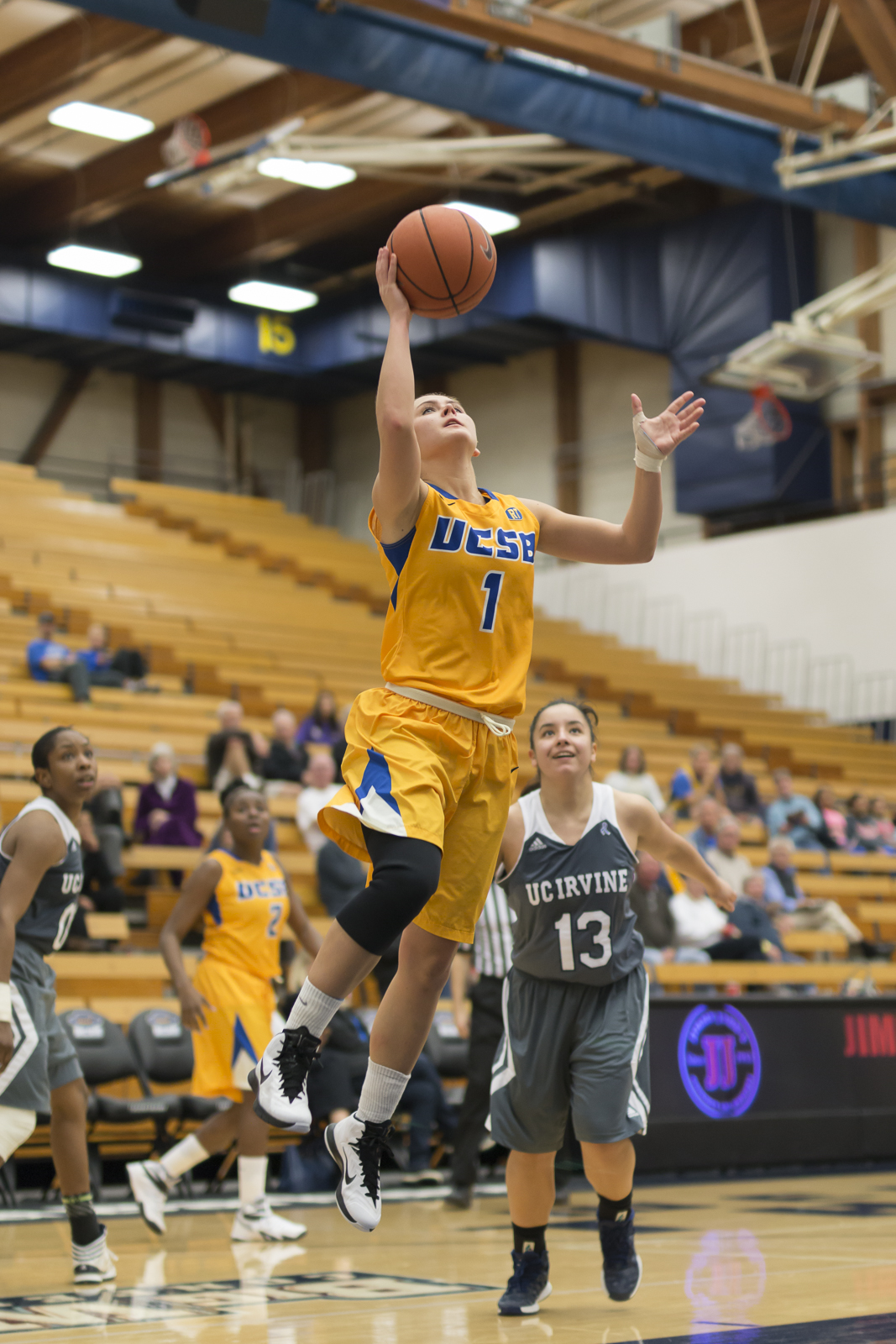 Coming off a pair of heartbreaking home losses, the UCSB women’s basketball team is set to head to Hawaii today still looking for its first win of the year.

The host Rainbow Wahine bring in one of the conference’s top records at 13-7 overall and 5-2 in the Big West. A win would bring them level with conference-leading Cal Poly at 6-2 in Big West play. The Gauchos, who have struggled all season, enter with a 0-20 overall, 0-7 conference mark.

“Who’s that leader? Who’s the one that refuses to let us lose?” Head Coach Carlene Mitchell said after the Gauchos’ loss to UC Davis last Saturday. “We’re still kind of looking for that.”

While a player hasn’t yet stepped into that role this season, UCSB’s leader on paper has been Onome Jemerigbe. The sophomore point guard, who most recently hit a miraculous shot against the Aggies to send the game into overtime, has team-highs of 8.6 points and 4.2 assists per game. Her 5.6 apg since the beginning of conference play is also tops in the Big West.

“The skill is there. We have the different elements, we’re a very young team,” Mitchell said. “I think the more time they get together, and now that we’re getting into close games, we’re really starting to see the identity of this team.”

Backing up Jemerigbe on the offensive end have been guards Makala Roper and Jasmine Ware, who have done so in very different ways. Freshman Roper averages 7.6 points an outing and leads the team in both three-point field goal makes and percentage, knocking down 33 of the team’s 56 makes at a 34 percent clip.

“It’s nice to see balance,” Mitchell said. “(On Thursday) we had one player in double-figures and the question was why we didn’t have three and four. That’s just the makeup of our team and the mentality that when given the opportunity it could be any of their names called.”

Contrastingly, Ware has done her damage from inside the line. Against UC Irvine last Thursday, the junior put in a career-high 21 points on 10-19 from the field. She is currently tied with Jemerigbe for first in scoring with 8.6 points a game.

Hawaii brings to the table the second-most prolific scoring offense in the conference this season, averaging 70 points per game, the Rainbow Wahine score an average of 21.4 more points than the Gauchos.

“I like that our team has versatility,” Mitchell said. “We can get in the halfcourt and play man and grind it out if we need to. Having depth and having 12 players that can step in and change the tempo of the game is the reason we can keep mixing it up from game to game.”

Since losing its opening two games, Hawaii has gone on a five-game winning streak, its longest since the 2006-07 season. Perhaps possessing the most balanced offensive team in the conference, the Rainbow Wahine have three players averaging double-digits.

Senior guard Shawna-Lei Kuehu leads her team in points and rebounding with marks of 12.4 and 6.9, respectively, per game. Senior guard Ashleigh Karaitiana, who has a team-leading 25 three-pointers, and junior guard/forward Destiny King, the team’s top free throw shooter, both clock in at 10.3 points per game.

Tonight’s game will be played at 9:00 p.m. PST at the Stan Sheriff Center in Honolulu, Hawaii.