The Daily Nexus
Sports Blogs
NFL Season Over? Back to NBA Fantasy
February 3, 2015 at 5:00 am by Daniel Moebus-Bowles

Welcome back frivolous fantasy followers, fanatics, and facilitators! The reason for my excitement and unnecessary alliteration is due to the success of a tough call that I made this week that helped me take down the number one team in my categories league. To put into terms that you can all understand, I was at the goal line in the Super Bowl and instead of running the ball, I passed it. And there was no rookie safety to pick me off! High-Five!! Anyone?…

Okay I’m done being a conformist Monday Morning QB and ripping a coach’s decision to run the play he wanted to run, since I’m not an NFL coach and this whole week of hype was Deflated anyways. Okay that’s the last one I promise. You guys know why I’m here anyways, and it’s not just so I don’t get fined. Damn couldn’t help it. I should’ve passed on saying that one, or ran I guess. We know Pete would’ve passed on it. I wonder if Kobe would agree? 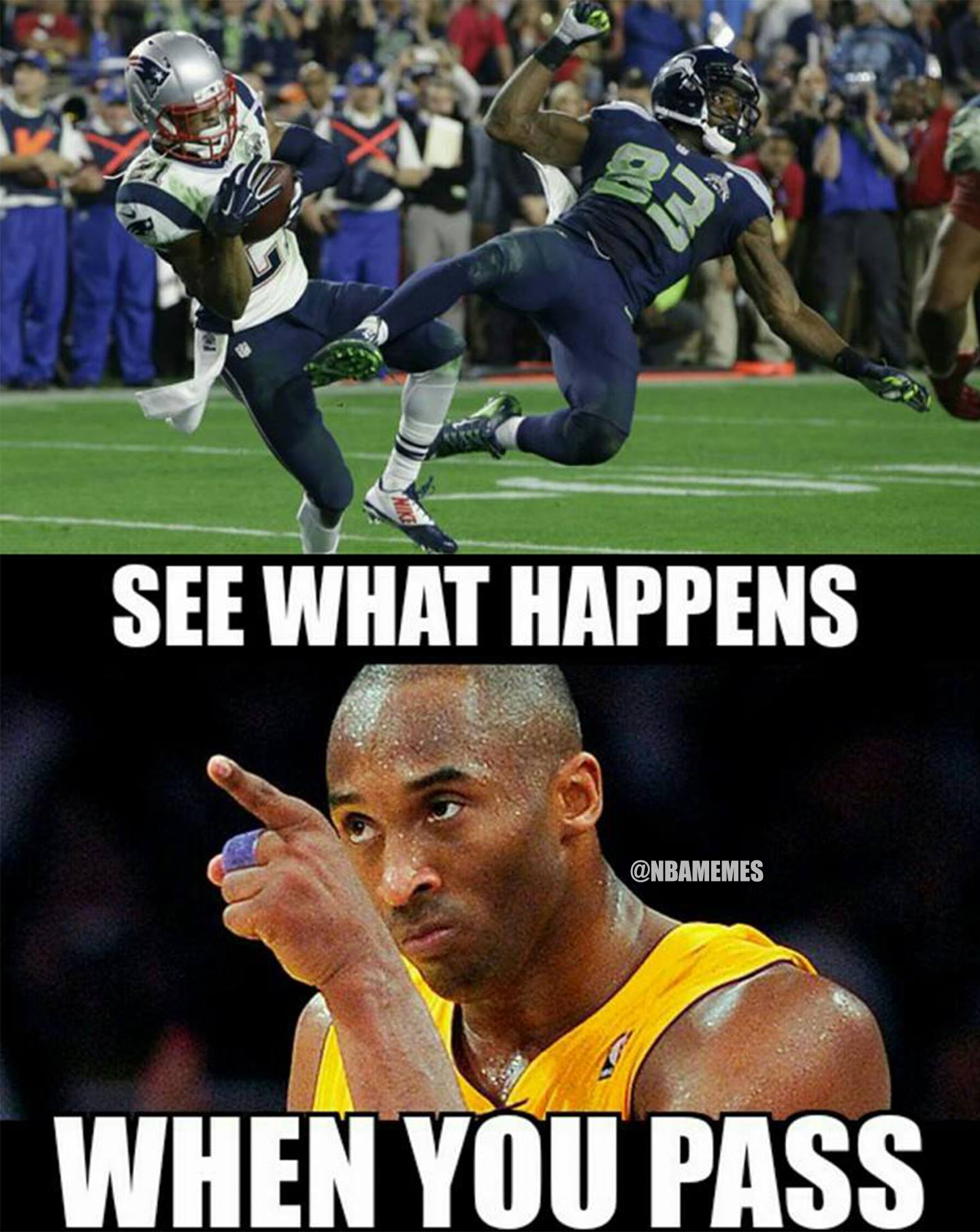 Okay no more football, let me tell you how my week went down in my categories league.

Going into Sunday, I trailed in rebounds by 9 and in freethrow percentage by .011. Along with that I was leading in turnovers by just two and held a 5-4 lead overall against a man who hadn’t been beaten in points, assists, or steals once this year and only lost once in rebounds (hence his #1 spot). On this final day my opponent had nobody playing and I had Carlos Boozer and Marcus Smart ready to go.

My decision: Start them in hopes of winning the rebound battle and maybe the freethrows but forfeit the turnovers win, or sit them and take the 5-4 win. The risk was of course that if I played them both and they didn’t get me 10 rebounds total, then I would take a 4-5 loss. I decide to go for it like a 12-year old playing Madden facing a 4th and 20 on his own 5 yard line. Smart played first and didn’t get to the line at all but grabbed a couple of boards. Most of all he only turned the ball over once.

Boozer did the job on the boards to give me that category but missed freethrows and I knew I was gonna have to take a 5-4 win with the assumption that Carlos would turn the ball over a couple times. Instead, as I watched my Lakers take a loss to the hottest terrible team, I saw Boozer hold on to the ball in every possession and end the game without mistake, giving me a 6-3 win over the top team. I even ventured close to winning in steals and blocks as well but fell by two in each category.

Although I’m psyched with my outcome I am not spilling this long story just for my ego’s sake or just so I cant take some shots on the Super Bowl. I am telling you this, you managers out there, that this game is a marathon without a doubt but sometimes you need to take a couple mid-race sprints to move up a spot.

Going for something risky is a part of all sports from football to billiards and even to fantasy. Make some moves that can shale things up. I know you spent a whole $20 on this league but try to have some fun too! Take some advice from my friend Nick maybe, who is a sports fanatic but in turn isn’t the best fantasy player because he only picks players that he likes or roots for. He may not win often but he enjoys the experience and doesn’t think his money goes to waste.

Okay enough of the stuff you guys care nothing about and welcome to all you readers who skipped my spiel to get to the good stuff. No worries, I would’ve done the same thing probably. Without further ado, I thought I’d start this week off with some guys that can be a temporal boost for your squad.

This is a guy who I group together in a category with the DJ Augustin’s out there who are like illuminating talents of scoring that are cloaked by the man that starts over them. Luckily for Jarret and all of you guys, he has been uncloaked by the absence of D-Will who is out with a side injury, as specific as that is, but has been listed as questionable for the team’s upcoming games. In his current absence, Jack has had some stellar performances including a career high night where he dropped 35 points. He has had 13 assists in both of his last games and added good rebound and steal numbers as well. At just 60 percent owned in Yahoo leagues, he is a must have for the next week at least and will still have some value after D-Will’s return. This week he has 4 games total and they are all against lower-end teams.

I’ve already talked about this guy in recent weeks so I wont say much more besides the fact that he is outplaying Ed Davis right now and will get a huge boost in minutes while Jordan Hill is gone for a couple more days at least. He is definitely available in your league if you need a little pick-me-up.

Young BazeGod may find himself with a couple extra minutes in the recent absence of DeMarre Carrol and the long vacation that Sefolosha has been on. This team is on a crazy streak and nearly every player can be beneficial fantasy wise that is on a team like this. Kent got 40 minutes in his last contest and had a nice balanced stat sheet for the 1 percent of people who own him.

No he hasn’t retired yet okay? Stop asking. John Wall could be missing some time on the court due to recent injury but it shouldn’t be too long. In the mean time, this old man…He plays ball…He plays ball until he’s bald. If you got that nursery rhyme reference, there is something wrong with you but theres nothing wrong with Dre. Look for him to add to his large amount of career assists in Wall’s absence.

Anyone else realize that the Knicks have nearly doubled their season wins in the last week or so? For those none of you that raised your hand, I’m sure you cant tell me why either. Although Melo drained the Lake Show recently, the Knicks success has come mainly in part to three of their newish players on the squad who were given 10-day contracts. The three L’s: Langston Galloway, Lance Thomas, and Lou Amundson were all recently signed to play ball for the rest of the year.

He hasn’t been a huge scorer with just one double digit game this season and he is a liability when it comes to FT’s, but he gets boards and has recorded a block in every game this year with the Knicks, sometimes even 2, 3, or 4. He isn’t necessary in shallow leagues but blocks are hard to come by. 2 percent owned in Yahoo leagues.

In the last few games Thomas has been extremely quiet. Perhaps after getting his contract he realized he didn’t have to try anymore but he went from having a full stat sheet in three straight games where he scored 16+ to having nothing but a ton of TO’s. Give this man some time to get back on his feet and prove he is worth your squad. He is owned in 3 percent of leagues so no rush (just like Pete Carrol hehe).

The stud of this trio is easily Langston and you can see by his comparable ownership of 34 percent. This guard usually scores between 15-18 points on any given night and adds helpful stats like three’s and steals to your week total. If you need one of these new Knicks, go with Langston all the way. Calderon’s time seems very limited in New York, which would make Langston the sole point. Plus he can do this…

That’s all for me this week folks. You know where to find me if you need any advice or have any questions concerning fantasy and sports in general. I wish you all the best week possible and don’t forget to set your lineups! Only you can prevent wild lineups.