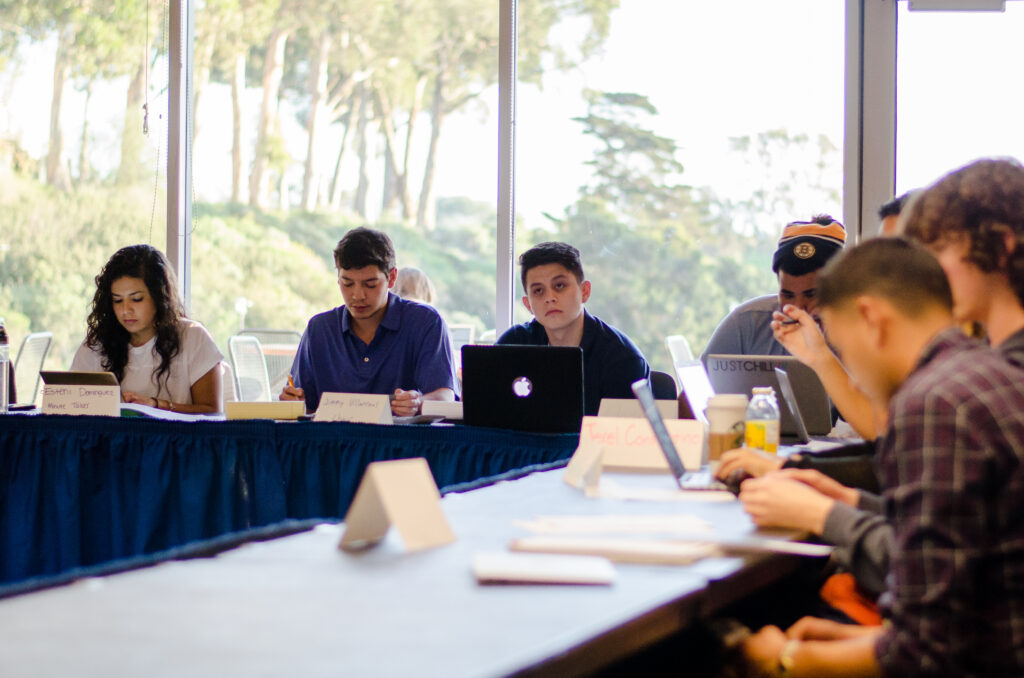 The A.S. Finance and Business Committee heard from a number of campus organizations Monday evening, most seeking funding for events to be held during Spring Quarter. Will Tran/Daily Nexus

The Associated Students Finance and Business Committee met Monday evening in the Flying A Room of the UCen and heard from 12 campus organizations looking to receive funding for events being held primarily in Spring Quarter.

UCSB Cheer Team was reallocated $945 out of $1,540 for a cheer competition in Atlanta, GA, that they can no longer attend in order to put that $945 toward going to Cheer Sport, an international cheer competition in Ontario, Canada, in March. The direct remainder of around $600 was allocated toward attending sporting events other than the USA Nationals in Anaheim, which they are still competing in.

According to Cheer co-Captain Nick Gorton-Bufano, the team reallocated funds to the Ontario trip due to injuries sustained by team members that prevented them from attending the Atlanta competition.

“We lost six people to injury and personal family matters, so we could not go, so we would like to take the money that we would have used for hotels and put it towards a competition on March 7,” said Gorton-Bufano. 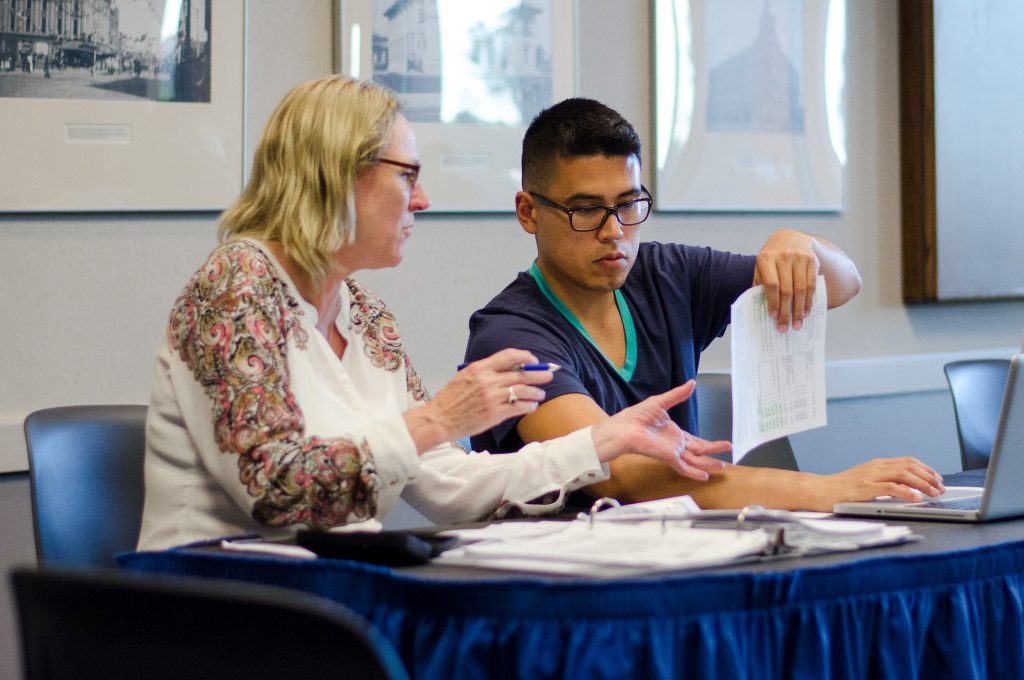 EAP received $250; the Cotillion Dance Club received $1,175 to fund three dancing events at the Hub; the Film Studio received $750 for catering and snacks for an event on Feb. 20 in Pollock Theater and the Iranian Graduate Student Association received $1,300 for food for their New Year’s celebration, typically held on March 21.

According to a speaker for the Iranian Graduate Student Association, the club had to change their event due to the week falling on the same dates as finals week leading into spring break.

“We are also offering a culture show which includes dancing and like different traditional music performances also from our culture, so that is where our other money is going. Again, it is a free event,” the speaker said.

The Model Arab League received $750 to send 10 delegates to the Southern California Regional Model Arab League Conference from March 6–8 and Hermanos Unidos received $400 towards the purchase of food and utensils for Latina Appreciation Night, which will be held on March 5 in the Linda Vista room of the Santa Catalina residence hall.

Fourth-year environmental science major, Gonzalo Villalobos and webmaster for Hermanos Unidos said people have been participating in the event for 5–6 years and that the event has generally been successful.

“We have a whole array of events for them to enjoy,” the webmaster said. “The way people attend this event is all through online — we have online registration — its 200 spots that usually fill up in less than five minutes, so people know about this event.”

NASFAA received $9,300 out of a requested $14,110 for flights and registration fees to send 12 people to a conference geared towards student affairs, networking sessions and programs. Mu Delta received $522 out of the $1,652 they requested for their baseball philanthropy event to raise money for Doctors Without Walls on Feb. 15 at Isla Vista Elementary.

Fourth-year sociology major and Chief Financial Officer Andre Theus said the finance committee will be giving constructive criticism to groups that are not part of any specific networks. 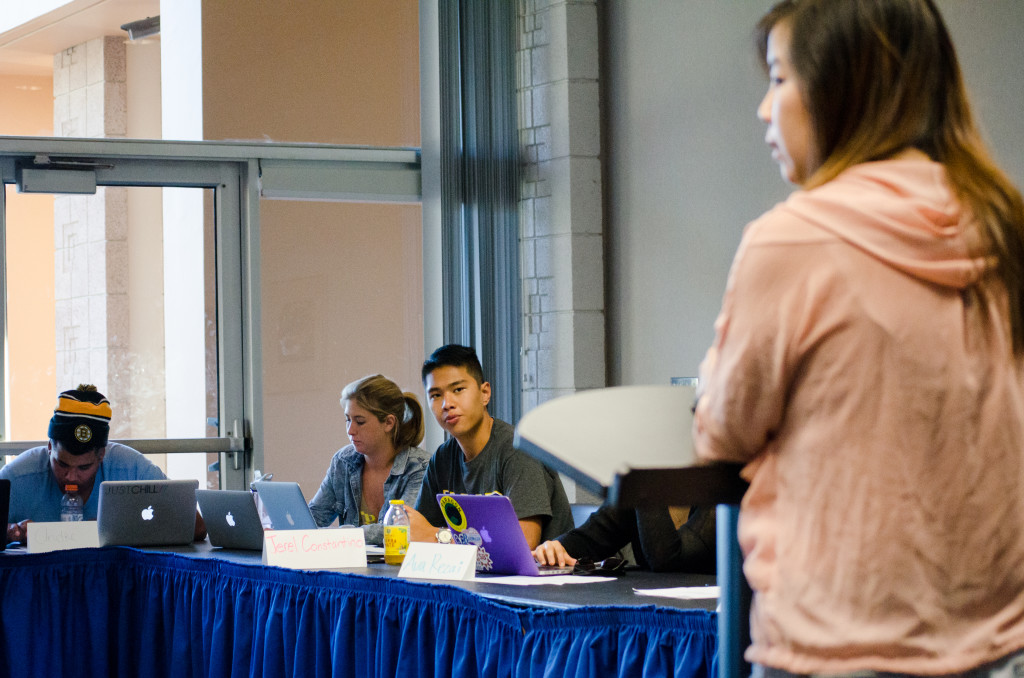 “I think especially when we are dealing with groups that are specifically part of different networks … I think sometimes it’s not as easy as it looks to maybe reach out to groups and be like, ‘Hey can you pay $200 and support our philanthropy,’” said Theus.

The Hong Kong Students Association asked for an additional $1,275 and received $337 for the Annual Lunar Festival, projected to have 200-250 students in attendance. The Pilipino Cultural Night asked for $10,353 and received $7,765 for their Pilipino Cultural Night event on May 2, open to all student and families, as well as the two days of rehearsal.

“That is why they take three days, because they really go out of their way to make this work,” said Garcia. “I went to the one at my high school and it was fantastic and I went to last year’s actually and it was really well produced.”

Hermanas Unidos asked $1,702 for a state conference over the weekend of Feb 21-22 but did not receive funding because of their alleged exclusivity.

Does the Nexus only know Andre Theus and Izeah’s name cause they’re the only ones ever mentioned in these articles… I feel like they are being unfairly scrutinized because of their party affiliation.