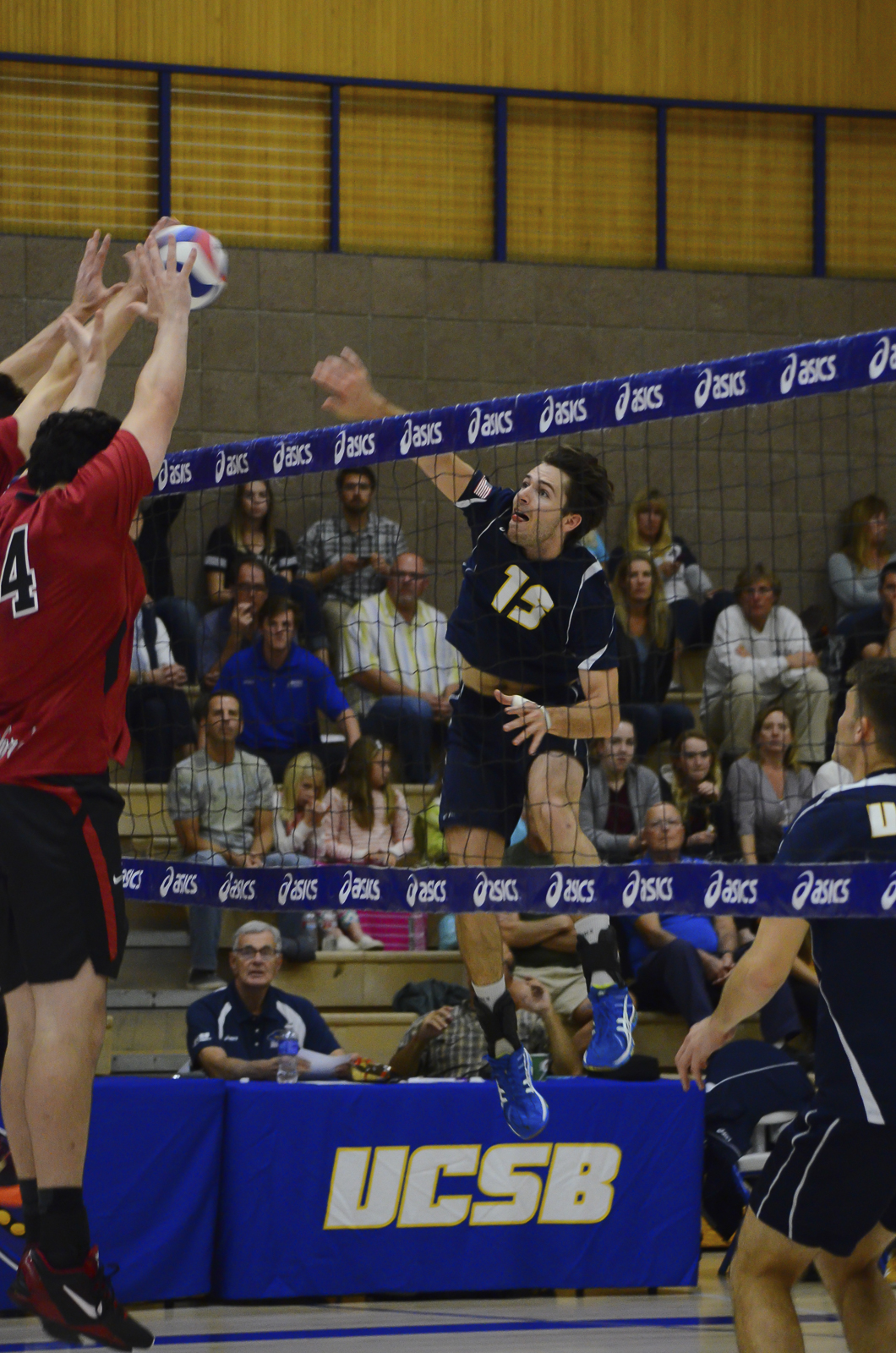 It was a tale of matches on opposite sides of the spectrum for the UCSB men’s volleyball team this weekend as the Gauchos played their best match of the season Saturday night against No. 13 Stanford after losing a badly played match against No. 5 Pepperdine in four sets the night before.

The No. 8 Gauchos are now 6-4 and 1-4 in conference play after their split this weekend. Santa Barbara entered Saturday night’s match against Stanford, now 3-6 and 2-4 in conference play, viewing it as the most important one of the season thus far, not wanting to see its record go to 1-5 in conference play. After team meetings on Saturday, the squad came into the match focused for victory and got it in three straight sets, 25-14, 25-20, 25-19.

“That’s the best three sets we’ve put together all year and it couldn’t have come at a better time,” redshirt senior outside hitter Kevin Donohue said. “It was awesome to get a chance to come back the next night and get a good win against a good program in Stanford.”

The Gauchos had their best passing match of the season as made evident with their tremendous hitting percentages out of the middle blocker position. Red shirt junior Ryan Hardy had seven kills on nine swings and redshirt senior Jake Staahl had a perfect night with kills on all three of his swings. They both linked up well with junior setter Jonah Seif who dished the ball all around the court and had 32 assists.

The biggest difference between the two matches this weekend was service errors for the Gauchos. On Friday, Santa Barbara missed 19 serves to only three aces. The missed serves killed the Gauchos in both giving Pepperdine free points and stopping UCSB’s momentum. On Saturday night, Santa Barbara buckled down and only missed 10 serves while serving up four aces.

Pepperdine, now 9-1 and 5-1 in conference play, made the most of the Gauchos’ mistakes in their four set victory, 22-25, 25-18, 25-18, 25-19. Along with serving errors, the Gauchos hit poorly with a combined .267 hitting percentage. Credit to Pepperdine for coming back after losing the first set to take over the match with its much more consistent play. Redshirt senior opposite Parker Kalmbach was all over the court with 22 kills and seven digs. Senior outside hitter Josh Taylor added 14 kills and senior outside hitter Scott Rhein had eight of his own. Senior libero Brennan Anderson was a wall in the back row, picking up a spectacular 19 digs in the winning effort.

“First set, we were making our serves and passing the ball well and our block was good. It was good the whole night,” Nielson said. “After game one … our serving and passing just broke down.”

With their response Saturday night, the Gauchos hope to move forward and will see the match against Pepperdine as an early turning point in the season. It will not be a match to be forgotten and it will be a performance they hope to not replicate for the rest of the season.

The Gauchos play two away matches this week, at CSU Northridge on Wednesday and No. 11 Long Beach State on Friday, and will hope to continue their play from Saturday night.