The Daily Nexus
Tennis
Men’s Tennis Takes Down SDSU
February 2, 2015 at 7:00 am by Daniel Moebus-Bowles 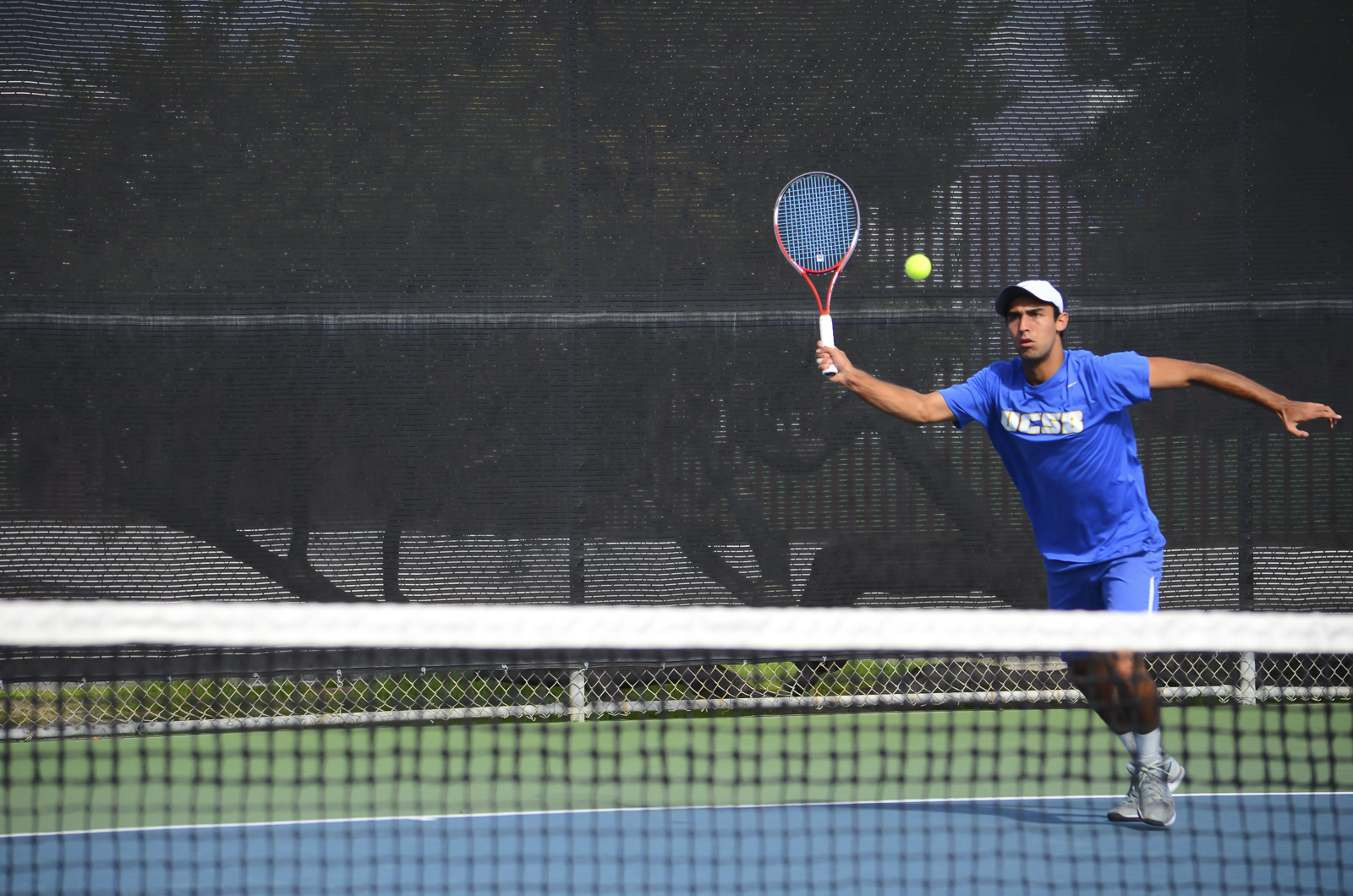 On Sunday, the UCSB men’s tennis team took on visiting San Diego State University in just its second home match of the season. The Gauchos won their second straight in Santa Barbara, edging out the Aztecs 5-2. With this win, UCSB improves to 2-2 overall and SDSU is currently 3-2 with the loss.

“Playing at home is truly phenomenal. There’s really just nothing like it,” sophomore Morgan Mays explained. “The fans were great and I really have to give them thanks for their support. They really helped pull us through today.”

Mays was truly surrounded by support from the get-go when he and his teammate, junior Andrew Riminton, found themselves in the tiebreaker match for the doubles point. They battled to a 6-4 win to grab their first doubles point of the season.

The sophomore stud found himself playing right in front of his cheering crowd of gold when it was time to break off into singles as well. Playing in the No. 1 spot for his Gaucho team, he faced off against senior Thorsten Bertsch, who came in with a singles record of 2-1 on the season. Mays fought hard with great energy and boasted his skills with superior placement on every point. For the second time of the day, Mays bested Bertsch, in two straight sets of 6-4.

“I executed my game plan really perfectly,” Mays said. “I wanted to dictate with my forehand and hit the shots he gave me, and I was very consistent.”

Another exciting win for the Gauchos came from the No. 5 court where junior Nathan Eshmade looked for his second win of the day after contributing to UCSB’s doubles round. Eshmade took the lead early, winning the first set 6-4 before dropping the second by the same score. He finished his opponent off in the tiebreaker with ease allowing him just two games in the set, and clinched the Gaucho’s victory for the day.

Freshman Cody Rakela was another Gaucho to add a point on the board for his team. The rookie continued to show his potential, winning his match on the No. 3 court in straight sets of 6-3, 6-3.

The final match of the day took place on the No. 6 court where sophomore Teague Hamilton played to further stretch the lead of the Gaucho’s overall victory. He silenced his opponent in the first set, winning 6-0, and then edged him out once more in the second 7-6 to give the Gauchos a 5-2 victory.

The Gauchos will be on the road next weekend playing at No. 37 University of San Diego Saturday and UC Irvine on Sunday. Matches are set to start at 1:30 p.m. and noon, respectively.