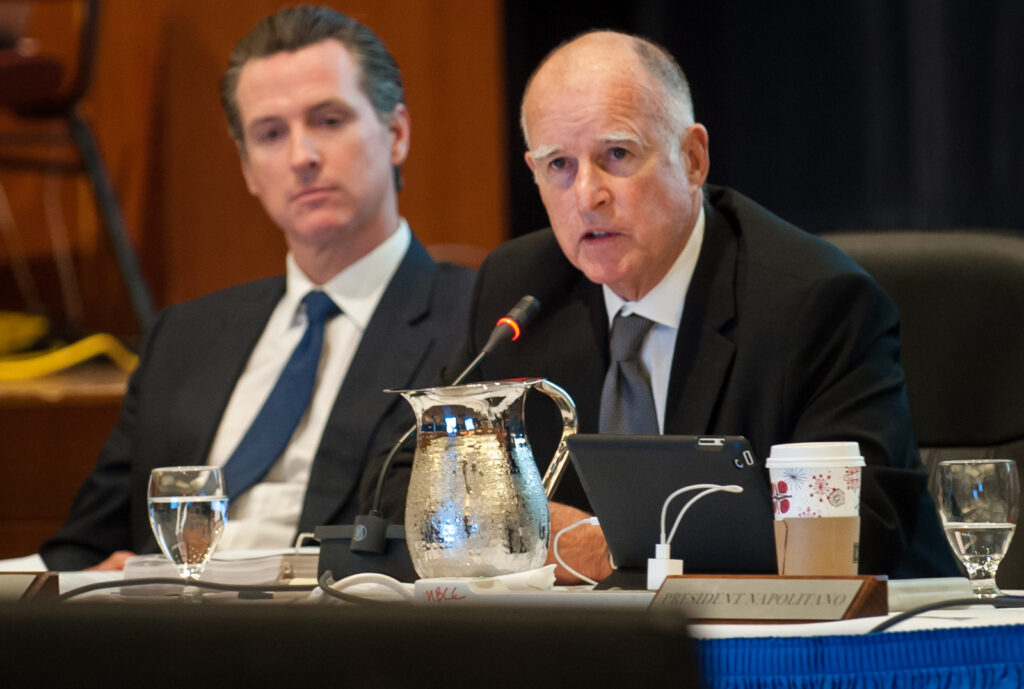 Last week, the University of California Board of Regents formed a select advisory committee consisting of Governor Jerry Brown and UC President Janet Napolitano to discuss the cost structure of the UC system.

Brown originally announced his intention to form the committee during discussion on Napolitano’s five year tuition plan at this past November’s Regents meeting. The committee was established to develop and evaluate proposals to reduce cost structure at UC schools in light of the UC’s recent tuition plan and Brown’s subsequent refusal to allocate additional funding for the University. During committee meetings, Brown and Napolitano plan to discuss various budget-related issues including research expenses, technology and overall access to higher education.

UC Academic Senate chair and faculty representative to the Regents Mary Gilly said the academic senate supports the idea of a cost structure committee and said she expects it to lead to further funding from Brown for the UC.

“The Senate is fine with the idea of President Napolitano and Governor Brown getting together to discuss UC in particular and higher education in general in terms of access, affordability and quality,” Gilly said. “I’m hopeful that the governor will be convinced that investment in UC would pay off for California in the short term and the long term.”

We hope that the Governor and other legislators develop a broader and deeper appreciation of the value of the research, teaching, and outreach missions of the University of California to California’s citizens during the course of these meetings. – Vice-chair of the UC Academic Senate Daniel Hare

According to Gilly, although the committee consists of only Brown and Napolitano, there will be other groups directly involved, including the UC academic senate, providing information at the meetings.

“They have access to information and access to answers to their questions and so forth,” Gilly said. “The academic senate is hopeful that we’ll be included in the dialogue, or at least in terms of information that’s provided to them because most of the items on their list are areas that the Regents have delegated authority to the senate for.”

Vice-chair of the UC Academic Senate and faculty representative to the Regents Daniel Hare said he hopes the academic senate can be largely involved in the meetings.

“We hope that the Governor and other legislators develop a broader and deeper appreciation of the value of the research, teaching, and outreach missions of the University of California to California’s citizens during the course of these meetings,” Hare said. “The Academic Senate also expects to be engaged in the development of any proposals affecting either the curriculum, or the delivery of the curriculum, following from these meetings.”

Economics professor Dick Startz said he thinks the cost structure committee will prevent further miscommunication among Board members regarding budget, but will do little else until decisions are made.

“This is basically political. It’s not economic or anything else, at least not this phase,” Startz said. “[Brown and Napolitano] had disagreements about how large the budget is going to be, and I guess this is a good opportunity for them to talk to each other. Whether something of any importance comes from that kind of depends on what the two of them work out. This is not some huge, big study going on.”

We’re really relying on the president to do her homework going in to these meetings so that she can bring the student and faculty voice in. – UC Academic Senate chair Mary Gilly

In response to concerns by some students regarding the lack of student representation in the committee, Gilly said she presumes both students and faculty voices will be heard through Napolitano.

“Faculty aren’t represented either and those are two very important constituencies,” Gilly said. “I’m hopeful that the president will consult with both groups and bring perspective in to her meetings with the governor…We’re really relying on the president to do her homework going in to these meetings so that she can bring the student and faculty voice in.”

Despite her overall approval of the committee, Gilly also said she has concerns about the timing of the committee meetings in terms of its disconnect with the admissions processes and state budgeting.

“If decisions are going to be made by this committee of two, then proposals have to come forth, the regents have to see them, other constituencies need to see them and comment on them, and yet the state budget is approved at the end of June,” Gilly said, “Students are being admitted even as we speak, so it’s not clear to me how the timing of all this is going to work in terms of influencing state budget.” 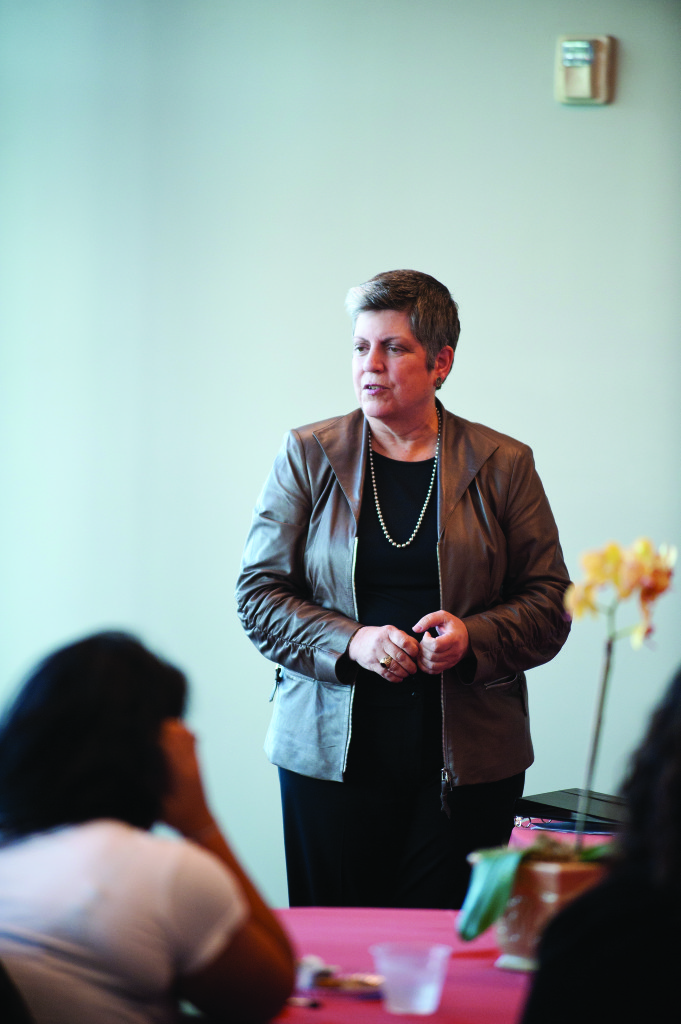 First-year pre-political science major Akshaya Natarajan said she is concerned that the student body will not be represented on the cost structure committee.

“I’m almost positive that it won’t reflect what students want to see, which is obviously providing funding more towards tuition, more towards financial aid and things that students will receive directly rather than far-away pension plans and what have you,” Natarajan said.

According to Natarajan, Brown and Napolitano are more interested in saving money by cutting funding rather than in students’ preferences.

“Governor Brown and Janet Napolitano are … two kinds of political characters that are not afraid to just say, ‘This is how it’s going to happen, you guys are going to go with it, and it does not matter if you like it or not,’” Natarajan said, “so they can kind of effectively cut out the state legislature and the UC regents kind of like babbling about what they want and meaninglessly pointing fingers.”

Natarajan said the committee will not be effective because it lacks a diversity of representation.

“If it did work, that’d be awesome, but I don’t foresee that quite honestly happening,” Natarajan said. “I thought it would be a legitimate committee with different people, like maybe even student representation on the committee, state legislature representation, what have you. But that’s not how it happened.”