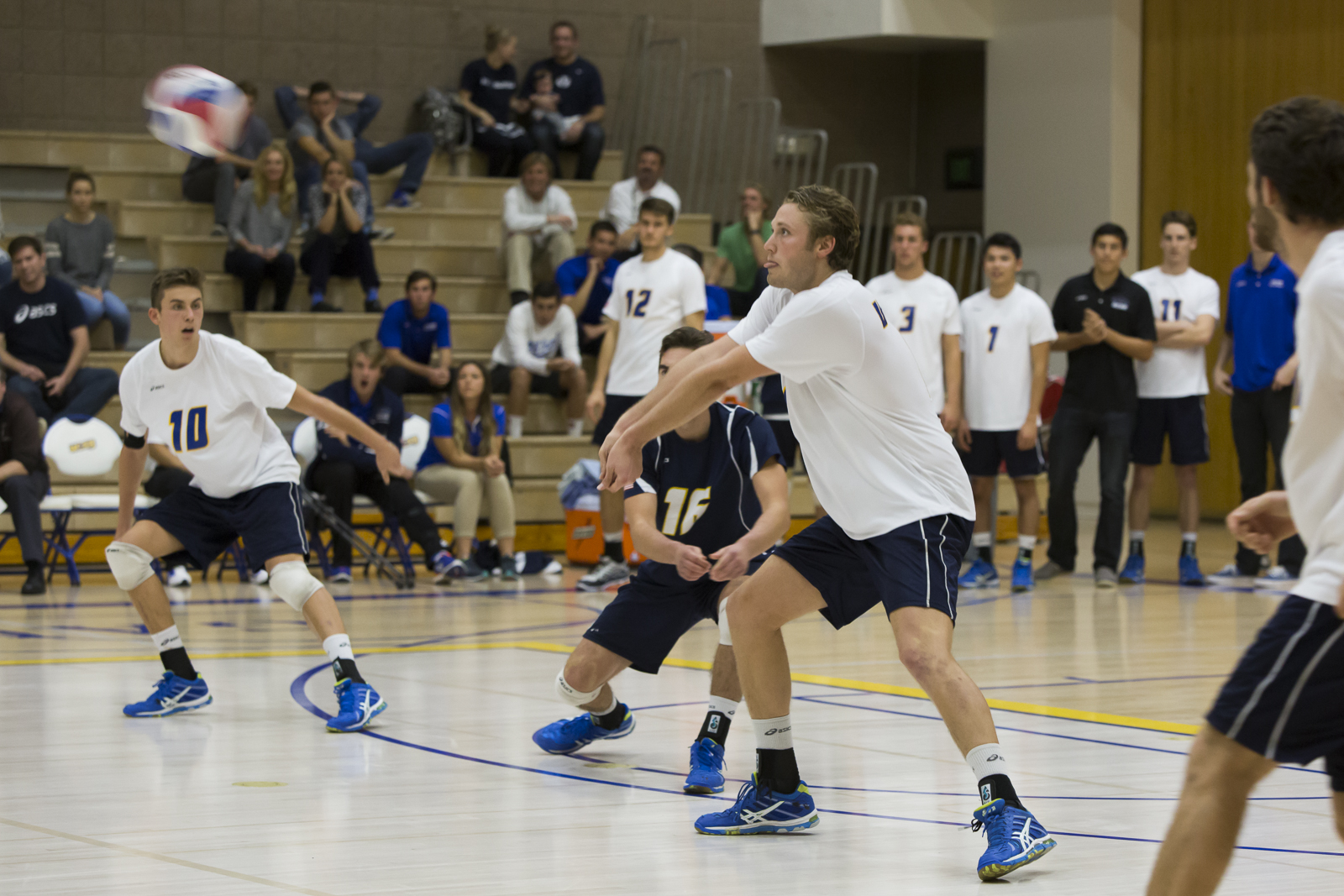 The No. 8 UCSB men’s volleyball team will try to defend Rob Gym on consecutive nights this weekend against No. 5 Pepperdine and No. 13 Stanford, two MPSF opponents who are challenges to the Gauchos’ league title aspirations. While early in the season, this weekend is an extremely important one for the Gauchos after losing three of their first four league matches of the season.

The Gauchos are 5-3 overall this season and they host Pepperdine Friday night. The Waves bring a sparkling 8-1 record with their only blemish this season coming at the hands of No. 2 USC.

Pepperdine is riding a three-match winning streak with its most recent victory coming against UCLA on Tuesday night in a three-game sweep. In the match, senior outside hitter Josh Taylor led the charge with 12 kills, eight digs and five blocks. Redshirt senior opposite Parker Kalmbach had 12 kills of his own as well as seven digs, while senior setter Matt West added 32 assists.

Taylor was named to the AVCA All-American second team as well as All-MPSF first team in 2014 and will be a force at the pins against the Gauchos. Kalmbach, the reigning MPSF Player of the Week, senior opposite Matt Tarantino and senior outside hitter Scott Rhein will be the other starting pin hitters to go along with senior Nikola Antonijevic and sophomore Mitchell Panning, hitting out of the middle blocker position.

“They’ve got a big team and they’re super physical,” redshirt senior outside hitter Weston Nielson said. “If we put some tough serves on them, then we have a pretty good shot at taking them down.”

On Saturday night UCSB takes on Stanford. The Cardinal is currently 3-5 with a 2-3 record in MPSF matches and it takes on No. 9 UCLA tonight in Westwood after it lost to No. 9 UCLA last night in Westwood. Stanford’s previous match came against California State University Northridge with the Cardinal coming out on top in five games. Redshirt senior outside hitter Daniel Tublin led the team with 14 kills and junior middle blocker Conrad Kaminski added nine kills and 12 blocks.

All three teams playing at Rob Gym this weekend have star setters as West, Stanford’s James Shaw and UCSB’s Jonah Seif all were named to the AVCA All-American second team as well as All-MPSF first team in 2014. Expect the volleyball to be dished around magically on both Friday and Saturday night.

“We’re focused on Pepperdine right now, but we will be watching film on Stanford Saturday to prepare for the match,” Seif said. “[Stanford] has a top tier setter and they put up a big, physical block.”

The Gauchos come into the weekend battling injuries as junior opposite Matt Marsh and redshirt senior outside hitter Vaun Lennon are both going to be out for the rest of the season as they both have surgeries lined up within the next week.

Expect to see the same lineup that played against BYU in two matches last weekend. UCSB will be hoping for similar efforts from redshirt senior opposite Kevin Donahue who had 20 kills against the Cougars Saturday night and redshirt sophomore outside hitter Jacob Delson who put up double digits in kills in both matches.