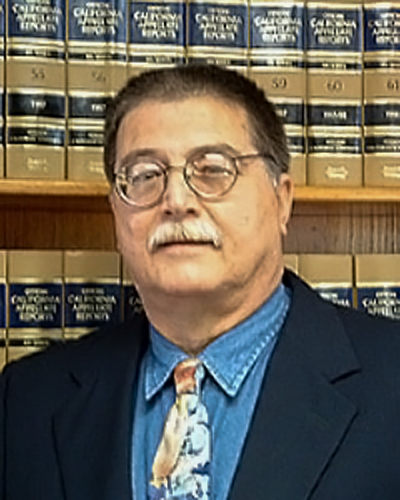 Sigma Pi Chapter Director at UCSB Gary Grubacich passed away at his home due to natural causes on Jan. 12.

Grubacich was an alumnus and member of Sigma Pi from 1964 to 1969 before he was drafted into the Vietnam War where he served in the U.S. Air Force for three years and then worked in Michigan as an engineer for General Motors until returning to Santa Barbara to continue his work at GM for 17 years. Grubacich was employed as an Attorney in Civil Litigation and Appeals at Santa Barbara law firm McCarthy & Kroes for 23 years until his death.

Sigma Pi member and sixth-year biopsychology major Alex Asturias said the national organization for Sigma Pi asked Grubacich to join the fraternity when it was re-chartering in 2007.

“When it started I think there were 50 guys … and then it took off from there,” Asturias said.

Sigma Pi member and fifth-year political science and Middle East studies double major Michael Howze said Grubacich oversaw all of the major meetings of the Executive Council and all of the president meetings.

“The Sigma Pi Fraternity Nationals as a whole would talk to him and he would talk to us,” Howze said. “He was a local lawyer here in Santa Barbara and he was a tenacious kind of lawyer and they loved that so he always, always spoke up for us.”

Asturias and Howze, who have both served as presidents at Sigma Pi, said they could relate to Grubacich and his leadership role in the fraternity and will have a hard time finding someone to fill his role.

“Have you heard the expression, ‘like herding cats’? Well it’s kind of like being a part of a fraternity. Trying to be a leader is like herding drunk cats,” said Howze. “You know, they’re running around trying to do stuff and he was the guy that really pulled us all together and was both the stern person who would say, ‘Don’t do this,’ but also the guy that would protect us if we needed it.”

I never knew my grandparents, and Gary was by far the closest thing to a grandfather that I have ever had. It was that kind of role that he filled for us. – Sigma Pi member and fifth-year political science and Middle East studies double major Michael Howze

Asturias said Gary was known to speak up for undergraduates and would guide the fraternity in making appropriate financial choices.

Howze said Grubacich acted as a paternal figure to Sigma Pi members, offering mentorship to many students within the fraternity.

“We really were his family. We would go over to his house for games of poker, pool, all this stuff,” Howze said. “I never knew my grandparents, and Gary was by far the closest thing to a grandfather that I have ever had. It was that kind of role that he filled for us.”

According to Asturias, Grubacich advised fraternity members to develop in a positive direction from when they arrived to when they left.

“His favorite quote was, ‘From boys to men and from men to gentlemen,’” Asturias said.

A memorial barbeque was held for Grubacich the day before Founders’ Day, in which alumni from New York, Arizona, Washington and elsewhere came to commemorate Grubacich’s work within the fraternity.

Current Sigmi Pi President and second-year Spanish and psychology double major Jonathan Kroll said Grubacich grounded the fraternity and will continue to do so through the legacy he left behind.

“Other houses have chapter advisors, chapter directors, but he was really kind of like our anchor,” Kroll said. “Having an older guy like him, it really helps put perspective. It is really easy to lose yourself in Greek life.”

According to Kroll, Grubacich left a lasting impression on Sigma Pi and set a good standard for running the organization while standing up to the pressures of being a growing fraternity.

“I have learned so much more from him and being in this house than I have from school yet. Most of it is leading a group of 110 guys to the right direction cause because it is very easy to become something you are not,” Kroll said. “What we really push whenever we are trying to recruit guys is, ‘Don’t change who you are,’ and he was probably our main anchor in that sense.”