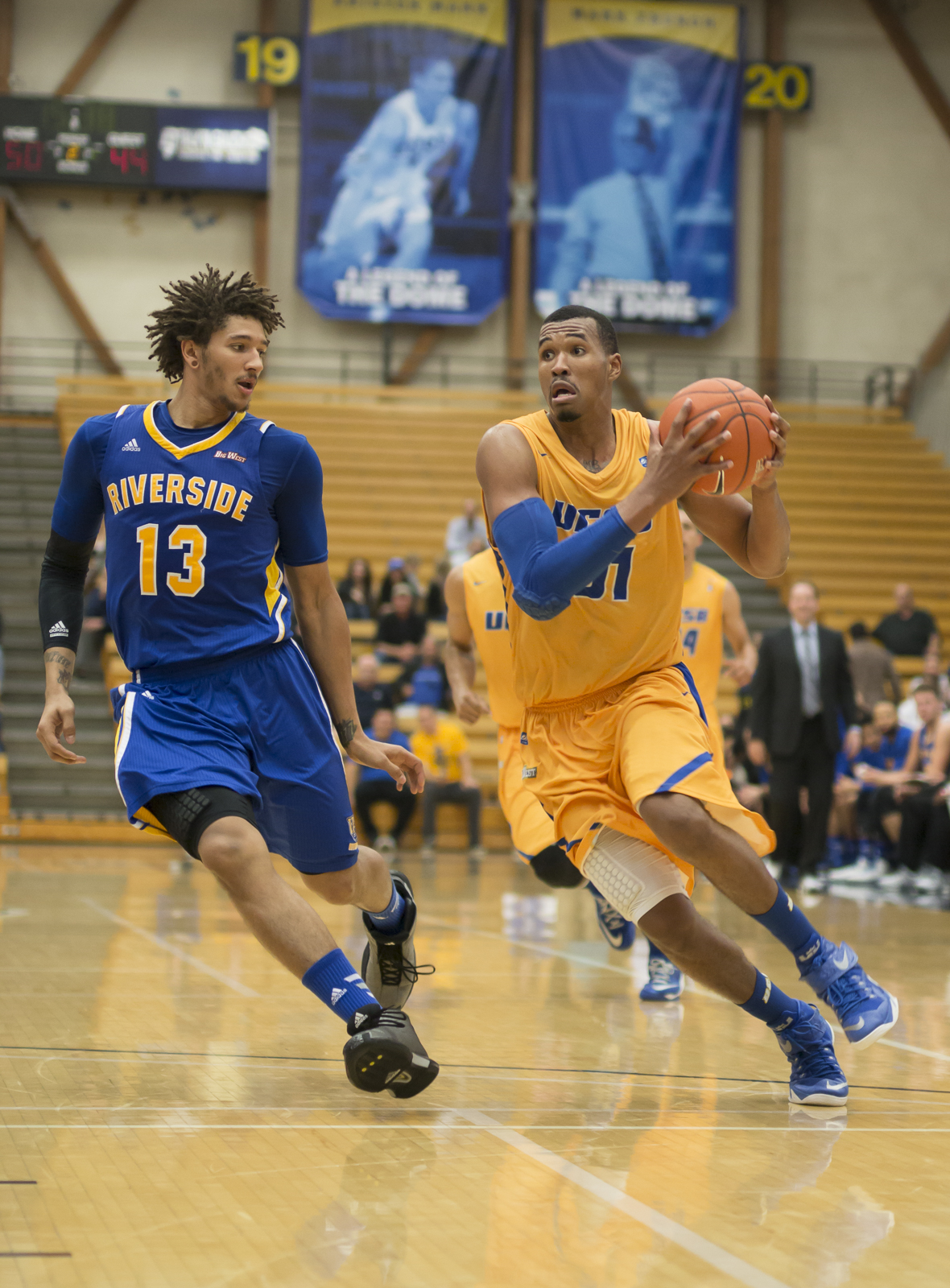 The UCSB men’s basketball team has the possibility of asserting itself as the team to beat in the Big West during this week’s road trip to the league’s top two teams, first to UC Davis tonight, followed by a game against UC Irvine Saturday.

Santa Barbara enters this week’s play on a two-game winning streak at 10-9 overall and 3-2 in conference play. By establishing some needed momentum at home with wins against UC Riverside and Cal State Fullerton, UCSB proved it could win without its best player in senior center Alan Williams, who did not play because of a shoulder injury.

The Gauchos will most likely be without Big Al again this week, which gives another opportunity for UCSB’s supporting cast to step up. So far in Williams’ absence, junior guard Michael Bryson has delivered some of his best basketball of the season. He led the team in points in the last game played with 23 and was really aggressive from the field.

UC Davis hosts the Gauchos in an unfamiliar position. At 14-4 overall and 4-1 in conference, the Aggies are tied for first place in the Big West. If you want to know just how much improved Davis is, UCD won a total of four games in conference all of last year. The wins have also come against top Big West competition, versus Long Beach State in overtime and Cal State Northridge.

A big reason why Davis is in top position is because of senior guard Corey Hawkins. Hawkins is the leading scorer in the league right now with 20.8 points per game. His 51 percent shooting from three tops the Big West. Hawkins, selected to the Big West preseason all-conference team, is UCD’s playmaker with a team-high 3.7 assists and 5.4 rebounds.

Aside from Hawkins, senior guard Josh Ritchart is another possible scoring option for the Aggies. Ritchart scores in double figures with 11.7 points per game and shoots a solid 41.9 percent from three.

For UCSB to win against the Aggies, junior forward John Green will need another performance like he had last week. Green earned his first conference player of the week award after getting his first career double-double with 15 points and 10 rebounds. Green needs to be a factor on the boards again for UCSB, especially without Williams in the paint.

Tip-off for Thursday’s game is set for 7 p.m.