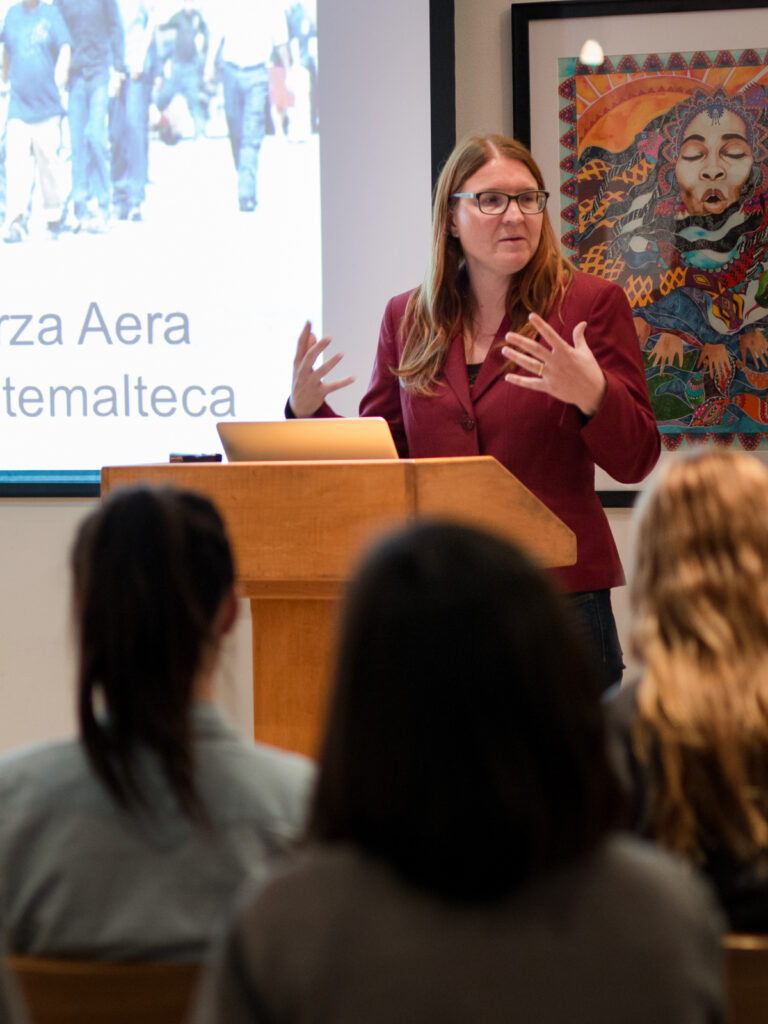 Seasoned author and sociology professor at UC Merced Tanya Golash-Boza held a discussion on mass deportation and the racialized trends in immigrant law enforcement in the U.S. Tuesday night in the MultiCultural Center (MCC) lounge.

Golash-Boza’s discussion focused on a recent increase in Latino immigrant mass deportation under President Barack Obama’s administration and the humanitarian crisis that Golash-Boza claims has resulted from it. Students and faculty also talked about the presence of undocumented students on campus and the positive influence immigrants have had on Santa Barbara’s economy.

UCSB Sociology professor William Robinson said Obama has been known as the deportation president to many undocumented individuals, with more deportations occurring under his administration than any other, according to Robinson.

“On the one hand he’s talking about the rights of immigrants and he’s giving temporary residency to some immigrants that meet certain conditions,” Robinson said. “Yet on the other hand, he’s deported more immigrants than any other president in about fifty to sixty years.”

Robinson said immigrants to the U.S. have become the “scapegoat” for the multitude of financial and economic problems the country is currently facing, all of which are reflected in Obama’s immigration policies.

“First, it’s generating a great humanitarian crisis for 12 million immigrants in the country and their families, and second, immigrants play an absolutely crucial role in sustaining the U.S., and for that matter the global economy,” Robinson said. “Third, these mass deportations without the due process is violation of international law.”

According to Robinson, in order to fix what he calls the mass deportation issue in the U.S., the government must enforce a suspension on all raids and deportations of undocumented citizens. He also said undocumented individuals should have full labor, civil and political rights including automatic residency to undocumented citizens that have no record of criminal activity in the form of an easier pathway to citizenship than current exists.

“This notion that you can divide the global population to citizen and immigrant is an outdated notion and one that is creating a new access of inequality worldwide,” Robinson said, “Inequality between citizens who have all these rights and immigrants who don’t have any of those rights.”

We certainly have students here that might not have as much of a voice, that this idea of mass deportation might actually directly impact them. – MCC Acting Programmer Kelsey Thibdeau

Robinson said it is vital that students understand issues surrounding mass deportation as urgent social and political issues that directly affect students and faculty at the university.

“We have both documented and undocumented immigrants right here on campus, so they should be sensitive and aware of this issue and what’s at stake,” Robinson said.

During the discussion Golash-Boza cited the Chinese Exclusion Act of 1882 as a starting point of racialized immigration policy in the U.S. and said that, fast-forwarding to the present day, even without a specific law stating that deportation is exclusive to a certain ethnic group, evidence shows that a majority of recent U.S. deportations have been of individuals of Latino descent.

“Even though [the government] can’t directly create a law that says, ‘We aren’t going to target Latinos,’ it’s still able to happen,” Golash-Boza said. “The racial contours of immigration policy have changed, but it’s still constant.”

“We’re doing our part here in our community by bringing in speakers to address these hard issues,” Thibdeau said. “Mass deportation is a very sensitive topic that can be very political, but we aren’t afraid of those type of topics.”

I think she really talked about what’s happening in immigration on a global setting and how capitalism plays a role in it, but I feel like a lot of the resistance that’s enacted by the undocumented community had been left out. – Third-year Chicano/Chicana and Black studies major Abigail Salazar

Thibdeau also said the MCC wanted to make sure students are informed of the impact governmental policies can have on the nation.

“We certainly have students here that might not have as much of a voice, that this idea of mass deportation might actually directly impact them,” Thibdeau said. “There may be students here that aren’t citizens for example, or maybe their parents aren’t, so it’s a very important issue to make sure we’re all aware of.”

Third-year Chicano/Chicana and Black studies major Abigail Salazar said Golash-Boza’s discussion did a great job of explaining the essential role global capitalism has on minorities, although she also excluded some specific details.

“I think she really talked about what’s happening in immigration on a global setting and how capitalism plays a role in it, but I feel like a lot of the resistance that’s enacted by the undocumented community had been left out,” Salazar said. “For example, the Undocumented Youth Movement and different groups who have passed a lot of laws like the Trust Act and the new law AB60.”

According to Salazar, students need to become more aware of the presence of undocumented students on campus as well as of the vital role the Santa Barbara immigrant community plays in supporting the local economy.

Fourth-year sociology major Matthew Avalos said the discussion touched on his personal experiences as well as on the history of deportation he has learned from his classes at the university.

“I am Hispanic myself and I have a lot of Hispanic friends, so I’ve heard stories of parents of friends who thought they could get deported,” Avalos said. “I just didn’t know that it had blown up to this extent and turned into such a massive problem.”