The Daily Nexus
News
Mary Jacob To Take Over for Michael Young
January 28, 2015 at 2:24 am by Beth Lebens 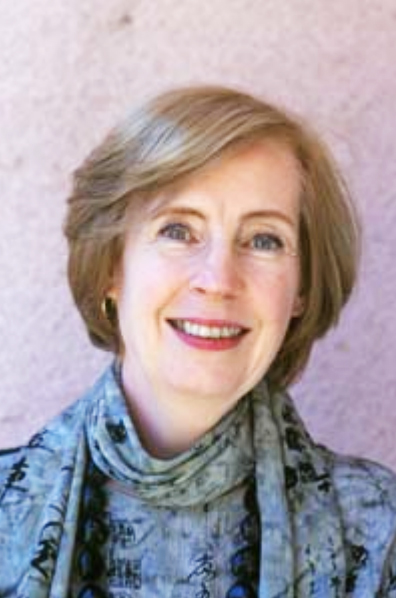 Jacob’s career with the Division of Student Affairs began in 1996, where she has began as Director of the Office of International Students and Scholars (OISS) and then later became the Senior Associate Dean and Executive Director of Student Academic Support Services. During her recently previously held position as Senior Associate Dean for Enrollment Services, she oversaw admissions, registrar, financial aid and early academic outreach.

During Chancellor Henry T. Yang’s campus announcement on Jacob’s appointment last week, Yang said Jacob is well versed in the nuances and challenges of working within education and has received numerous campus recognitions during her career.

“We appreciate Dr. Jacob’s longstanding dedication to our campus and especially our students,” Yang said. “Dr. Jacob has been deeply engaged in education-related activities at the national and international levels as well. She has been recognized with a UCSB Staff Citation for Excellence Award, and a Margaret T. Getman Service to Students Award.”

OISS Director Simran Singh said he has worked with Jacob since 2002 and that her past work with the university has demonstrated that she is an excellent administrator.

“I’ve seen her in action,” Singh said. “She’s … able to keep many different sets of needs in mind as she makes decisions.”

I think she is an ideal choice for the interim position. – Former Vice Chancellor Michael Young

Jacob said her time with OISS introduced her to a broad range of operations on campus that have prepared her to assume the duties involved with leading the Student Affairs Division.

“During that time I got to understand how the Graduate Division operates and how Student Affairs operates, so that gave me a very broad training,” said Jacob.

Jacob also said her time with the Student Academic Support Services and Enrollment Services gave her the necessary skillset and experience she will need to take on the position.

“I got greater in-depth experience within the division and on budget processes … through my work as the Executive Director and Associate Dean for Student Academic Support Services and in my current role as the Senior Associate Dean for Enrollment Services,” Jacob said.

Young, who first met Jacob when she was a candidate for the position of Director of the OISS 19 years ago, said her career thus far at the university makes her an ideal fit for the position.

“She’s had departmental experience as the department head, she’s had responsibility as a patrol point, she’s a senior administrator in the leadership of the Division and has been so for a number of years,” Young said. “I think she is an ideal choice for the interim position.”

While her work with Young has helped prepare her to receive the chancellor’s offer to serve as Acting Vice Chancellor for Student Affairs, Jacob said she was still surprised when she got the call to take on Young’s position.

“[Young] has an executive group that works with him, and I’ve been a part of that group for a number of years, so I knew that he felt I was prepared if I was asked to be in this position on an interim basis,” Jacob said. “I was prepared if I were asked, but on another level I was surprised when I got a call from the chancellor.”

I want to maintain the vision that Michael has had — that we have an inclusive community that is supportive and challenging for our students in productive ways – and to provide the best possible services and programs to our students. – Acting Vice Chancellor for Student Affairs Mary Jacob

Jacob also said Young has been an extraordinary leader and will be a hard act to follow.

“He’s leaving enormous shoes behind to fill, and I’m going to do my best to fill them as much as I can in the time that I’m in the position,” Jacob said.

According to Jacob, she will continue to promote the “inclusive” campus climate and support services available to students during Young’s career.

“I want to maintain the vision that Michael has had — that we have an inclusive community that is supportive and challenging for our students in productive ways – and to provide the best possible services and programs to our students,” Jacob said.

Young said he trusts Jacob to take on his role, but will be available with his expertise if she needs it.

“I’ve told her that I won’t be around to interfere or meddle in her affairs, but I’m a phone call way or an email away for a point of view or more likely information — some detail that would be helpful to her,” Young said.

According to Young, the campus community has a good future ahead of it with Jacob as its Acting Vice Chancellor for Student Affairs.

“I’m prepared to be helpful in any way that she needs, but I can tell you that the campus — particularly the staff in Division of Students Affairs and the students that we serve through our programs and our initiatives — are well served with Mary Jacob as the Acting Vice Chancellor.”