The Daily Nexus
Tennis
UCSB Dominates Westmont in Home Opener
January 26, 2015 at 5:02 am by Daniel Moebus-Bowles 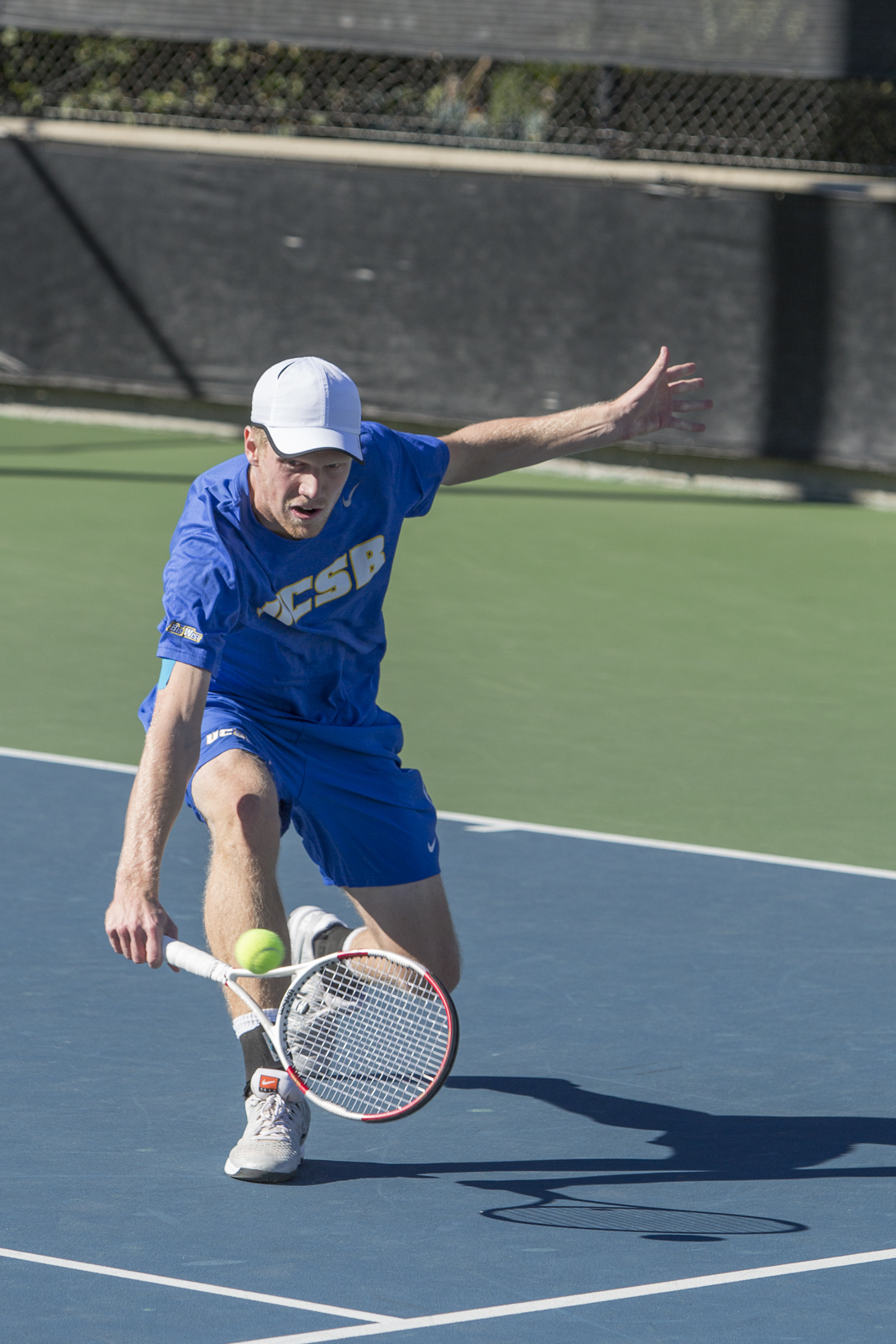 This past weekend, the UCSB men’s tennis team had its home opener after starting this season on the road, picking up its first win in a match against the visiting Westmont College by a score of 6-1.

With this first win of the season, the Gauchos improve to a record of 1-2 while Westmont falls to 0-1 after dropping its first meet of the year.

The Gauchos found out early that they would be without dominant players in seniors Tobias Galskov and Ziad Sultan. UCSB then faltered in the three doubles matches and lost its chance at the doubles point. Sophomore Teague Hamilton and Freshman Chase Masciorini were able to snag the first doubles match by a score of 6-1, but the other two Gaucho teams fell in neck-and-neck battles that both ended 7-6. Down already 1-0 and without two of their strong players, the Gauchos began their singles play with Westmont.

In its two meets prior to facing Westmont, UCSB was only able to pick up one singles win in each of the matchups. This was not the case this past Saturday, as the Gauchos came out victorious in all of their singles matchups. As if just winning wasn’t enough, the team found all of these singles victories in straight sets to give them the six points they needed to capture their first overall victory.

The most outstanding performance of the day was also the fastest of the meet and came on the No. 2 court. Freshman Cody Rakela picked up his first recorded individual win in straight repeating sets of 6-1. He faced off against a tough and expereicned opponent in Westmont’s junior Carl Lindqvist who recently competed in the doubles championship for the NAIA Small College Tournament. Rakela picked up the first point of the day for his Gauchos and they all followed in his footsteps by picking up wins of their own.

The Gauchos will look to continue this success when they host San Diego State this Sunday at home. Matches are set to start at noon on the Rec Cen Courts at UCSB.