The Daily Nexus
Swim and Dive
Swim Takes on Pacific, Women Defeat LMU
January 26, 2015 at 5:00 am by Daniel Moebus-Bowles 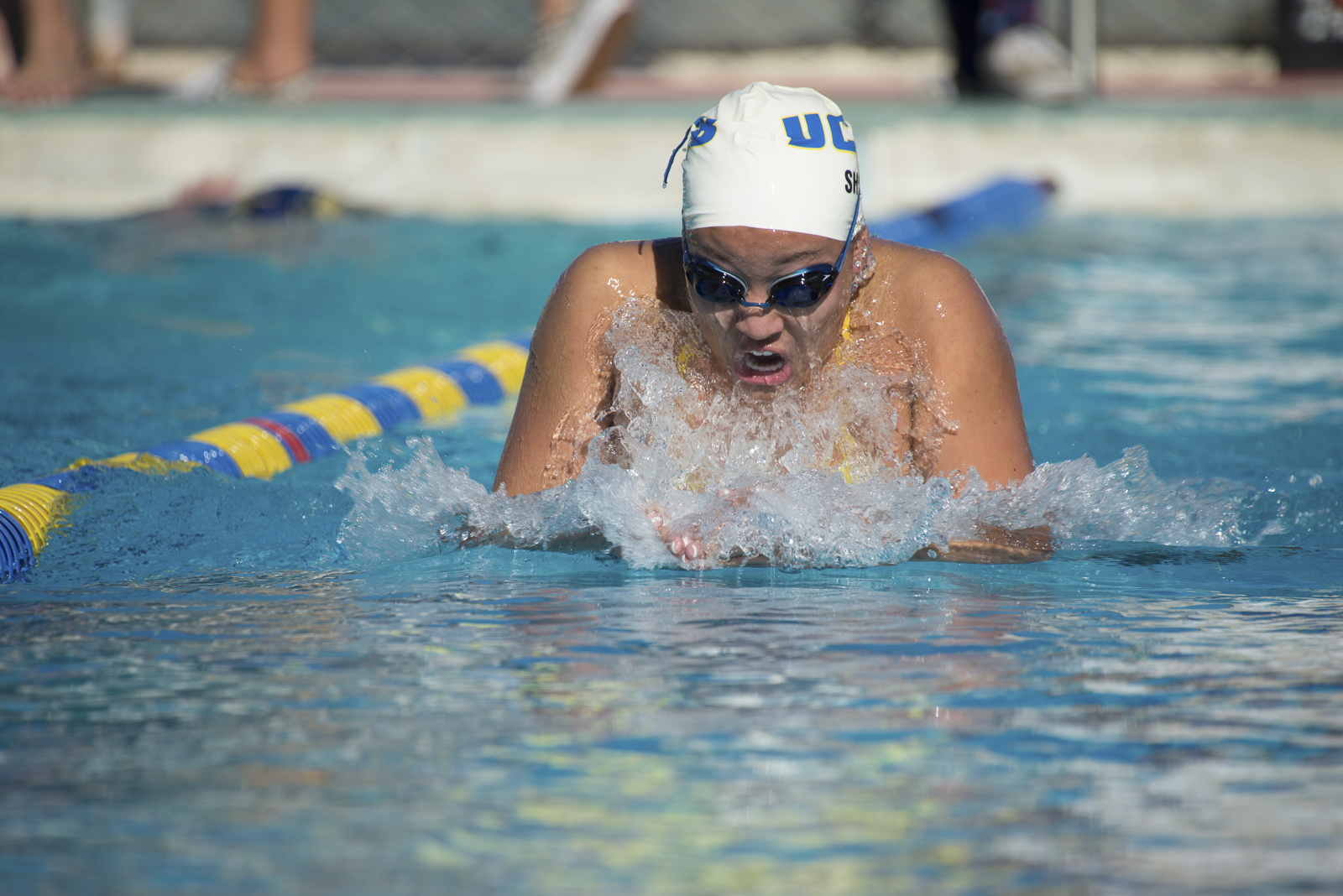 The UCSB swim teams had a full schedule of events this past weekend with matchups competing against three different schools. The men’s team defeated Pacific University by a score of 131-108 on Senior Day. The women’s team fell to Pacific in its bout, 149-108, but took a victory over LMU 187-73 in a three-team duel before losing head-to-head the following day to UC Davis 148-118.

With this weekend in the books, the men’s team continues its season dominance with just one single loss. The women’s team picks up its fourth loss in a season where they have found some struggles.

The men set the tone early in their meet with visiting Pacific. They started off the meet with a bang as they took the first relay, the 200-meter medley, with their “A” team coming in at a time of 1:32.64. The “B” team followed close behind and took third with a time of 1:34.26.

Recent MPSF Athlete of the Week, freshman Dylan Kubik, continued his recent dominance and took first place in the 200-meter freestyle with a time of 1:40.59. His fellow freshman teammate, Billy Mullis, helped make a name for the young guys in this meet with his first place performance in the 100-meter backstroke where he came in at a time of 50.64.

The senior men, including Wade Allen, Andrew Barmann, and Chris Dotson, were all honored after the meet as they swam in their final meet at Campus Pool.

The women this weekend were led by none other than senior breaststroker Katie Records. In the three-team meet on Friday, Records once again pulled out three individual wins in her regular events.

The following day versus UC Davis, Records had a groin injury that took her out of some of her usual events and even then, she was still able to capture first in 200- meter IM, for the second straight day, and second place in the 100-meter breaststroke.

Following the meet against UC Davis, which was the last home meet of the season, the women honored their seniors as well. Heren Alanis, Carissa Metcalf and Micaela Velasquez were recognized in their last time swimming at Campus Pool, as the three swam all four years here in Santa Barbara.

Both the men’s and women’s team will look ahead to this Saturday’s dual meet at rival Cal Poly, where they compete in their final head-to-head meet of the season.