The Daily Nexus
News
UC System Progresses Toward Carbon Neutrality
January 23, 2015 at 12:10 am by Lisa Maillard 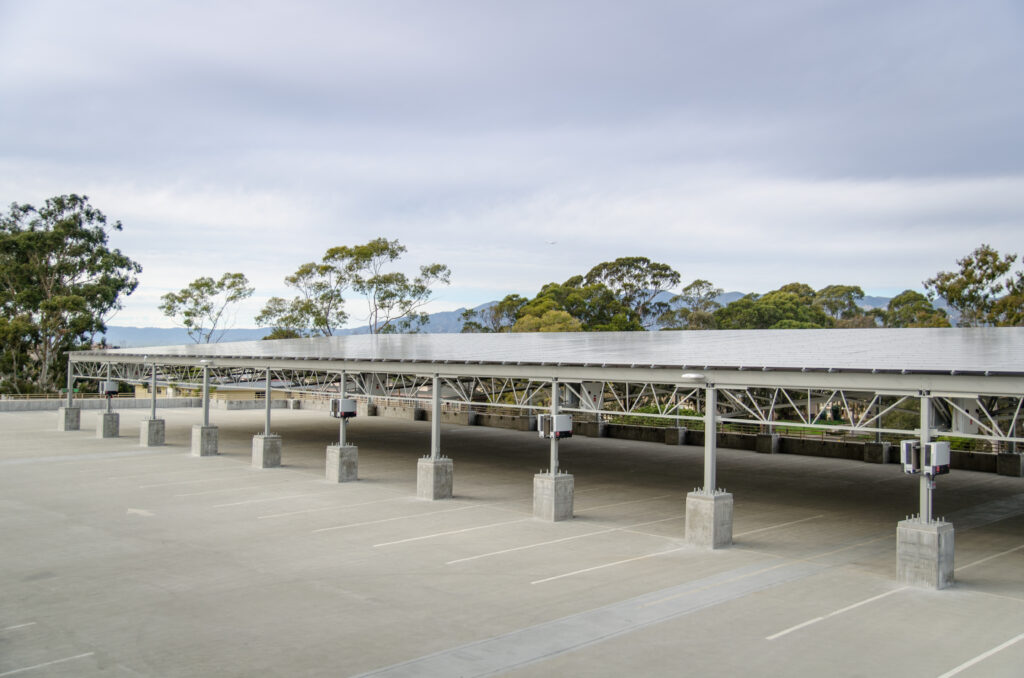 The University of California recently reduced its greenhouse gas emissions to the same level they were at 14 years ago in accordance with UC President Janet Napolitano’s 2013 Carbon Neutrality Initiative, which aims to reach carbon neutrality by 2025.

In the Carbon Neutrality Initiative of 2013, Napolitano pushed for the UC system to be completely carbon neutral, meaning the University would release zero greenhouse gas emissions by 2025. Organizations such as the UCSB Institute for Energy Efficiency (IEE) and UCSB PowerSave Campus are participants in the initiative.

Co-Executive Director of the UCSB IEE David Auston said the institute is collaborating with other UC campuses and that last October the University held workshops where members from all ten UC campuses and the three national UC labs were invited to participate in researching techniques to attain carbon neutrality.

“That was a very interesting and very effective conference, and we continue to work with our partners at the University of California Office of the President and with other campuses to advance that cause,” Auston said.

There’s so many — not just environmental — but social, economic and political problems associated with fossil fuels and there’s so much potential to be transitioning into clean energy and I think that universities are a great place to start. – Co-Team Manager and Outreach Coordinator of PowerSave Paulina Pevzner

According to Auston, the UC’s efforts to reduce greenhouse gas emissions have yielded significant results and as a result, Napolitano’s original goal for achieving carbon neutrality in 2050 was brought forward to 2025.

“There was a plan to reduce greenhouse gases to zero by 2050, but the president of the University Janet Napolitano has moved that to 2025,” Auston said.

Auston said IEE is actively involved in projects to reduce greenhouse gas emissions, such as developing LED lighting and the building efficiency program’s supervision of energy management in campus construction.

“One of the central projects in our institute has been the development of LED lighting and that has been important in reducing the greenhouse gas emissions on campus,” Auston said. “Also we have a program in what we call building efficiency, that is how you manage energy in buildings, and that’s been important also.”

Auston said new buildings are being built with additional conservation efforts and old buildings have also been updated, both of which have contributed to the reduction in greenhouse gas emissions.

According to Auston, IEE plans to install 4.5 megawatts of solar energy on campus, which is roughly 10 times as much energy as is being produced by the new solar panel installation above Parking Lot 22 on campus.

“There’s a proposal now in our facilities department to put four and a half megawatts solar on campus,” Auston said. “This will be on many roofs on the campus, a couple parking lots.”

“We recently just wrote a grant for pool covers that would save a lot of energy for the campus — a significant amount,” Pevzner said. “That’s pretty great. And we’re writing a grant that would allow us to retrofit either the UCen or the MCC. I don’t know if you know where that is but its right next to the UCen, with energy-efficient lighting.”

According to Pevzner, PowerSave will be hosting the annual “Gauchos Do It in the Dark” residence-hall-wide competition to encourage conservation.

“Gauchos Do It in the Dark is starting next month. It’s basically a huge energy saving competitions in the dorms between all the residence halls, and also with a couple other schools,” Pevzner said. “Each dorm tries to save the most energy they can, and the winning dorm can get cool prizes like surfboards and other fun stuff.”

Pevzner said there are many reasons for reducing greenhouse gas emissions and “going green.”

“There’s so many — not just environmental — but social, economic and political problems associated with fossil fuels,” Pevzner said, “and there’s so much potential to be transitioning into clean energy and I think that universities are a great place to start.”