The Daily Nexus
News
Reception Observes Completion of Solar Array
January 23, 2015 at 12:27 am by Shelly Lu 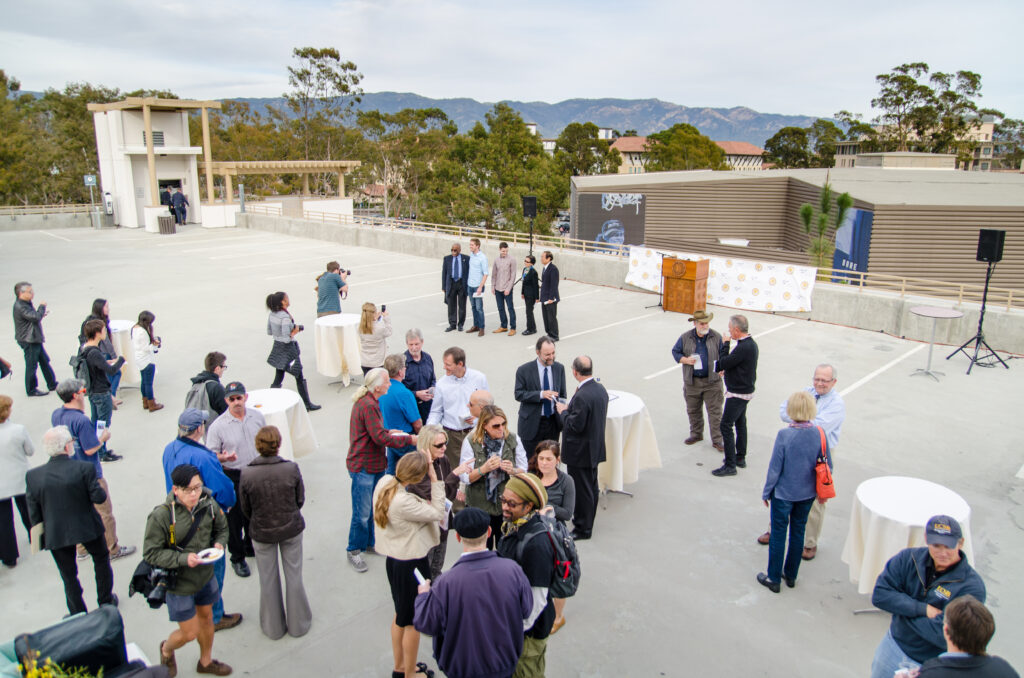 The solar panels use zero net energy to power the Student Resources Building (SRB) located directly across the bike path from Lot 22. The panels are funded by students through a $6.00 fee initiative passed in Fall 2010, and make the SRB the second-largest building on campus to run solely on renewable energy, alongside the Recreation Center.

Alumnus Michael Hewitt, who helped lead the campaign that raised $3.4 million for renewable energy sources on campus in 2009, spoke at the event and said the initiative could not have been passed without the support of students.

“It addresses economic, environmental and social problems,” Hewitt said. “It ensures that we are a campus that focuses on paving the way for other campuses in terms of taking lead when the students want to see it happen. We put it to the students and they voted to support it and we are so thankful for that. We couldn’t have done it without the students both our year and every year since.” 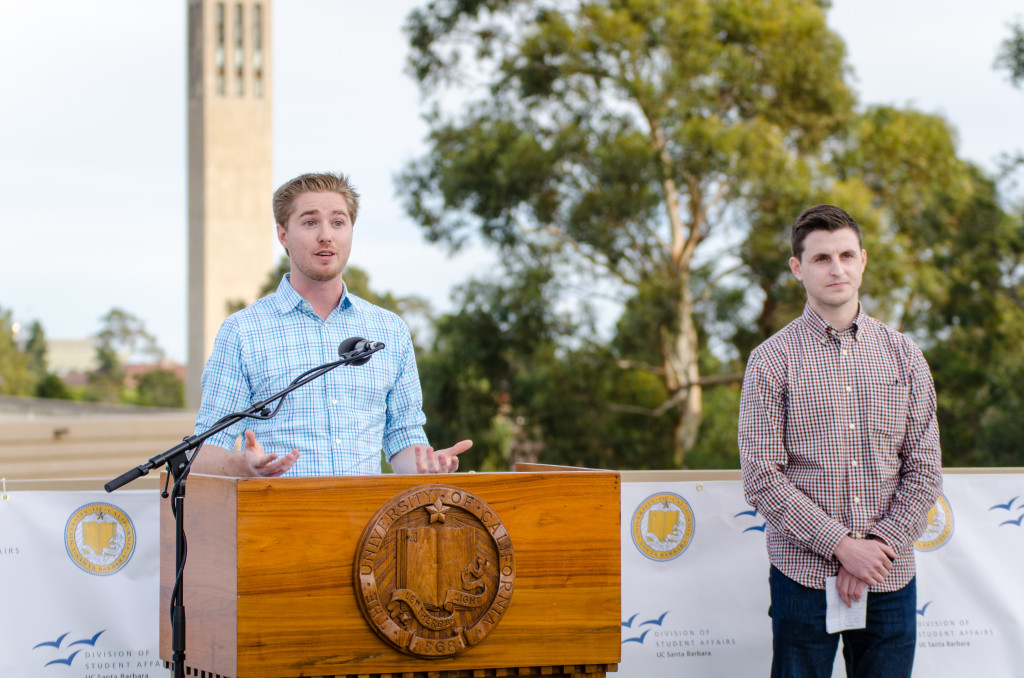 Left to right: Clayton Carlson and Michael Hewitt, alumni who were involved in the Green Campus Program. Alex Nagase/Daily Nexus

Alumnus Clayton Carlson, who envisioned the solar energy system on campus along with Hewitt, also spoke at the event and said the project was devised to save money on student services during tougher financial times.

“It was at the time when there was a significant budget crisis,” Carlson said. “We were looking for a way to make sure that student services would be saved as much as possible, but also look at a holistic approach of affecting the environment.”

According to Hewitt, more funds for student services will be available thanks to the use of the solar panels.

“It starts immediately as soon as they turn on the panels. The division starts to save money,” Hewitt said. “I think every dollar that gets saved here goes directly back into student services.”

Carlson said he believes the project became a reality because it is a practical investment that serves a good purpose.

“This is very real, the energy that you save from a project like this,” Carlson said. “It is a worthwhile investment, and it’s the right thing to do. I think that is honestly why it passed.”

“There are all these rooftops that are potential sun catchers. Our whole vision is to see every rooftop like this. It’s Santa Barbara, it doesn’t make sense not to,” Perlin said. “When you have so much sun coming down, it’s like having a oil pipe that’s leaking.”