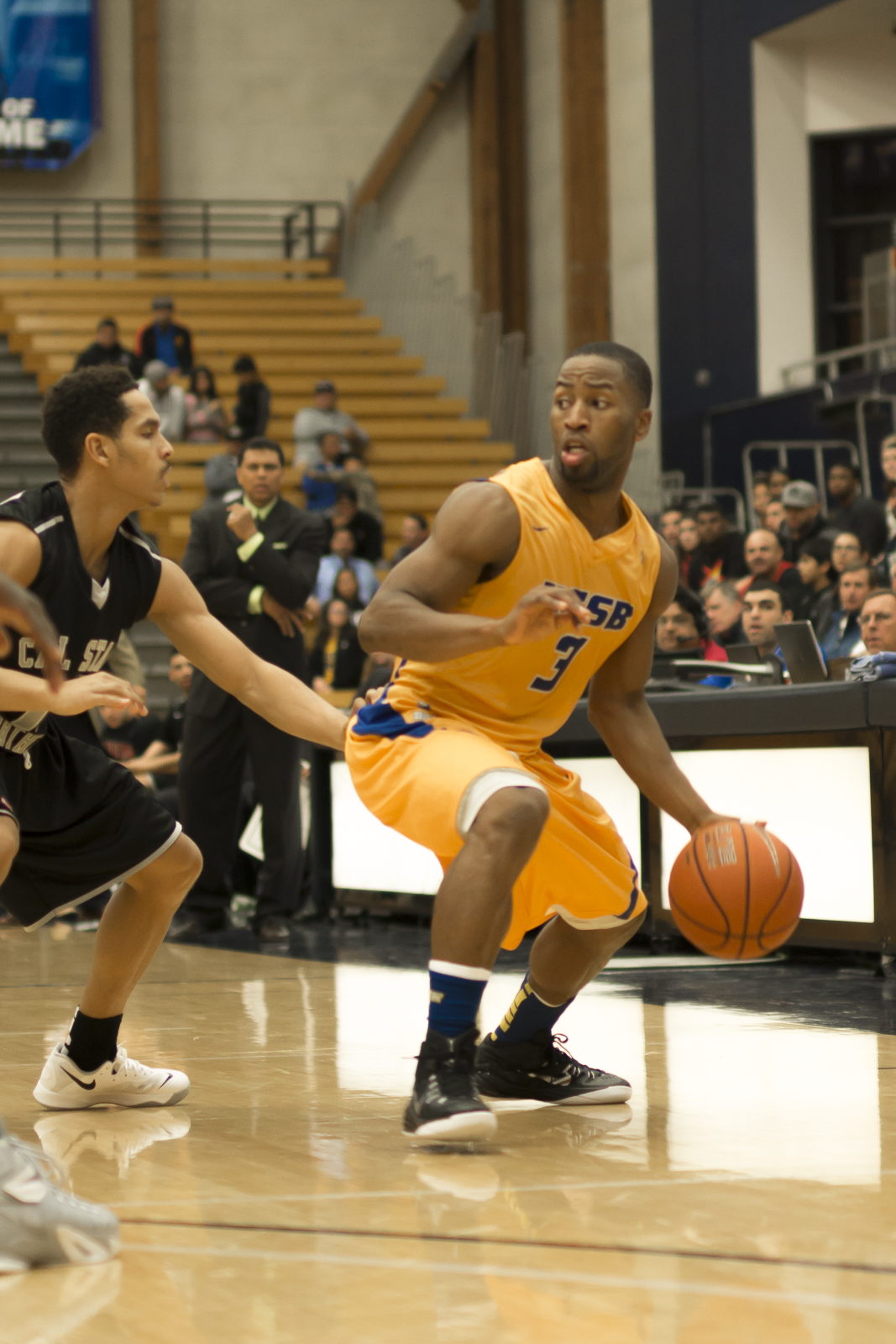 The UCSB men’s basketball team hosts UC Riverside tonight, however, it will be doing so without its best player in senior center Alan Williams, who has been ruled out indefinitely after injuring his shoulder Tuesday in practice.

Williams’ shoulder came out and popped back in, causing slight damage to ligaments. For him to be cleared to play, swelling must come down along with getting range of motion back, and gaining strength to the area.

Last week, the Gauchos got a glimpse of what life without Williams would look like as he was bothered by the flu, resulting in an underwhelming performance from the rest of his teammates. Now with no Big Al whatsoever, a total team effort will be needed to fend off a dangerous UCR team.

“We should have been better able to handle [Big Al] being under the weather,” Head Coach Bob Williams said. “Now we will find out if we can flat play without him because we will not even have a [sick] Al Williams, we will have no Al Williams.”

Santa Barbara is 8-9 overall and 1-2 in conference after suffering a road loss at Long Beach State. In that game, UCSB shot a miserable 25 percent from the field and at one point, missed 25 of 27 attempts. Already having suffered a loss to Cal State Northridge two days before, consecutive losses place the Gauchos in seventh place in the Big West.

Riverside comes in 9-9 overall and 2-2 in league after last week’s split at home, fourth in league.

To make up for Big Al’s spot in the starting lineup, junior forward Sam Beeler will start in place along with junior guard John Green, while junior forward Mitch Brewe will be relegated to the bench. UCSB will need to count on Green, freshman Gabe Vincent and junior guard Michael Bryson — the team’s shooters — to provide the offense Williams normally provides.

“We will run only things that we feel benefit that group,” Coach Williams said. “A lot of stuff we run and plays we run, are built around playing for Al, and so now we’re not going to have Al so, it opens up more room for others to penetrate. We’re going to have to hit jump shots no doubt.”

For UCSB to pick things up offensively, Bryson will have to shake off his performance from his two previous games. It was Bryson who catapulted the Gauchos to a win in their conference opener against Cal Poly, but versus CSUN and Long Beach, he combined for a total of eight points, not scoring at all against the 49ers.

“He’s one of the guys we’re challenging,” Coach Williams said. “There are a lot of options for him to get involved. Number one thing is you play harder, be more aggressive, make more things happen.”

Bryson could get the hot hand this weekend as UCR is ranked fifth in the Big West in points allowed.

The Highlanders will counter with junior forward Taylor Johns, who is second in the league in rebounds with 8.4. Johns is a player quick off the bounce and has expanded his game with a perimeter shot. He could be a problem for Green and Brewe because of his quickness.

Tonight’s game is scheduled for 7 p.m. in the Thunderdome.

A version of this article appeared on page 8 of January 21, 2015’s print edition of the Daily Nexus.