The Daily Nexus
Sports Blogs
Waiver-Wire Finds and Taking the L
January 20, 2015 at 5:05 am by Daniel Moebus-Bowles 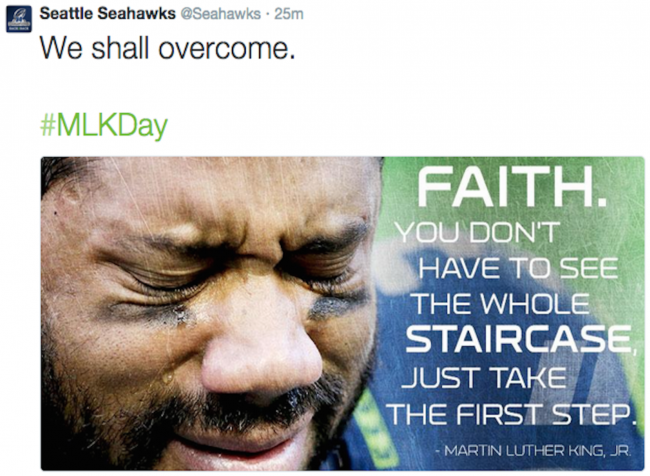 ​Welcome, my NBA gurus in training. I hope your matchups went excellently, and that doesn’t mean taking a 4-5 loss due to losing in rebounding 189-190 like I did in one of my leagues. I nearly took my own scary advice and did a hit of desperation adding ,but in the midst of my own destruction, I stopped myself and saved my roster and took a painful loss. The problem with my lineup this week was that it looked like Coach Gregg Popovich set it up before an NBA Finals game. Everyone was questionable!! And more questionable than the odd comparison made between civil rights and football provided by the Seattle Super Seahawks today, that was later deleted.

The lesson here is that when you are facing a close loss, sometimes you just need to suck it up and take the L instead of acting drastically. I know it’s hard to set a lineup when you don’t know who is playing, but with close attention and research you can figure out who is likely suiting up. The other lesson is if you’re a professional American sports team, then don’t do anything that can possibly offend anyone. Is it that hard Redskins? Take a hint! Maybe the Seahawks should’ve handled this more like their very own Marshawn Lynch.

Games Per Week: (Amount of games each team has this week)

Four Games: Literally Everyone Else

​As you can see, this week is pretty even so if you have anybody with four games than lucky you! You get a little boost but it wont be much, and for those of you planning to desperation add, Don’t Do It! Add early, like seriously right now.

​At this point in the season as we approach the half-way mark, injuries have inevitably been in plenty, leaving those desired names just hanging out at the top of the waiver wire. Those red letters next to their names makes them like lepers to most fantasy owners, but not all lepers are bad right??

​So on behalf of all the Lou’s out there, I’ll help you guys and break down this confusion of sidelined players.

(If you are in a points league, this advice is not for you! Move along!)

With K. Love leaving to play Game of Thrones, Pek took control of the business down low for the Wolves. Even with Love there, he was still a valuable fantasy option. He has currently been out of the league since early December with both wrist and ankle problems and Gorgui Dieng has been his replacement since. Pek is apparently very close to a return to the court as he has been listed as doubtful but seems to report on a game-to-game basis, with some claiming he may be headed for a temporary stint in the D-League. He probably will sit another week or two max before coming back so if you have the means to pick him up at this point, I would claim him, especially if you struggle with rebounds and FG%.

Jones has been out with a knee injury and probably floats around the top of your waiver wire if he hasn’t been snagged yet. Multiple sources have made it evident that he is aiming for the Rocket’s game on January 28th to make a return, so pick this man up while he is still only 44% owned in Yahoo leagues. Before going down, he was averaging 14 points, 7.5 boards, and 1.8 blocks which I’m sure is better than some of your current players.

​Kevin Martin was just recently updated to a status of questionable in his last few games. He has more experience than the next couple of guys at his position on this roster but with weapons like Wiggins and LaVine stepping up, it will be hard for him to regain minutes. Let’s not forget that he was averaging 20 points a game when he went down though. My advice is if he is somehow available in your league, like he is mine, pick him up and see how he comes back. Rubio wont be back till early February so this could be a good stretch for Martin.

​If you are in a categories league, than be very careful with this cat. The only reason you should add him is if you are the absolute worst in the assists category in your league. He is a liability in almost every other category, especially FG% and TO’s, so just leave him please. If you are in a points league, then add him without any doubts. As mentioned before, he is scheduled for a February return, so do not be afraid to hold out for a bit.

​Expected to come back sometime this month. He is a dominant 3-pt specialist and will surely glide back in to help his Bulls team on the offensive end. If you find yourself losing in 3-Pts made then make some room on your roster for this guy.

​The Black Mamba as we know has been resting in many games this season. Eight out of the Lakers’ last 15 to be exact. This is why I include Kobe in this section because he pretty much is an injured player. I doubt that you can pick him up at this point but if you have him I would recommend trading him to an uneducated Laker fan in your league. He isn’t going to be seeing many games per week.

Done for Season: Don’t think about it!

-Kendall Marshall (Not that you’d add him anyways)

​That’s all for this week folks! I hope this helps you with your journey to the top. Don’t forget to set your lineups and hit me up on twitter for any help or comments that you may need or have. @TheRealMoebus