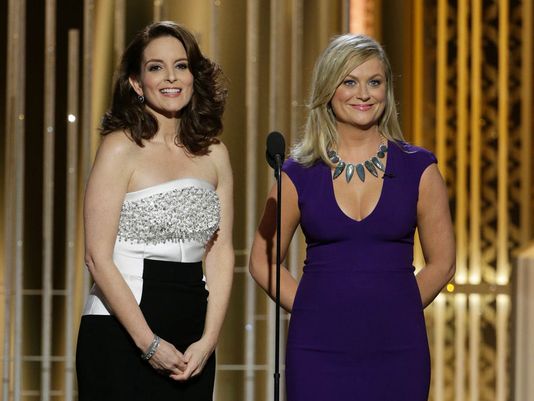 19.3 million people watched the 72nd Annual Golden Globe Awards this past Sunday, kicking off awards season with a bang of surprises. From the shenanigans of Amy Poehler and Tina Fey, to the surprising victors and their tearful speeches, the Globes kept viewers engaged throughout.

Poehler and Fey hosted for the third time since their first hosting in 2013, and also announced that this would be their last time as the Golden duo. The funny ladies wasted no time in poking fun at the star-studded audience. Despite the ongoing North Korea Sony hackers gag and a cringe-worthy poke at the Bill Cosby scandal, the comedians mostly kept it lighthearted.

The best joke of the night was Fey’s jab at George Clooney for receiving an award while his wife received nothing for her work as an activist. “George Clooney married Amal Alamuddin this year,” Fey began. “Amal is a human rights lawyer who worked on the Enron case, was an advisor to Kofi Annan regarding Syria and was selected for a three-person U.N. commission investigating rules of war violations in the Gaza Strip. So tonight, her husband is getting a Lifetime Achievement Award.”

Another comedic highlight came from the viewers themselves. The rise of meme generators made Chrissy Teigen’s crying face an instant source of laughs for many when the model’s husband, John Legend, won a Globe for Best Original Song “Glory” from the film “Selma.”

The big winners of the evening were “Boyhood” for Best Motion Picture, Drama and “The Grand Budapest Hotel” for Best Picture, Musical or Comedy. The latter was a surprise as many thought “Birdman” would take the Globe home. Richard Linklater took home the Globe for Best Director for his film “Boyhood.”

Best Actor in a Motion Picture, Drama went to Eddie Redmayne for his outstanding performance as Stephen Hawking in “The Theory of Everything” and Julianne Moore for “Still Alice” in the actress category. For the Comedy/Musical category, Amy Adams won for the second year in a row, (she took the Globe for “American Hustle” in 2014) with “Big Eyes,” and Michael Keaton beat out fellow actors in the same category for his standout performance in “Birdman,” which tells the story of a washed-up actor who stars in a Broadway play to jumpstart his failing career.

The acceptance speeches had a common theme of overwhelming emotion and genuine shock. Keaton gave a heartfelt speech, calling his son his “very best friend.” Star of “Jane the Virgin” Gina Rodriguez won Best Actress in a TV Series, landing the CW Network with their first Golden Globe winner. The 30-year-old’s speech left many reaching for the tissue box.

Kevin Spacey delivered the bleeped-out F-bomb heard throughout the Beverly Hilton when he won best actor for his role as power-hungry Frank Underwood in the Netflix series “House of Cards.” As his first win after being nominated eight times, that F-bomb was more than justified.

While the Golden Globes may not be as thrilling as the Emmys or as popular as the Oscars, the show does its job. As the kickoff to awards season, the Globes gives a solid excuse to put on PJ’s, drink wine, eat some fancy cheese and watch the stars we admire be rewarded for bringing their characters to life.