The Daily Nexus
Features & Essays
The Nutcracker Principle
January 16, 2015 at 6:00 am by Sammy Gerraty 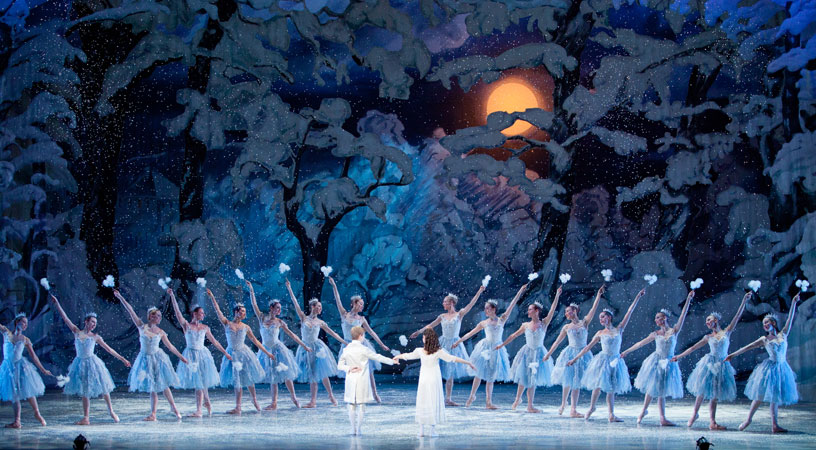 As Christmastime draws to a close, so does the annual “Nutcracker” season. For many ballerinas, it is the four-month long period of never-ending Tchaikovsky and footwear malfunctions. For everyone else, it’s the one-month long period of confusion between the 20-or-so “Nutcracker” performances in the area, all of which attempt to seduce you into watching their take on the old classic.

UCSB Director of Dance Christopher Pilafian coined the term the “Nutcracker principle,” by which there is a direct relationship between the number of people in the cast and the house for a performance. That is to say, the more people onstage, the more people in the audience. However, after the first 10 years of inviting people to see “The Nutcracker,” it gets exponentially more difficult every December to convince friends, relatives and random strangers to show up at the theatre. To save ballerinas of the future the trouble, here are four reasons to continue to see “The Nutcracker” year after year after year.

Tchaikovsky was a musical genius.

The thousands of hours every ballerina spends listening to Tchaikovsky every year is testament to the above statement. For those fortunate enough to see the ballet performed with a live orchestra, the obnoxiously catchy and varied tunes that comprise “The Nutcracker” serve as perfect Christmastime music. The music appeals to a conservative flavor, meant for people unamused by “Grandma Got Run Over by a Reindeer” or those who are slightly uncomfortable whenever “Santa Baby” comes on the radio.

On the other hand, he was not a plot genius. (This is also a plus.)

Whether you see the version where the man in the cape appears in a dream or actually hid in the house like a creep, the plot of “The Nutcracker” is both simple and bizarre. Girl wants doll. Girl gets doll. Doll is a Nutcracker. Nutcracker fights mice. Not sure how exactly the mice get there. Nutcracker defeats mice. Dancing ensues. This simplicity leaves the viewer able to enjoy the dancing without feeling the need to keep track of important plot points, allowing for the purest experience of the art and sport that is ballet.

There’s an assortment of ballet.

While there are many ballets, most are set in a particular style. There are spicy Spanish ballets like “Don Quixote” or romantic European ones such as “Swan Lake”. “The Nutcracker” provides a nice mix of classical dancing, some catchier pieces with more flair and the famously seductive Arabian dance is in a world all its own. “The Nutcracker” is the perfect microcosm of all ballet. Flair and elegance, baby ballerinas and the most beautiful of professionals, incredible flexibility and the occasional face plant … no other masterpiece could capture ballet so fully.

And, of course, the most important reason: You get to look at the derrieres.

No kidding, ballerina and ballerino butts are likely to be the most fabulous you have ever seen. A dancer’s constantly working gluteus maximus is toned like no other behind, and definitely well-worth a stare. Stares are easily accomplished from the darkened audience seats. Though most ballerina’s derrieres will be covered by romantic skirts or pancake tutus, the men of ballet are generally clad in nothing but tights, allowing for an unobstructed view of the beauty that is the male tush.