The Daily Nexus
Opinion
Major Judgements
January 14, 2015 at 6:00 am by Sabrina Hodjati 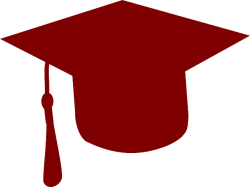 Coming into UCSB I’d assumed that the days of petty comparisons and rivalries were over. I wasn’t even sure that our school had an athletics rival until I attended a soccer game and was immediately made aware of the imminent threat to our well-being that is apparently Cal Poly SLO. In high school, my peers and I quickly grew exhausted of the hierarchy and sense of inferiority/superiority that accompanied college acceptance letters, test grades, SAT/ACT scores, etc. and I looked forward to entering a world, at least for four years, in which such determinants of worth or intelligence ceased to exist. Unfortunately I have not entered that oasis.

Being an undeclared major, I have yet to experience any stigma towards my major. But upon expressing that I’m interested in Global Studies, I sometimes notice a slightly negative reaction, one that makes me feel less intelligent than I had been only minutes before. Of course, this problem is not confined to UCSB. A close friend at UCLA has recently decided to switch her major from biochemistry to comparative literature and has been regarded as someone who “couldn’t handle the chem,” “gave up on med school” or “wants the easy way out.” The stigmas and praise associated with different majors is disturbingly reminiscent of my high school peers, and eerily indicative of who will eventually become a judgmental suburban mom/dad. Although they are futile and, in my opinion, false, these associations are indeed hurtful and contribute to a sense of failure among humanities students that is difficult to simply “get over.”

I don’t dispute that the hard sciences and maths are very difficult as I, and everyone else, has had forced exposure to them. In order to gain admission to UCSB, particularly this year in which the acceptance rate was on par with UCSD at about 36 percent, almost every student has taken and done well in courses in biology, chemistry and some sort of math, just as those in STEM majors have taken courses in the humanities, and have entered the university with about the same proficiency in these courses as those who declare a stats major coming in. Of course, I will likely never experience the horror that is ochem or Math 6A, but at least as freshmen, there is not a gigantic range of “intelligence” in these subjects among students in the College of Letters and Sciences.

We are all students of the same university and of the same general proficiency in school, our “intelligence” cannot be measured by where our passions happen to lie. My friend at UCLA, for example, would likely succeed as a biochem major but, unbeknownst to her critics, is simply more passionate about exploring culture and literature. Passions do not correlate with intelligence (it’s difficult to say that “intelligence” correlates with anything, as it is such a subjective concept within itself), and they are determined by a vast network of psychology, childhood experiences, etc. that are largely not within ones control. Had I been put into engineering camps as a child, taken to the California Science Center and not had that self-esteem-crushing math teacher in seventh grade, I might have turned out to be a materials engineering major instead of my current “fundeclared” status. Sadly, major selection often does not even correspond with one’s passions. One may be fascinated by chemistry but dislike the career paths associated with chemistry degrees and opt for something else with their long-term goals in mind.

Each field of study comes with its own nuances, trivialities and complexities and hurdles to overcome, and are all indisputably fascinating. How does one compare the difficulty of completing ALEKS to the difficulty of analyzing the incoherency of Foucault in one quarter? The “intelligence” of one who can understand the microbiological workings of our immune systems to one who can theorize the human tendency to fear happiness? Workloads may differ, the GPA to get into certain majors may vary and the eventual incomes of certain majors may be higher than those of others, but not one of these differences pertains to intelligence. And even if none of this has resonated with you and you still feel that the field you are studying requires more inherent intelligence than your peers, at least keep it to yourself and off of Yik Yak. We are all probably being judged by some entitled aunt, neighbor or suburban mother already, so let’s all try to refrain from carrying that pettiness over onto our own campus.

Sabrina Hodjati is tired of hearing how much “harder” your bio class is — seek your pity points elsewhere.