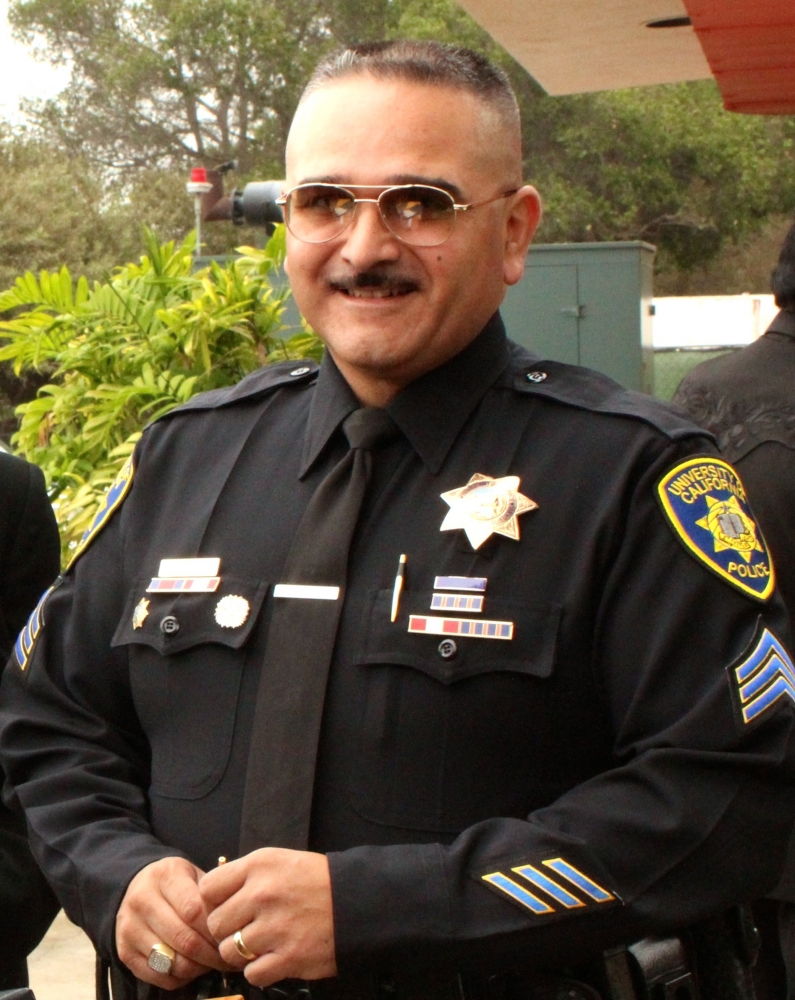 UCSB Police Department (UCPD) Sgt. Tony Borrayo died in the early hours of the morning while he was asleep at home with his family last Sunday on Jan. 4.

A cause of death has not been determined. During his time with UCPD, Borrayo received numerous awards and accolades, including a Supervisory Certificate from the California Peace Officers Standardized Training and the prestigious H. Thomas Guerry Award, given to officers by the Santa Barbara County Board of Supervisors for excellence in law enforcement.

According to Borravo’s colleague and UCPD officer Sgt. Mark Signa, Borrayo was an “amazing member” of the Isla Vista and Santa Barbara community.

“Sergeant Borrayo has been a friend and part of the UC/IV community for almost 20 years,” Signa said in an email.

According to a statement released by the Office of Chancellor Henry T. Yang, Borrayo is Santa Barbara born and raised, and graduated from Dos Pueblos High School in Santa Barbara before attending Santa Barbara City College. He began his career at UCSB in 1994, when he worked at the UCen and in the Parking and Transportation Services before eventually becoming a police officer with UCPD.

According to Assistant Director of Student Programs Marilyn Dukes, Borrayo was a highly regarded member of UCPD and said his passing was unexpected.

“[I] have worked with Tony at events for many years, so his passing came as quite a shock,” Dukes said. “Tony was very committed to his work and to the campus community and my sympathies go out to his family and the UCPD who are, no doubt, feeling his loss very deeply.”

According to Yang’s statement, Borrayo represented both the department and the community at multiple events and ceremonies throughout the state. Borrayo also helped in the creation of the UCPD Honor Guard, and recently joined an advocacy group to aid undocumented students and Dream Scholars.

A memorial service was held on Friday, Jan. 9 at St. Raphael Catholic Church in Goleta. UCPD officers wore memorial patches over their badges in his memory.