The Daily Nexus
Opinion
Language and Identity in Education
January 9, 2015 at 6:47 am by Timothy Vizthum 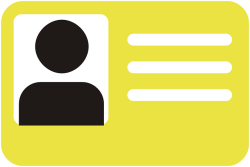 “I’m not Choctaw; I’m Japanese,” my four-year-old son, Rhys, cried. I had just given him his tribal membership card, something that I thought he’d be proud of.

The strange thing is my son isn’t actually Japanese. He goes to Japanese schools — the option my wife and I saw as the strongest education in our neighborhood — and is fluent in the language, but neither my wife nor I have any Japanese ancestors. In his mind, he speaks Japanese, therefore, he is Japanese. Inheritance and genetics do not matter to him. He knew he wasn’t Choctaw because he didn’t speak the language. It was okay for Dad to be Choctaw because Dad could speak a little Choctaw, but that didn’t mean he was.

As President Obama begins to focus national attention on Native American schools and education, I am thinking about my son’s development of self-identity as well as the culture and contributions of American Indians to our country. My ancestors came from many places, but my grandmother’s Choctaw culture and history were always the most important to me.

While my maternal grandmother’s family passed on some of our Native culture and history to us, my grandfather insisted that we were not American Indians. He was Cherokee or Creek; we can’t be sure because he wouldn’t share his heritage with us. When I was a preteen, he would compliment me on how good-looking I was because my skin and hair were so light, a trait that he did not have. This idea —that appearance matters strongly to your identity — created confusion for me in the past.

When I arrived at UCSB as the first person in my family to attend college, I looked the part of a blonde California surfer. Because of my laidback looks, many people assumed I came from privilege. However, growing up, my family had survived with support of government assistance and religious charities. Even making the decision to attend UCSB was a difficult one. Although I was excited about the diverse offerings of the humanities department, I was very much aware that a year’s tuition was more than the entire salary my mother used to support our family of five.

At UCSB I was lucky enough to have several professors who helped me further dig into my identity and experiences as an American Indian. Professor Spickard challenged me to think about the construction of Polynesian identity in his Pacific Island History course. He tested my own ideas of identity, and made me wonder how the images my grandparents saw in media affected their own sense of themselves. Later in college, Professor Lee pushed me in a different way, changing the entire direction of my thesis with one question: “Why would historians care about race?” These experiences taught me that the classroom is a powerful place of identity formation and exploration. By graduation, one big question was on my mind: “What would it mean for students to gain greater control over how they explore their identities?”

I didn’t have the answer, but I heeded the call to action and decided to join Teach For America as a Los Angeles corps member where I taught middle school science. Now as I enter my ninth year in education, I have moved into an administrative position working with long-term English learners at a middle school and two high schools in the L.A. Unified School District.

Helping students explore and express their identities is still a crucial part of my daily work. At Gulf Avenue Elementary School, I’ve developed a heritage language group for my students. Through the Heritage Writer’s Club, students used basic writer’s workshop routines to practice writing their family languages. The majority of the students wrote in standard Spanish, but other students wrote in Farsi, Mixtec and non-standard Spanish. To model this for students, I demonstrated how I learn and write in my native language, Choctaw. The sense of pride for culture, language and writing that my students developed was clear evidence of their success.

My son is just beginning his identity journey. As he does, I strive to make aspects of his heritage available to him, without imposing. I use Choctaw a lot more in our house, but don’t force him to identify with the language. And it seems he’s finding a place for it. He has started sitting down with me as I write in Choctaw, and I recently overheard him tell a friend that he is a “blonde-haired, blue-eyed Japanese Choctaw.” It’s an identity that certainly won’t be on a census form anytime soon, but it’s uniquely him. I hope he’ll be as proud of it as I am.

Timothy Vizthum is a 2004 graduate of the University of California Santa Barbara and 2005 Teach For America Los Angeles alum. Prior to joining TFA, he was an AmeriCorps member, and currently works in L.A. Unified School District as an instructional coach.

My kids and I are Blackfeet and Gros Ventre decendents. My mother was born and raised on the Blackfeet reservation. My mother inlaw is a first generation Italian so my kids speak a little Sicilian. My green eyed light brown haired daughter begged me to take her to a popular doll store that sells an Indian doll with tradtional dress and toys to go along with it. I was surpised when we got to the store and she picked the with doll green eyes and light brown hair instead of the “Indian doll” she begged for. I asked her, “I… Read more »