The Daily Nexus
News
Sociology Ranked No. 1 Nationally
January 8, 2015 at 5:00 am by Danny Kolosta 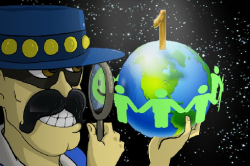 The Department of Sociology has been ranked number one in the country according to a ranking featured in USA Today based on findings by online database College Factual.

College Factual, a website that offers information and resources to individuals interested in college, determine rankings based on the percentage of students at each college that study and receive degrees from each major, and their respective early and mid-career salaries. UCSB’s sociology department, which celebrates its 50th anniversary this year, ranked above universities such as UC Berkeley, UCLA, Princeton University and Harvard University sociology departments in College Factual’s ranking.

Sociology Department Chair and professor Maria Charles said the ranking can be attributed to a propensity by faculty and graduate students within the department to apply curriculum to current issues in the world and to approach the field of study in an interdisciplinary fashion.

“It’s a testament to the group effort of our faculty and graduate students, who are excellent teachers that address real-world problems that really resonate with our students,” Charles said. “Our faculty in general is very diverse, yet share a commitment to public sociology and reach into many disciplines.”

Due to the current faculty’s modern and interdisciplinary approach to teaching, Charles said student interest is at an all-time high. According to College Factual’s rankings, the university’s sociology department is the largest in the nation, offering courses in globalization, race, gender studies, sexuality and other social movements that provide students a versatile education that lands post-graduates an average starting salary of $44,000 increasing to $73,000 at the mid-career level.

“I think students appreciate the value of an education through the sociology department, being a liberal arts education combined with the ability to use tools to understand the current social world,” Charles said. “It’s a great degree to have.”

“Faculty and graduate students are really committed and engaged in teaching and working with undergraduates, and getting them involved in various kinds of social movements,” Raymond said. “It’s a department that is deeply engaged in social activism in the community around it.”

In addition to graduate earnings, the ranking can also be attributed the department’s quality selection of undergraduate major focuses, major concentrations, accreditation and the university’s reputation as a world-renowned research and teaching institution, according to Raymond.

“Given the metrics that [College Factual] uses, the undergraduate students should get a lot of credit,” Raymond said. “It’s their hard work, the jobs they have landed and the ways they have contributed to UCSB that are in part being captured by this ranking.”

College Factual’s ranking is also accompanied by U.S. News and World Report’s ranking of UCSB’s Department of Sociology as the best university for the study of sex and gender for 2013. According to Raymond, however, this is not the department’s only strength.

“The department has always had a strong foundation in areas such as race, ethnicity, nation and gender, which are now being complimented by new emerging strengths such as Latino sociology, environmental sociology, law and society, economic inequality and criminal justice issues,” Raymond said.

“The fact that research in a variety of fields and locations is supported by the university has really propelled the department forward as a top location worldwide for studying gender, sexuality, race, class, globalization and social movements, and understanding the structures and agencies that undergird contemporary society,” Sprague said.

According to fourth-year sociology major Chris Berkley, the department’s recognition is well-deserved.

“It’s great that we have world-class professors here and TAs that really have extensive knowledge,” Berkley said. “In a school that is often recognized for engineering and science, many times the social sciences departments are overlooked. So it’s great that another department is getting national recognition.”

A version of this story appears on page 1 of the Thursday, January 8, 2015 issue of the Daily Nexus.