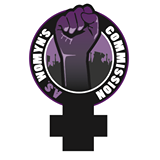 The event, which is free and sponsored by I.V. First Fridays and KCSB, will showcase musical acts such as ALAS, Laura Lora, Otis, Clarissa Bitar and Merylynn Valencia as well as a DJ set by Radio Xicana, live graffiti art by Gusto Supply Company and a break dance routine by UCSBreakin’. A.S. Womyn’s Commission, an organization that addresses women’s issues on campus in relation to intersectionality, aims for the event to highlight female talent and serve as a platform for women’s rights advocacy in the I.V. community.

A.S. Womyn’s Commission co-chair and second-year physics major Ximena Arceo said this is the organizations first time hosting I.V. First Fridays and that the organization decided to host the event in light of recent student sentiments regarding an unsafe party culture that has allegedly come to characterize I.V.

“We’ve heard from complaints from female students that the I.V. party scene sometimes leads to harassment and makes them feel uncomfortable or unsafe,” Arceo said. “[First Fridays] is an alternative to the typical drinking and partying, or a place to hang out after or before heading out to a party.”

According to Arceo, tomorrow night’s silent disco, which will allow attendees to listen to music through headphones plugged into their mobile device, will offer students an innovative and convenient alternative to listening to music.

“Silent disco is a very interesting sight to behold since the music comes from a phone app that people can use for free to listen to music through ear buds,” Arceo said. “There won’t be a dance floor. There wasn’t one at the last First Fridays silent disco, and people danced without any problems.”

Womyn’s Commission co-chair and third-year comparative literature and global studies major Danielle Maldonado said the event’s fun and safe activities will serve as what she said will be a safe haven for students who wish to avoid the alleged party scene in I.V.

“UCSB A.S. Womyn’s Commission created this event to serve as an alternative space full of community, celebration and art,” Maldonado said. “We also wanted to empower and highlight women performers from the community and UCSB.”

Fourth-year communications and global studies major Katie Koerper, who will be attending the event, said she appreciates First Fridays and that the event is a manifestation of an expressed desire by I.V. residents to make the town a safer place.

“I think it’s really important that we recognize the unsafe environment the I.V. party culture can help foster, and seek ways to empower women as a way to challenge that,” Koerper said. “I think this event is a great way to kick off the quarter and present students with an alternative to the conventional party scene. I’m excited to check it out!”

A version of this story appears on page 5 of the Thursday, January 8, 2015 issue of the Daily Nexus.