The Daily Nexus
Sports
Battle-tested Gauchos Square Off Against Rival Cal Poly
January 8, 2015 at 5:11 am by Mark Salay 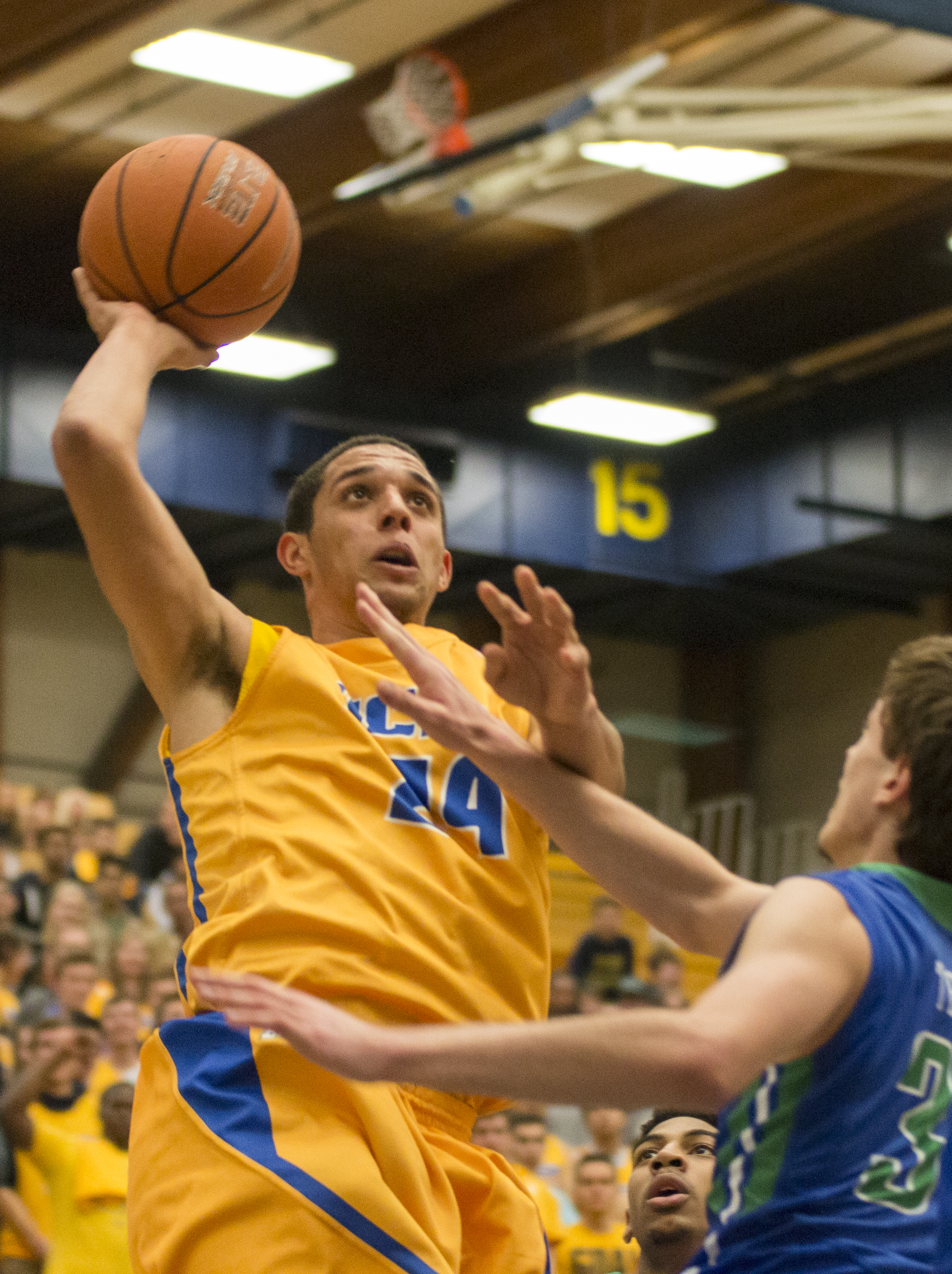 Junior guard Michael Bryson is the second-leading scorer on the team with 13.9 points per game. Daily Nexus (Stephen Manga)

Alan Williams could only watch the game from the bench as his team struggled to score. The best player in the conference had fouled out with seven minutes left in the Big West Tournament quarterfinal, with his team on the verge of having its season end at the hands of Blue-Green rival, Cal Poly.

UCSB was run out of the building, losing 69-38. It was the team’s worst loss of last season, a season that had promise of ending in a conference title. Ten months later, the Gauchos have a chance of exorcising their demons when they open Big West play Saturday against Cal Poly on the road.

“There’s no love between the coaches and players, it’s a real rivalry. We’re going to treat it like one, and really go out and be the aggressors,” junior guard John Green said. “Cal Poly is a real defensive, physical team. We want to come out being physical as well, and show them that we can grind it out and win the Gaucho way.”

Santa Barbara enters the contest with a 7-7 record overall and winner of its last two games, with wins over Vermont and Florida Gulf Coast. In each of those games, the team showed focus and a commitment to defense, a good sign heading into conference play.

“We’ve been ready. These past two wins at home have given us an energy boost heading into Cal Poly,” Green said. “It’s our first game in conference and we know what happened last year in the Big West Tournament. We’re really active and excited to play against this team in their house.”

Meanwhile, Cal Poly stands at 8-5, coming out on top in six of its last eight games. The Mustangs began conference yesterday against Hawaii as the team won a tough game, 61-57.

UCSB will have to play sound basketball for it to capitalize on whatever errors the Mustangs commit. Cal Poly currently leads the nation in fewest turnovers per game and on eight occasions it has kept turnovers to nine or less.

Besides taking advantage of turnovers, it will be critical for UCSB to control the glass considering four of the Mustangs’ five losses have come when they lost the rebound battle.

“We got to keep them off the glass,” Head Coach Bob Williams said. “In wins they average eight more rebounds than their opponents, in losses they get outrebounded. That’s a key factor for them.”

How effective the Gauchos can block out for Big Al might decide this game. Williams, this week’s conference Player of the Week, is averaging 18.6 points and 11.9 rebounds for the season. Coming off consecutive double-doubles, Big Al heads into the contest 30 rebounds away from 1,000 for his career, which would make him only the fifth player in conference history to reach that milestone.

A major contributor this season has also been Green. Injuries to his foot and wrist limited him to only four games in three years, but now that he is healthy, Green has been a key player off the bench averaging 11.1 points per game and scoring in double-digits in 10 of the last 13 games.

If the Gauchos do come out on top in this Blue-Green rivalry game, it would be only their second conference-opening win in the last seven years.

Tip-off Saturday at the Mott Athletics Center is set for 7 p.m.

A version of this article appeared on page 8 of January 8, 2014’s print edition of the Daily Nexus.