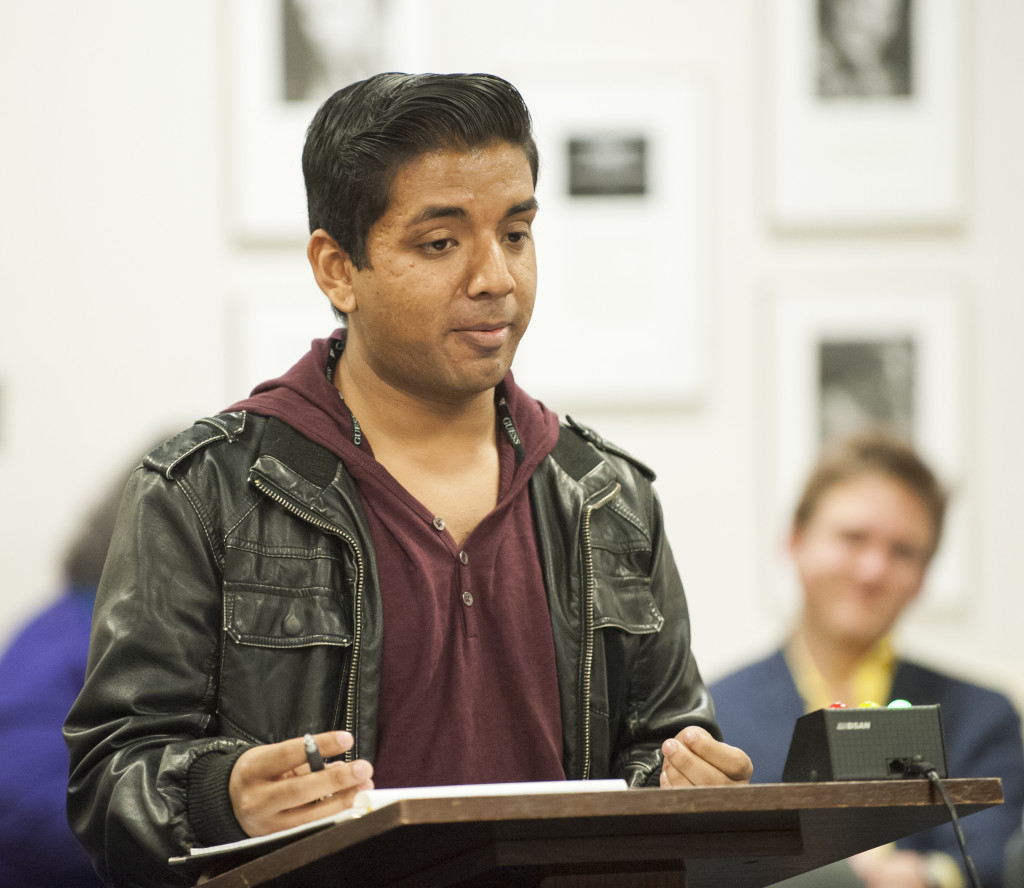 The Associated Students Senate held its first meeting of the new quarter yesterday evening in the Flying A Room at the UCen to discuss upcoming events and initiatives for Winter Quarter.

Marquez announced efforts to establish better communication between UC Police Department and the A.S. Program Board, which put on the concert, in order to prevent future mistakes on the part of security personnel including the chief of police for UCPD and Program Board officials.

“We sent a general memo to all those personnel to see if we could do some cross-training about how things work and what impact one of our decisions make on others and so on and so forth,” Marquez said.

A.S. President Ali Guthy was present at the meeting to inform the Senate about a possible I.V. rebranding project and potential university-sponsored events to be held during Deltopia weekend.

Guthy questioned whether a rebranding campaign is necessary and if money raised for such a campaign could be better spent on investing in certain I.V. programs.

According to Guthy, I.V.S.A.F.E., a committee on I.V. safety led Santa Barbara District Attorney Joyce Dudley, is currently working on a rebranding initiative for I.V.

“Today they proposed that this campaign would cost somewhere in the realm of $90,000 so they’re looking into where they would get those sources of funding,” Guthy said, “I expressed concern over whether students would rather see that money going toward actually creating programs to benefit I.V. rather than tell the world that it is better. So we’re not really sure where we will be going with that.”

Guthy also said university administration is examining potential alternative entertainment programming, similar to what was held during Halloween, for this year’s Deltopia, an event typically held the first weekend of Spring Quarter.

“The university has reserved a lot of campus venues like Harder Stadium and Campbell Hall for alternative programming that weekend and I think A.S. Program Board is looking into hosting some sort of concert or alternative event similar to Halloween,” Guthy said. “Nothing’s been set yet but plans have been developed.”

Schunk also said he would like to see expanded service offering by the A.S. Pardall Center, including the purchase of its current building, which A.S. leases, to create a more permanent A.S. presence in I.V.

“I would like to look into the idea of the Associated Students being able to increase and expand the services provided in the Pardall Center, specifically through an increase in fee initiative,” Schunk said. “One of the main things we would be looking to do is provide the opportunity for the Associated Students to also use that funding in the long term to perhaps purchase that building so that we no longer have to worry about renting that space.”

The Senate also passed its only action item of the week, “A Resolution to Support Wage Equality Among UC Employees” without objection, which voices the Senate’s support for equal salaries for staff regardless of gender.

A version of this story appears on page 4 of the Thursday, January 8, 2015 issue of the Daily Nexus.