Welcome back my Fantasy Island Go’ers! I first would like to thank all of you for helping me to another great year of providing NFL Fantasy advice in this blog and I am proud to announce that I will now be shifting to the NBA. I hope you all did well with football and that my advice helped you all to the last game of the year.

Now that we are shifting gears, I must warn that NBA fantasy is much more difficult than NFL. You have a lineup for everyday and you have players with multiple games in the week. This kind of thing can get tricky so I thought I’d tip off with some helpful tips in this week’s edition of Fantasy Sports Island. Follow these tips and you will sneak past opponents like Steph Curry.

Now I understand that all of you playing this year have probably already drafted so I cannot help you with your first selection of players. What I can do is narrow your scope based off of the particular scoring in your league. NBA Fantasy has two main scoring options: Categories, in which you compete in specific stats categories, and Points, which is just like NFL fantasy.

If you are in a category league, it can be extremely helpful to do some review research. By that, I mean go back and look at the matchups that you have completed so far and evaluate where you struggle. If you haven’t won the rebounding categories once the entire year, then you need to look into some 4’s and 5’s. This research will help you with playing the waiver wire and also for creating trades. If you struggle in rebounding, but destroy 3pt shooting every week, then maybe you can spare to trade away one of your shooters for a big.

For those of you in a points league, your job is arguably simpler. You don’t have to worry as much about positions as you do performance. If you have a guy like Kobe, whom rakes in points but is a liability in shooting percentage, then you don’t need to worry. You will only get the positives from The Mamba. It is important to watch the waiver wire carefully, and catch players while they are hot. Watch for spikes and drops in minutes played as that is the biggest factor to each player’s possible performance. Do not be afraid to make multiple changes weekly if that means you will get more points.

Read this advice with caution! If used incorrectly, you may destroy your team. Some weeks, your opponent will just have more games than you and you find yourself at a disadvantage. When in a situation where a week is on the line heading into Saturday or Sunday there is one thing you can do to get a little boost. Look on the wire and see who has a game on one of those days, or if your lucky, both of those days. If you can find someone who is worth your time then pick him up, but be careful as to who you drop and make sure that you do not mind losing that player. You probably will, so really make sure of your decision before making your move.

If you have Patrick Beverly and you can add Jeremy Lin as desperation, then by all means do it. But do not pick him up and drop Damian Lillard! That’s just Linsanity. This technique works much better for those of you in points leagues as overall points are not hard to come by. Those of you in category leagues, keep in mind that it isn’t a guarantee that doing this will win you a certain category, but having more players gives you an advantage in most categories. I hope these few pieces of advice help you guys to a stat sheet that is fuller than JR Smith’s, and fuller than his body too. Shouldn’t be hard now that he plays under The King and not that chubby scorer from Syracuse. 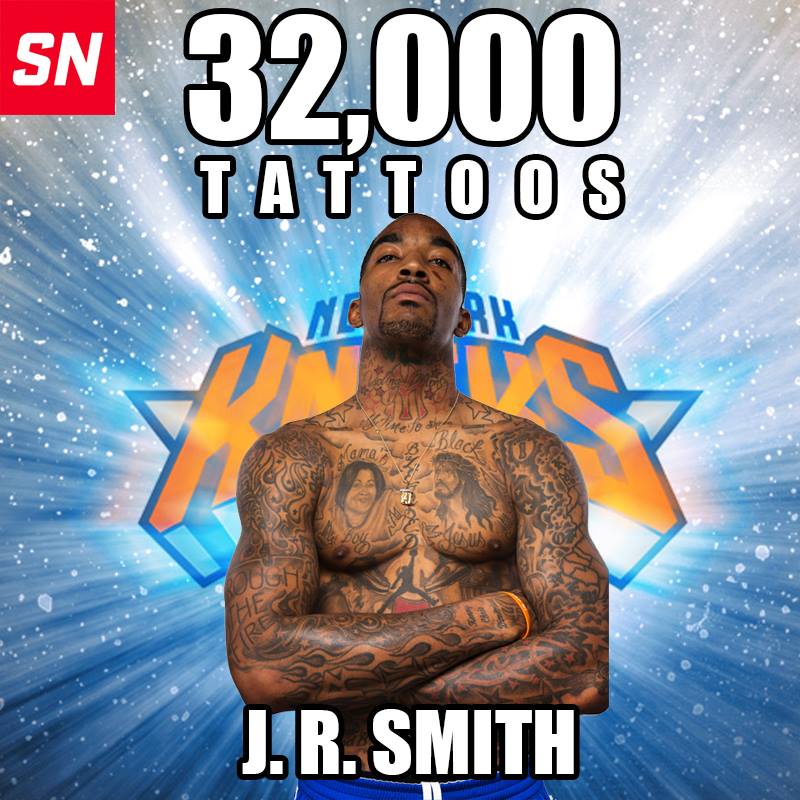 With that out of the way, we can now move on to the advice that you guys are looking for. The big trade that took place this past Monday.

The hottest move of the year, after all the Love and Wiggins hype, once again involves the struggling but scary Cavaliers. Dion went to OKC and JR Smith and Shumpert went to the Cavs. If you are one of the few JR Smith owners, I would highly consider dropping him or trying to involve him in a trade to one of your friends in your league that isn’t exactly aware of his true worth. (Many Fantasy players love big names) Same thing goes for Shumpert. He is a great pickup for the Cavs but that is for his Defensive worth and that doesn’t help fantasy. Dion Waiters still retains some use as we saw that he works well with a couple of superstars and now he is right back in that same situation with KD and Westbrook.

That’s all for this week my Island Go’ers. Make sure you get out there and set your lineup every day. Make sure you do it early in the day and in the week because any player with a game on your bench is a waste unless you’re trying to minimize mistakes. If I had a nickel for every time I’ve missed a start this season, I’d have 15 cents, and I prefer the fantasy points over that.