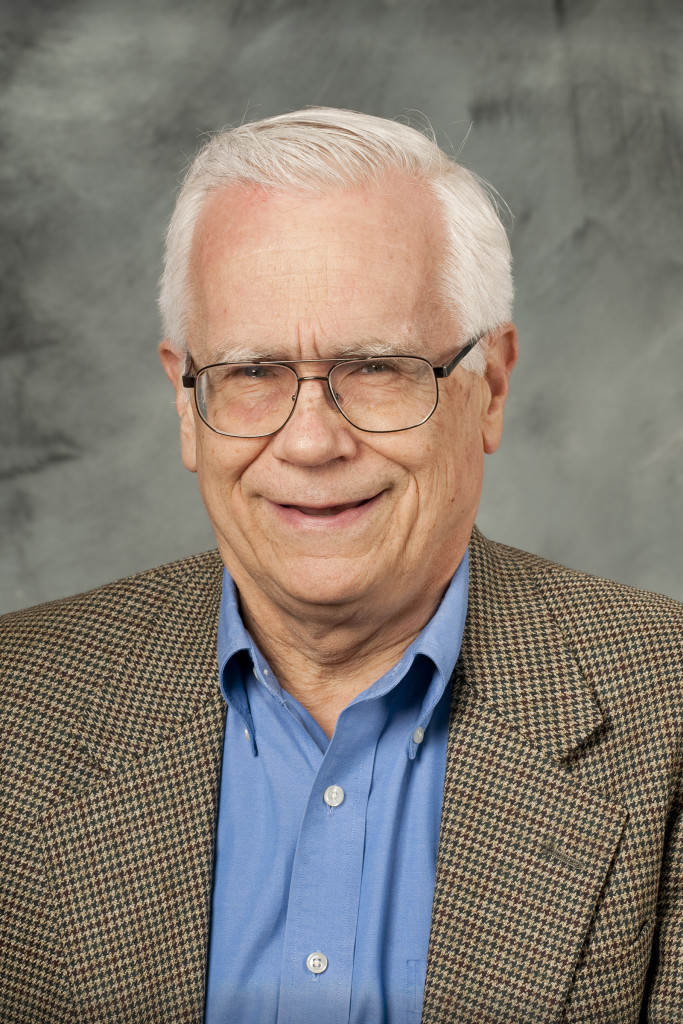 Materials professor Edward Kramer died on the morning of Dec 27. He had been a professor at UCSB with the department of materials and jointly with the chemical engineering department since 1997. Photo courtesy of UCSB Public Affairs & Communications

75-year-old materials professor Edward Kramer died in his sleep at his home in Santa Barbara on the morning of Dec 27.

Kramer had been a professor at the university with the department of materials and jointly with the chemical engineering department since 1997, when he was recruited out of a 30-year career in materials science at Cornell University in Ithaca, New York. Kramer is survived by his wife, Gail, their children Jeanne and Eric his grandchildren.

Kramer graduated from Cornell University in 1962 with a Bachelors in chemical engineering and earned a Ph.D. in metallurgy and materials science from Carnegie-Mellon University in 1966. He joined the faculty of Cornell University in 1967 and in 1973 authored a paper that greatly expanded current knowledge on a phenomenon called flux pinning, where exceptionally conductive materials are suspended in space above a magnet. While at UCSB, Kramer worked collaboratively with various professors, post-doctoral scholars and Ph.D. candidates, particularly in the area of polymer science, in which he was considered an expert.

Rod C. Alferness, Dean of the College of Engineering, said the death of Kramer was unexpected despite a recent heart surgery.

“Its a huge loss,” Alferness said. “It came as a shock; I was not expecting it to happen at this time. There’s a sense of loss both for the college and the university.”

Kramer’s longtime colleague, chemical engineering professor Glenn Fredrickson, said while Kramer’s heart surgery had taken place several months ago and he was in recovery, Kramer had been active in the research lab and had attended the dissertation defense of two of his Ph.D. students just a week prior to his death.

“He had been very active and animated during the discussion and questioning period, so we had a sense that he was on the mend and was his old self,” Fredrickson said. “Everybody who had interacted with him just a week ago had a sense that it was all uphill from there, we were really taken aback by this.”

According to Materials Dept. chair Tresa Pollock, Kramer was a devoted faculty member who took pride in the achievements of the students he mentored.

“He was a very dedicated teacher and mentor,” Pollock said.“He put a tremendous amount of effort into developing his courses and teaching them carefully.”

Kramer was set to teach an undergraduate course this quarter in the chemical engineering department, Introduction to Polymer Science, which Pollock said would be filled by Rachel Segalman, a former student and colleague of Kramer at UC Berkeley.

According to Alferness, Kramer was planning to retire from his faculty position at the end of the year and would not have taken on any new graduate students or postdoctoral researchers, but would have remained with the university as a researcher.

Alferness also said Kramer was a role model for younger faculty and mentioned that Kramer and his wife donated enough money to the university to establish an endowed chair position that has yet to be filled within the College of Engineering.

“He was a great citizen on campus as well and a strong advocate for UCSB. A very wise person. Everyone will tell you who knows him, he was truly a gentleman and served as a wonderful mentor,” Alferness said. “[Establishing an endowed chair] is not a typical thing for faculty to do; it speaks to his view of the importance of education.”

Kramer also led the Kramer/Fredrickson research group within the Materials Research Laboratory. The group’s research primarily focused on studying certain properties of block copolymers, materials made up of block-like structures of multiple molecules. Specifically, the group’s recent research has centered on understanding the processes by which certain materials melt, as well as the process of directed self-assembly. According to the Institute for Molecular Engineering at the University of Chicago, directed self-assembly is a process by which molecules of certain materials spontaneously come together, or “self-assemble”.

According to Fredrickson, a longtime collaborator of Kramer’s, Kramer was among the first to develop the field of examining directed self-assembly and did some of the early experimentation on the process and that Fredrickson used his work in a theoretical research group in materials research.

“He did a lot the early pioneering work on directed self assembly … and looking at how polymers assemble themselves in confined ‘wells’ within a thin film,” Fredrickson said. “My group has subsequently developed theoretical tools for simulating polymers under confinement and much of that was simulated by experimental work [from] his group.”

Fredrickson also said Kramer’s work on the directed self-assembly processes represents an advancement in the way certain products are manufactured.

“Now its become [a] technology that companies like Intel and Sony viewing it as a strategy for next generation patterning of semi-conductor devices,” Fredrickson said. “Being able to make smaller features on devices than they currently can now, the strategy for making microprocessors faster is to shrink the devices and that requires patterning on smaller and smaller length scales.”

According to Fredrickson, Kramer was one of the first people to work on the process in a “methodical, systematic experimental way” that has set the stage for it to become a “developing technology.”

According to Nate Lynd, an assistant professor in the department of chemical engineering at University of Texas, Austin, and formerly a post-doctoral researcher under Kramer at UCSB, the late professor’s work with the group was unique given his level of involvement in the group’s work.

“Ed very much liked to be involved,” Lynd said. “You would sometimes see the light on in his office in the evening he would be working on data himself which I think is somewhat rare for a professor this late in his career.”

“He helped to elevate the stature of our university and our top-ranked Materials and Chemical Engineering departments, and provided exemplary leadership and service to our campus community in so many other ways as well, including co-chairing the search advisory committees for our previous and current Dean of Engineering,” Yang said.

Lynd also said Kramer fostered an atmosphere of collaboration in the various research efforts he took part in and various faculty members and departments would be involved in the polymer research Kramer carried out.

“What was really great about Ed’s group was just how well integrated it was with the research efforts others, with the research of other faculty at UCSB,” Lynd said. “It was this incorporation of the contributions of the expertise of many people that had made a lot of this research great and Ed. This was his modus operandi, and he was a big cheerleader of carrying out collaborative research.”

Lynd said Kramer aided him greatly in his postdoctoral studies and taught him to work collaboratively with others in the group.

“Recognizing what kind of peg you are and finding the right hole on the team, that’s something Ed definitely helped me with,” Lynd said, “and since that time things went just great … I really owe a lot to Ed.”

[Correction: A previous version of this article incorrectly stated Kramer’s age as 74, he was actually 75. The article also incorrectly described the directed self-assembly process as spontaneous, it actually occurs in controlled environments under the influence of researchers. The article also incorrectly stated Fredrickson used Kramer’s scholarship in his own work, this is also incorrect, Fredrickson used his work in a collaborative theoretical research group composed of graduate students and other researchers. This article has been updated accordingly.]