The Daily Nexus
News
Nakamura Continues To Pick Up Accolades
January 5, 2015 at 2:29 pm by Peeka Zimmerman 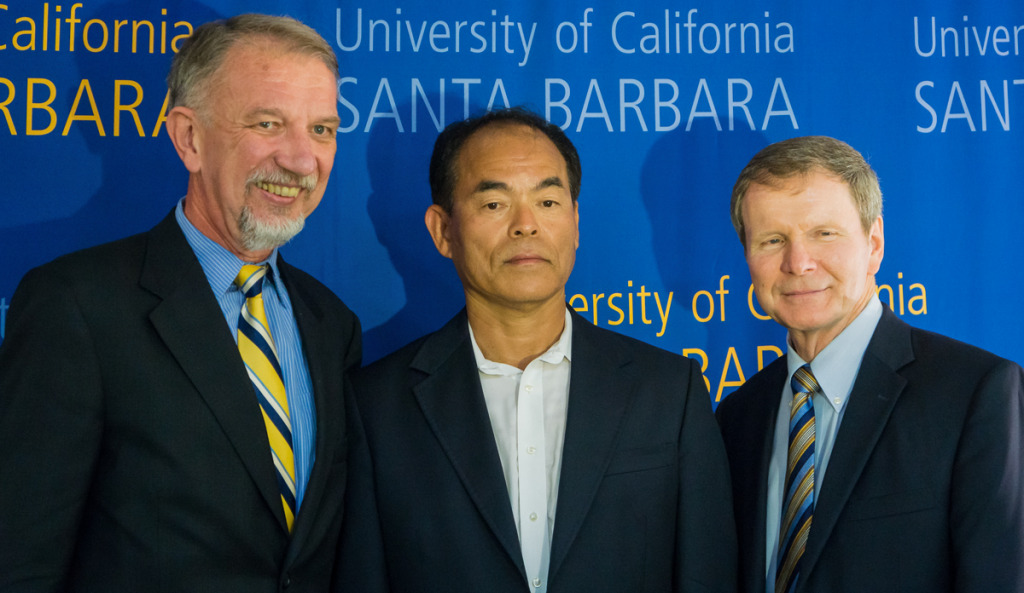 Materials professor and recipient of the 2014 Nobel Prize for Physics Shuji Nakamura was named a fellow of the National Academy of Inventors (NAI) on Dec 16.

Nakamura will be inducted into NAI on March 20, along with 170 other newly named NAI fellows, as part of the 4th Annual Conference of the National Academy of Inventors at the California Institute of Technology in Pasadena, where fellows will be awarded trophies, medals and rosette pins. The NAI is a non-profit organization with 414 fellows, collectively holding nearly 14,000 U.S. patents and representing over 150 institutions, and it serves to recognize inventors who hold U.S. Patents. Nominees must be named inventors on at least one patent issued by the United States Patent and Trademark Office and are chosen by their peers and then later approved by a selection committee.

Nakamura said in an email that he credits the NAI honor to his invention of the energy efficient blue light emitting diode (LED) and blue laser diodes, for which he was recently also awarded the 2014 Nobel Prize in physics. Nakmura also said his inspiration for his work comes from a deep examination of the world around him.

“I like to think about anything deeply to understand the mechanism behind the scene,” Nakamura said in an email.

“The NAI fellows are prolific innovators whose discoveries and inventions have fostered new ideas, products and companies that benefit their institutions and communities and are making an impact on society,” Sanberg said in an email.

NAI Vice President George Newkome, who himself holds 45 patents and has published 450 scientific papers, said Nakamura’s fellowship will lead the way for more faculty at the university to become NAI fellows in the future.

“I am very pleased that professor Nakamura was chosen to be a fellow of the National Academy of Inventors it is a true honor to be part of NAI and I am sure that many others from UCSB will be following in his footsteps,” Newkome said in an email.

According to DenBaars, Nakamura’s fellowship further reinforces his position as a world renown innovator and highlights the widely impactful effect he has made globally with his innvention of the LED.

“As a colleague and co-director of SSLEEC I am delighted that Shuji Nakamura is a new NAI Fellow,” DenBaars said in an email. “This is a strong endorsement of Shuji inventions and patents he has filed since coming to UCSB 14 years ago. This is indicative of Shuji’s innovative research and world-leading status of UCSB’s materials department.”

According to Mitragotri, Nakamura’s election to the NIA is a significant recognition of his accomplishments in physics and materials science.

“In addition to celebrating innovation, NAI enables the fellow to collectively think about some of the important aspects of promoting and sustaining academic innovation,” Mitragotri said in an email. “Shuji has made some of the most significant inventions of our generation. His election to NAI recognizes his accomplishments.”