The Daily Nexus
Sports
Men’s Basketball Set for Rematch Against FGCU
January 5, 2015 at 5:00 am by Mark Salay 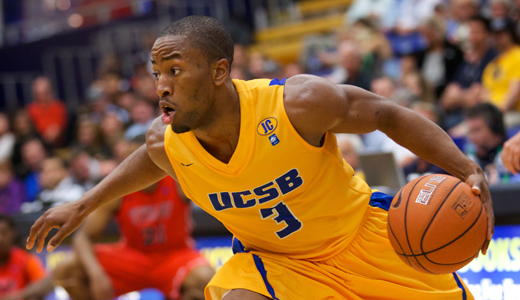 One game before the start of Big West conference play, the UCSB men’s basketball team will face one last test, a rematch against Florida Gulf Coast University tonight at the Thunderdome.

The two teams previously met in November, which was UCSB’s second game of the season. The Gauchos narrowly lost to the Eagles, an 81-75 defeat in overtime with senior center Alan Williams delivering his first monster game of the season. Big Al scored a game-high 29 points and 16 rebounds, including a pair of free throws under pressure to send the game into overtime.

Florida Gulf Coast will need to contain Williams for it to stay in contention on the road. For UCSB, just as important as getting Big Al the ball will be defending senior guard Brett Comer. Comer torched the Gauchos for 28 points and ran the offense efficiently, posting 11 assists.

Aside from going inside to Williams for offense, the Gauchos must get scoring from their perimeter players as well to take advantage of the defenders Big Al draws. Santa Barbara shot a lowly 5-23 from three-point range in the first meeting between the teams. Poor shooting from three compounded by foul trouble limited the Gauchos’ offense that day.

Despite the challenge the Eagles provide, UCSB comes in with some momentum after defeating Vermont in its previous game last Friday.

The Gauchos enter the contest with a record of 6-7 after their 64-57 win over the Catamounts. A huge defensive effort from the Gauchos in the final minutes of the game made it possible for Santa Barbara to overcome a second-half deficit and bypass a good Vermont team. Previously, UCSB suffered two defeats from Pac-12 teams Oregon and Oregon State on the road.

Santa Barbara forced overtime against the Ducks in its Dec. 22 contest. However, the team failed to take advantage of key opportunities, losing 82-78. Against Oregon State a week later, UCSB started the game on fire, making 10 of 14 shots to jump out to a 26-10 lead in the first half. The tide quickly changed as the Beavers outhustled UCSB and mounted a comeback as a result of turnovers committed by the Gauchos.

OSU ended the half with a one-point lead and applied more pressure in the second half to easily win 76-64.

With the Gauchos set to begin conference play on Saturday on the road against Cal Poly, tonight’s match will provide one last opportunity for UCSB to play against a competitive mid-major opponent.

Tip-off at the Thunderdome is set for 7 p.m.