The Daily Nexus
News
Volunteers Bring Showers to Homeless
December 5, 2014 at 12:06 am by Danny Kolosta 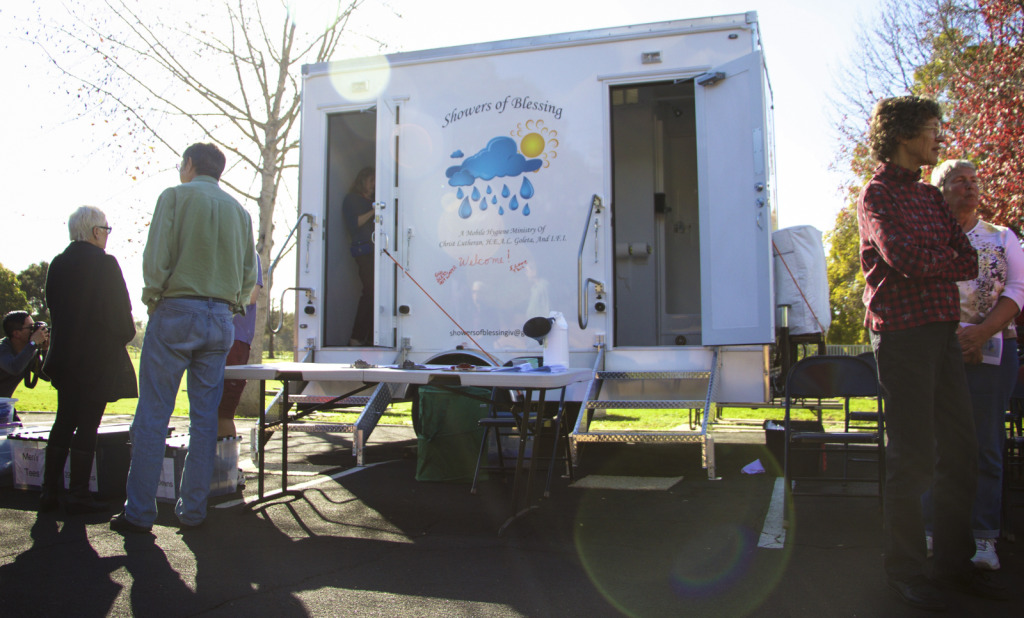 The trailer has two compartments. Each compartment includes a sink, a toilet and a shower. Stephen Manga/Daily Nexus

Volunteers from several Goleta and Isla Vista churches and the Interfaith Initiative of Santa Barbara County offered free showers and fresh clothes to homeless locals at the Christ Lutheran Church in Goleta yesterday.

Members of Hope, Empowerment and Love (H.E.A.L.), an Interfaith Initiative project, operated the two-unit trailer showers along with representatives from Congresswoman Lois Capps’s office, with 10 people showing up to use the showers and receive free food and clothing. Volunteers organizing the free shower service hope to continue operations and eventually have the service available five days a week.

Street Health Outreach student representative and first-year computer science major Alex Shrestha said that aside from providing in-need individuals with hygiene and free provisions, the event is also aimed at changing stereotypes regarding poverty and homelessness.

“It’s hard to know who is homeless and who is not homeless,” Shrestha said. “For people who live on the street it’s just nice for them to have a shower.”

According to Reverend Ron Cox of Christ Lutheran Church in Goleta, giving homeless individuals the opportunity to receive proper hygiene can alter commonly-held perceptions about them.

“We put people in boxes, and that’s got to change. People are people,” Cox said. “Anybody can wind up on the street.”

Shower trailer operator Linda McDaid, who was once homeless, said her experiences living in poverty have inspired her help alleviate issues faced by homeless individuals today.

“The opportunity [to volunteer] came my way, and it was perfect for me,” McDaid said. “It’s a great thing to do for people.” 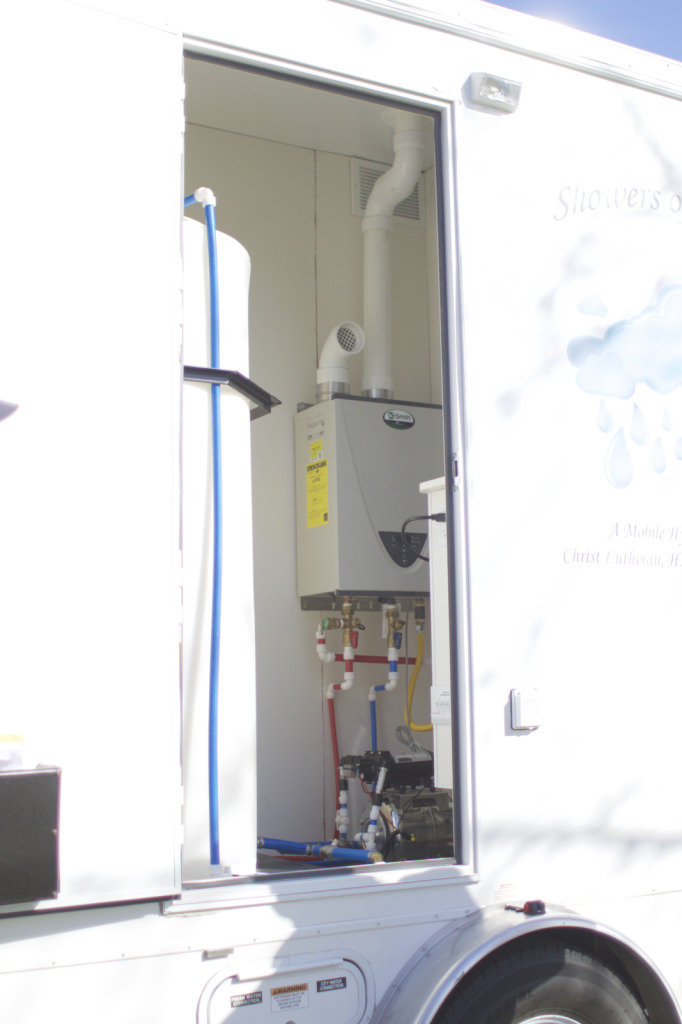 The showers can use energy stored in batteries or city power to heat the water. Stephen Manga/Daily Nexus

According to McDaid, H.E.A.L. shower trailers have operated before at St. Michael’s University Church in I.V. before moving to their new location in Goleta, however H.E.A.L. plans to operate the shower trailer throughout Goleta, I.V. and the city of Santa Barbara in order to provide for more people in need of provisions and proper hygiene.

Receiving around 10 people per day, McDaid said H.E.A.L. hopes to expand the project and transfer the trailer to St. Mark’s University Parish in I.V. and eventually to the Goleta Valley Community Center in Goleta.

“We were slowly starting out, but we want to get up to operating five days a week,” McDaid said.

Coordinator of H.E.A.L. Reverend Doug Miller said there has been good student volunteer turnout so far, but he hopes to see more student involvement in the future.

“We want to make a connection between the Isla Vista community and the academic community,” Miller said. “It’s an opportunity to show compassion and be a next step in helping people feel good about themselves.”

According to Miller, H.E.A.L. and churches involved with the group have developed personal relationships with many of the people who use the free showers.

“Most of the people we have gotten to know are angels, and we love being around them,” Miller said.

Miller also said the shower program and other programs like it aim to provide a sense of “civic friendship” for all community members, regardless of their economic standing or social status.

I heard about this through my sister wow what a good idea try to help the homeless through non profit organization. Is there a company that makes this portal shower so I can buy one for our county in southern Illinois.