The Daily Nexus
Sports
Year In Review: Off Field Issues Take Center Stage
December 4, 2014 at 5:00 am by Mark Salay 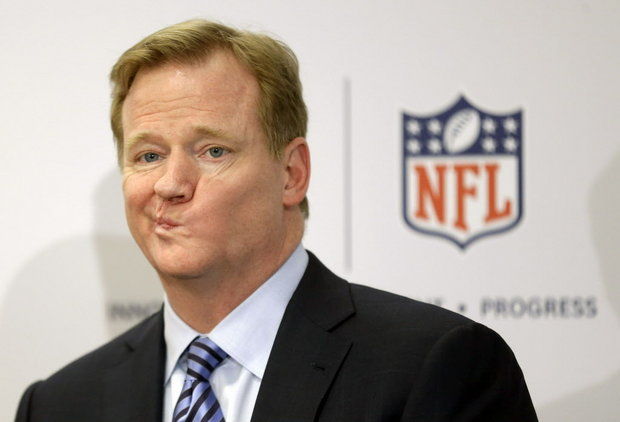 For as much as sports enthusiasts will try to remember this year as one where champions were crowned and athletes entered the record books, 2014 will be remembered for what transpired off the field.

On Feb. 2, the Seattle Seahawks claimed their first Super Bowl title by completely dominating Peyton Manning and the Broncos. 112.2 million viewers watched the game, the most watched program in U.S. history.

The NFL was on top of the entertainment world and NFL commissioner Roger Goodell was laughing all the way to the bank. That changed a week later in an elevator in Atlantic City.

The Ray Rice scandal has plagued the NFL the entire season and brought shame on the league. Goodell could have taken matters into his own hands and penalized Rice from the beginning.

Instead, he opted suspending the Baltimore Raven for only two games, and not until video of Rice knocking out his fiancée was released for public viewing — creating a media firestorm and causing the league to lose sponsors — did Goodell take serious action.

Then, a serious of other domestic violence cases surrounding more NFL players came to light and the league found itself in a public image crisis.

Rice’s situation was only the tip of the iceberg. Early into the season, Minnesota Vikings running back Adrian Peterson was indicted for reckless or negligent injury to a child, that child being his four-year-old son. The child suffered from cuts, lacerations and bruises. He told authorities, “There are a lot of belts in Daddy’s closet.”

What should have been a year in which we saw if the Seahawks could repeat and watched J.J. Watt dominate opposing teams, has been overcast by player conduct off the field.

But the NFL wasn’t the only league this year to shy away from scandal. In April, recorded audio of Clippers owner Donald Sterling making racist remarks was released, causing outcry from fans, players and other people within the league.

Unlike Goodell, new NBA commissioner Adam Silver realized the gravity of Sterling’s remarks and took the appropriate action against him, banning the owner from the league for life.

That’s what separates the two commissioners. One is concerned solely with profits, while the other is aware of his league’s place in society and is taking a stance for what is right.

Despite controversy off the field, there were truly inspirational moments that reinforced why we love sports so much. Take for instance Mo’ne Davis, a Little League pitcher from Philadelphia who became the first girl to throw a shutout in the Little League World Series. Her New Year’s resolution: keep on throwing like a girl.

Or how about Derek Jeter’s final farewell at Yankee Stadium. The 20-year veteran ended his legendary career with a game-winning hit in the bottom of the ninth inning. At that moment, one play captured the essence of a brilliant career.

With only a few months left to play, the NCAA decided to reschedule MSJ’s home opener so Hill could play. She had four points and said during the game, “Let’s not call this my last game. This is my first collegiate game.”

So sports fans, although this might not have been the best year, keep in mind that for every league embarrassment there are a thousand more stories like Lauren Hill’s, and that’s what keeps us coming back.

A version of this article appeared on page 9 of December 4, 2014’s print edition of the Daily Nexus.