The Daily Nexus
Swim and Dive
Swim Sends Six Athletes to Compete in Texas Invitational
December 4, 2014 at 4:50 am by Daniel Moebus-Bowles 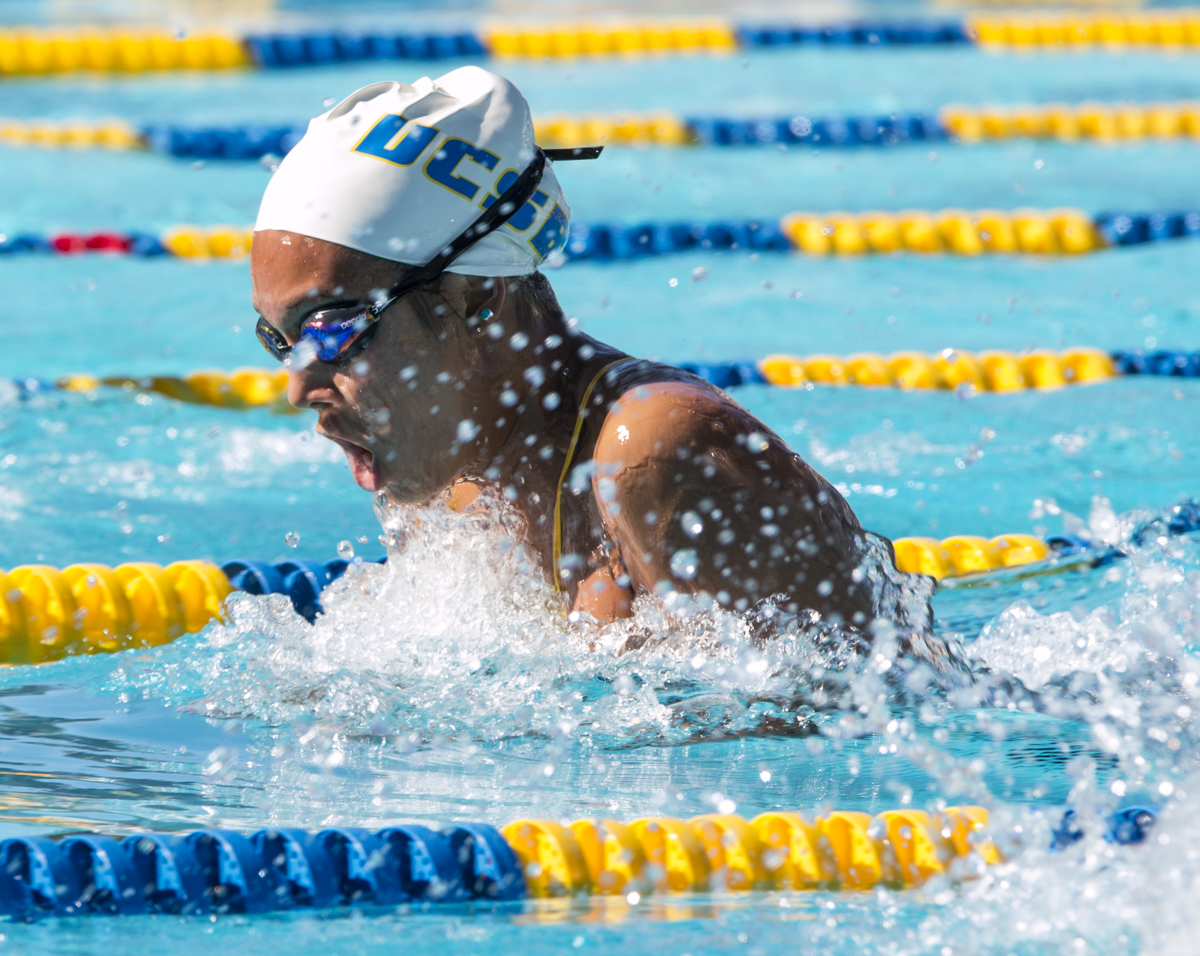 Six swimmers, including five for the men’s team and one for the women’s, are headed out of state to represent UCSB at the University of Texas. (Alex Gonzalez/Daily Nexus)

Today, a few proven Gauchos will represent the UCSB men’s and women’s swimming teams at the University of Texas to open the Texas Invitational.

The last action that the Gauchos have seen came a few weeks ago at the A3 Performance Invitational, where the men’s team took first place and the women’s took third. After the short break, six athletes are ready to take on a new challenge heading to the Lone Star State. They will face opponents from some familiar schools such as UC Davis and Wyoming, as well as some new schools such as Notre Dame and Harvard.

Representing the Gauchos on the women’s side will be just one dominant athlete who has had a phenomenal season up to this point: breaststroker Katie Records. The senior will look to flaunt her unmatchable breaststroke ability against this tough competition.

Records is most recently coming off of a successful performance at the A3 Performance Invitational where she helped lead her team to their third-place standing. She took first place in the 200-yard breaststroke event with a quick time of 2:13.56.

The men’s team will send a diverse medley of talent in their five chosen athletes. Seniors Andrew Barmann, Chase Lemley and Wade Allen will be leading the way as they bring their veteran experience to the competition. Junior Mickey Mowry and sophomore Yoessef Tibazi will be in participation as well.

Allen will be competing in his usual sprinting events for the Gauchos. In the 100-yard freestyle race at the A3 Invitational, he came in at a time of 44.02 seconds to take first place. He also helped his 400-yard freestyle relay team seal second place in the last event of the day.

Barmann will be ready to capitalize in the long distance events in his final year at UCSB. He has found himself on top of the 1000-yard freestyle multiple times this season already. Lemley will be taking the other freestyle events in the mid-range distance with the 200-yard and 400-yard.

Mowry helped his team take gold in their last meet by taking first place in the 200-yard fly with a time of 1:44.84.

Tibazi is well known for his strength in the butterfly events and he will join Mowry as the two look to show off in all the fly events.

The first event is set to start today at 10 a.m. at the University of Texas in the Lee and Joe Jamail Texas Swimming Center.

A version of this article appeared on page 8 of December 4, 2014’s print edition of the Daily Nexus.